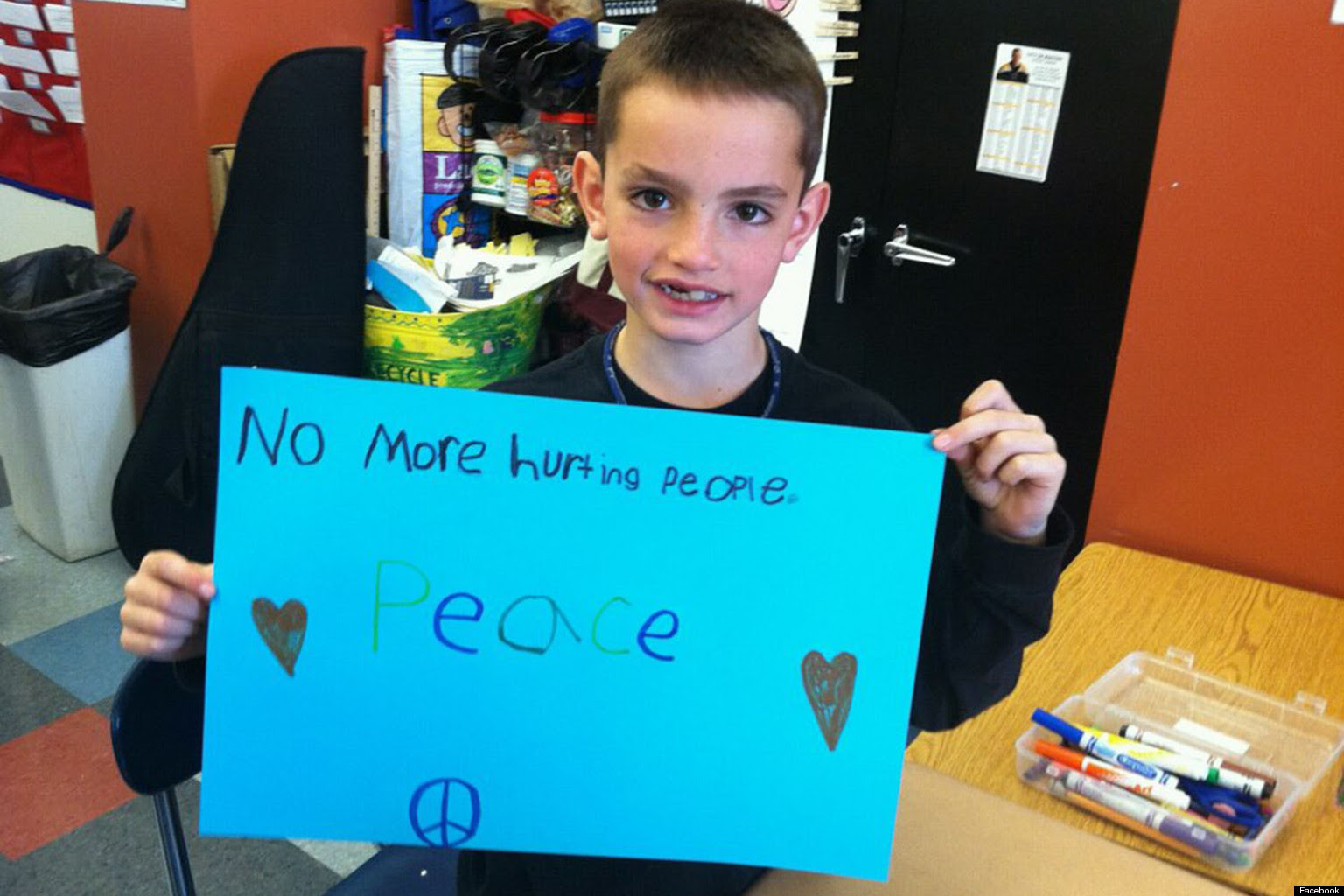 from The Huffington Post: Third grader Martin Richard died Monday waiting for his father to cross the finish line at the Boston Marathon. His mother and 6-year-old sister were injured severely. Lucia Brawley, a friend of Martin's former teacher, posted a photo on Facebook of the 8-year-old holding a sign with an important -- and now haunting -- message.

smf: I am reminded of an interview I saw on TV in another equally complicated time. A rookie war correspondent was covering the action of a MediEvac chopper during the Vietnam War;  they had just extracted a casualty from the front lines – a young soldier who had died in a rice paddy thousands of miles from home.

She looked at the young soldier dead on the cold metal floor of the Huey.

“He’s so young,” she remarked to to the pilot – an experienced veteran probably only a few years older than the dead infantryman.

Martin Richards gets no older than eight-years-old.

The twenty first-graders and six adults at Sandy Hook Elementary will have no more birthdays and anniversaries beyond December 14, 2012. They are memories …and terribly important ones.