Mayor Bloomberg …Mayor Tony?  Not so much!

As a high-performing teacher at a high-achieving elementary school, she has a real-life perspective on what happens in the classroom and on how to best help disadvantaged students. 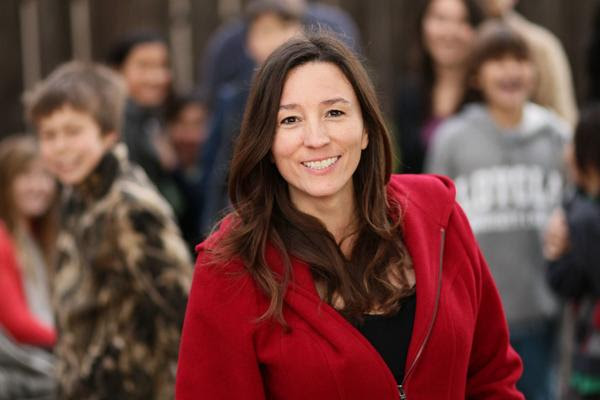 April 26, 2013  ::  Voters in the Los Angeles Unified School District have an opportunity to elect a refreshingly knowledgeable and independent teacher to the school board.

Unlike her opponent in District 6, Monica Ratliff doesn't have big money or big names behind her campaign, so voters are probably less familiar with her. But as a high-performing teacher at a high-achieving elementary school where all of the children are poor and most aren't fluent in English, she has a ground-level, real-life perspective on what happens in the classroom and on how to best help disadvantaged students. It's a perspective that the current board, with its tendency to hand down mandates that are often ignored at the school level, could use.

Ratliff, who was a public interest lawyer before she became a teacher, advocates smart solutions to vexing issues — such as improving instruction by giving weak teachers time to sit in on the classes of highly effective ones. She is neither a gung-ho member of the school reform movement nor a backer of the union's anti-reform rhetoric.

The Times endorsed Ratliff in the March primary for these reasons, but the editorial board reconsidered that endorsement after L.A. School Report, a news website about L.A. Unified, disclosed a comment she had made. She would, she said, terminate Supt. John Deasy's contract and initiate a new search for a superintendent, in which he would be invited to reapply.

That would be a mistake. Deasy has overall been a strong, positive force for change in the district.

When asked about her comment, Ratliff told The Times' editorial board that she was reacting to complaints that Deasy was hired without a search. But she said that she thought he'd been a strong leader and that if she were in a position to decide on Deasy's contract today, she would vote to renew it.

We're taking her at her word, which is in keeping with her platform. Ratliff isn't enamored of everything Deasy has done (neither are we), but all along she has stated agreement with his concerns about tenure being granted too quickly and the dismissal of poor teachers being too long and difficult a process.

The Deasy comment does reveal a weak spot of Ratliff's, though: She is smart and knowledgeable about education but politically naive — the opposite of Antonio Sanchez, her opponent for the seat. Sanchez, who previously worked for Mayor Antonio Villaraigosa and the L.A. Federation of Labor, is a genial candidate who knows how to build political connections — he has, for instance, won the financially substantial backing of school reformers — but he lacks educational expertise and his positions are unclear. He tends to speak in political platitudes about key issues rather than offering specifics. For this school board at this time, the better candidate is the one who knows education — the teacher.

There are two candidates.

One–Monica Ratliff–is a working classroom teacher, the other worked on the staff of corporate-friendly Mayor Villaraigosa and has no education experience.

The teachers’ union supported both candidates, hedging their bets.

The mayor’s candidate has the support of the super-elite, the billionaires and their surrogates who don’t like public education, disparage teachers, and defend the status quo. That candidate will have a campaign chest of at least $1 million. Mayor Bloomberg of New York City gave $350,000. Rhee gave $100,000. Eli Broad gave $250,000. More is on the way.

She was raised in Arizona by a single mother from Mexico. Her dad was born in Ohio; he died when Monica was 13, the oldest of 3 kids. She got a National Hispanic Scholarship to attend Columbia University. After she graduated, she went to Columbia Law School.

After Monica finished law school, she worked for the NAACP as a public interest lawyer, helping poor people with their legal problems.

After working as a public interest lawyer, Monica decided to become a teacher. She earned a masters degree in education at UCLA and got a teaching job at San Pedro Elementary school, a high-poverty school. She has been teaching there for 11 years. She has taught 3rd, 4th, and 5th grades. Her peers chose her as their union rep for UTLA. She recently was elected to the House of Reps of UTLA.

The third place finisher Maria Cano has endorsed Monica, as has the retired board member of the district, Julie Korenstein. So has current board member Bennett Kayser.

She has been endorsed by Republican Supervisor Mike Antonovich on the right and Assemblywoman Jackie Goldberg on the left.

Monica is still in the classroom. She doesn’t campaign between 7:30 am and 2:45 pm because she is teaching fifth grade.

The LA Times has endorsed her, because of her experience as a teacher, as has the LA Daily News.

Monica will be overwhelmingly outspent. She can win if friends of public education turn out to vote.

She needs our help.

If everyone who loves teachers sends Monica a gift of any size, she would be the best-funded candidate in the race. Send whatever you can afford.

Please help Monica Ratliff if you can.