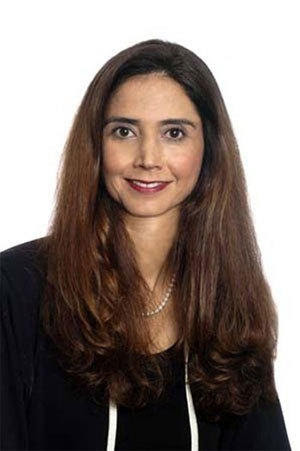 The 55-year-old Melendez, a former Obama administration official, was talked about in recent times as a contender for the top job at the nation’s second-largest school system.

At L.A. Unified, Melendez will serve as second-in-command for Beyond the Bell, a division that oversees after-school programs, among other functions. She's likely to take over that department after the anticipated retirement of the current head, L.A. schools Supt. John Deasy said.

“I’m very thrilled to have someone of her talent and experience to help us in LAUSD,” Deasy said. “And someone with her extensive knowledge of English learners.”

Beyond the Bell focuses on activities outside the traditional school day, where there is often interplay with a city-sponsored program, a natural fit for Melendez, Deasy added.

In the mayor’s office, Melendez has played a low-profile role on behalf of L.A. Mayor Eric Garcetti. That approach was in keeping with a mayor who has been intentionally less visible in the day-to-day affairs of L.A. Unified than his predecessor, Antonio Villaraigosa.

Melendez “has been a valuable member of our team, working on important programs that will improve the lives of young people in L.A., including increasing youth work and learning opportunities in the summer,” Garcetti said in a statement. “I congratulate her on this exciting new opportunity with LAUSD and am sure our work together will continue."

Before joining the mayor’s office, Melendez headed Santa Ana Unified in Orange County, among the state's largest school systems, for two years until her surprise retirement.

In Santa Ana, she developed a broad strategic plan, including a rapid transition to new learning standards adopted by the state. From 2009 to 2011, she served as assistant secretary for elementary and secondary schooling in the U.S. Department of Education. Before that, she headed Pomona Unified for about three years.

Melendez had an often rocky relationship with the teachers union in Santa Ana. Among other issues, the union had criticized a new discipline policy that it said led initially to classroom disruption.

Melendez’s salary will be $140,000, about the same as what she was earning at the mayor’s office.

Deasy also is bringing on retired administrator Maria Casillas as the interim replacement for Department Supt. Jaime Aquino, who left at the end of the year. Aquino was the No. 2 district official.

Casillas won’t be charged with setting policy, but will be a valuable and needed hand on deck until Aquino’s permanent replacement can be found. Casillas will be receiving a relatively nominal salary so that she can maintain her retirement benefits, according to L.A. Unified.

Most recently, she had headed the division in charge of parent education and engagement.