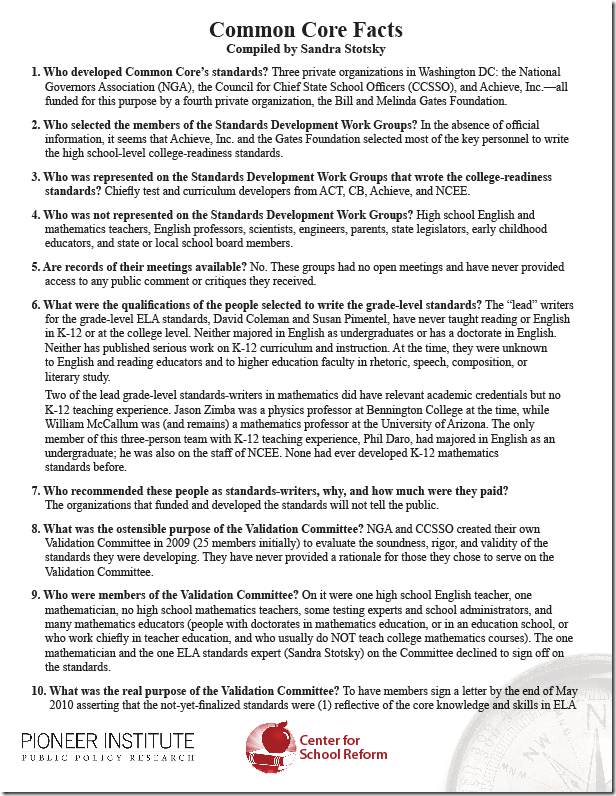 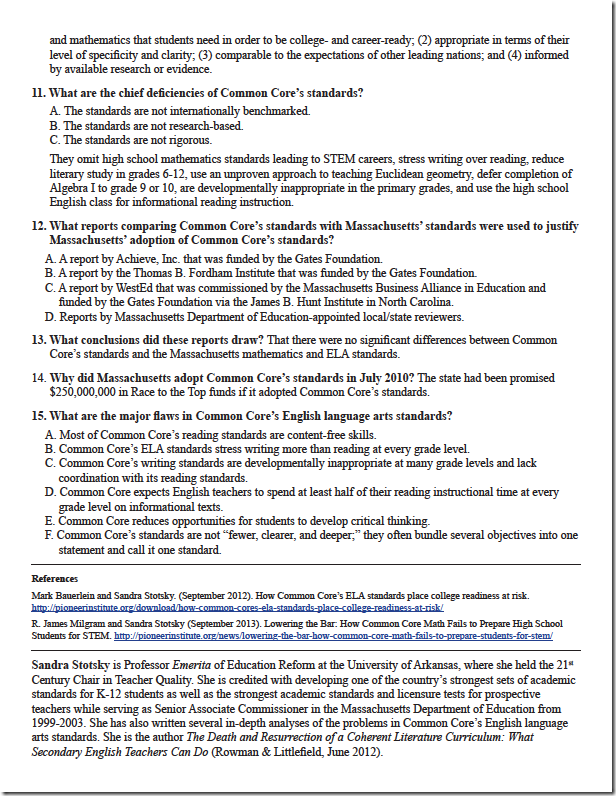 smf: Phil Daro, named  above as a staffer of NCEE (National Center for Education and the Economy – Gates, Broad, Apple, Walton – complete list of funders HERE) currently works for Pearson Learning, LLC – and with no apparent conflict of interest whatsoever -  is advertised by Pearson as a developer of the Common Core Standards AND the Pearson Common Core System of Courses.

The Pioneer Institute: Since 2009, Pioneer has led the campaign against Common Core national education standards and federal control of K-12 education policy, publishing a series of reports showing that the state’s adoption of national standards weakens the quality of academic content in Massachusetts’ classrooms, and raising serious questions about the legality and the costs of Common Core. They are funded through donations.