Two-thirds of all bond funds spent on computers outside the iPad/CCTP program is spent in one board district. 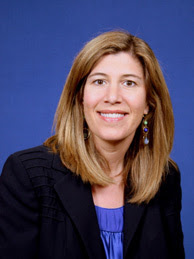 February 27th, 2014, 2:21pm  ::  Los Angeles Unified school board member Tamar Galatzan wants to spend $290,000 in bond money for computer labs for five of her San Fernando district's elementary schools. The new computers, which include a range of tablets, desktops and laptops, will come in addition to L.A. Unified's plan to equip all students with an iPad.

L.A. Unified has spent about $4.5 million in bonds on computers in addition to the iPad program since 2011, according to its 2013 Strategic Execution Plan. Two thirds of that money - $3 million - is planned to be spent on Galatzan's district - the western San Fernando Valley.

Earlier this month, officials at L.A. Unified acknowledged they don't consider existing computer inventories when requesting iPads as part of their initiative to equip every teacher and student with a tablet. They also said estimates of how many computers they have on hand already are shaky, because the district stopped inventorying them after the recession, to save money.

By April, new iPads will be in all but seven district schools - though there will not yet be enough for every student to have his or her own.  The remaining seven schools will pilot a laptop for every student instead.