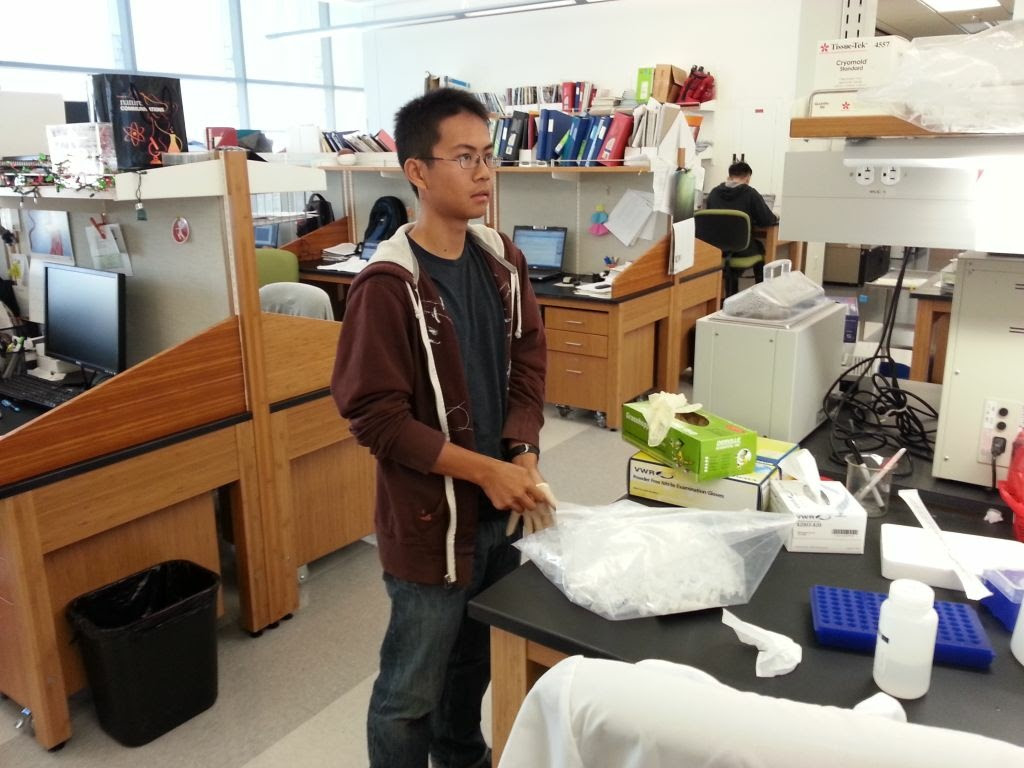 12 Nov 2014  ::  6am  ::  With a Friday deadline approaching to get applications in for Los Angeles Unified School District magnet schools, some families find the process time-consuming and frustrating.

One parent they turn to for help is Angel Zobel-Rodriguez, whose experience applying to magnet programs for her 8th-grader led to the launch of her Ask A Magnet Yenta website. There she doles out free advice to parents trying to get their children into the highly sought-after magnet programs.

"I’ve had people that have been trying to figure out which magnet to apply for while the child is in utero," she said.

She praised the Los Angeles Unified School District for its new magnet program webpage and for putting the program’s brochure online. However, the process has a way to go to make it easier for families, said Zobel-Rodriguez.

“The next question is almost always, which race is it better to be,” she said.

Students can be of any race, but L.A. Unified grants points if their home school is mostly Hispanic, Black, Asian or of another non-Anglo population.

The school district organizes meet-and-greets on magnet schools so parents can find out more information about applying. It also includes in its brochure how many applications are received for open spots, which lets parents know the odds of a student getting into a program.

According to California Department of Education data, L.A. Unified enrollment ballooned from 31,060 in the 2012-2013 school year to 64,710 the following year.

Some schools get far more applications than they have openings for magnet programs. This school year, the Los Angeles Center for Enriched Studies received over 3,000 applications and has just 235 openings for 2015-2016. High-demand programs include those at Hamilton High School, Cleveland High School, and the Sherman Oaks Center for Enriched Studies.

Fifteen years ago, when there were few charter schools, parents looked to magnet schools as alternatives to their home district schools. With the proliferation of charters, especially in the Los Angeles area, school district administrators are opening more magnets to keep students from leaving regular public schools.

The district recently opened a dozen new magnet programs with more to come.

Of all the magnet application hurdles, Zobel-Rodriguez wants the district to fix one particular pain point for parents.

“Don’t make people wait," she said.  "I don’t understand why the application deadline is Nov. 15 [Nov. 14 this year] and they can’t let people know until the middle of April."

The more things change, the more they stay the same.

A kazillion years ago, before Ray Cortines became LAUSD superintendent the first time – in the late twentieth century –  a Mount Washington Elementary School parent, Connie Rohman, wrote a short paper about how to play the magnet game – a cheat sheet on how to accumulate magnet points so that your child could actually attend the magnet school of your choice when the time came.

Because, gentle readers, the LAUSD Magnet Program is the District’s first and best and most successful School Choice Program – it predates Charter Schools and SAS and PSC and Pilots and all the rest. The Magnet Program was founded in social justice – it was an attempt to create voluntary school integration; a voluntary way to implement a court ordered consent decree. And because it was a court ordered program administered by LAUSD it was complicated bureaucratically, legally and administrivially -  and very, very hard to understand. It was a system mired in bureaucracy ….and it was a system that could be gamed if you were clever and patient enough!

Welcome to my world.

Connie’s Treatise on How to Play the Magnet Game was informative, concise,and authentic: it was gospel – popular and handed down from parent to parent, the Xerox copies getting fuzzier with every generation. Even before this blog became reality it came into my hands, For a couple of years I editorially reworked it as the rules changed -  and published it on the new fangled internet. I would give an annual presentation to Mt Washington parents – and actually traveled to other schools spreading Connie’s Magnet Gospel: Go forth and magnify.

The Magnet Game is much like Chutes and Ladders combined with Truth or Dare; it a game of bluff and gambit – but it’s played for keeps! If you make a mistake you can lose your your accumulated magnet points – or your child could get accepted into a school you didn’t really intend.  One friend applied to a magnet school across town that never has openings to obtain rejection points – and was accepted!  In panic she said her accepted child was a twin and she couldn’t possibly break up the set! The school took the twin too – and Mount Washington lost two great kids and a PTA mom on the fast track to PTA president.

Anyway, Sandra Tsing Loh came along and turned the Magnet Game into a performance art routine called Martinis & Magnets – and Sandra and I merrily coexisted for a year or two as the resident experts on all things magnet. We were even invited downtown to help simplify the magnet brochure …and we tried to help but I’m not sure we did. Sandra became a NPR celebrity and Atlantic Monthly Contributing Editor and I disappeared off the magnet map. Sandra’s program continues as Ask a Magnet,Yenta, sans adult beverages. A great loss.

In undue course John Deasy came along and – wrapped in the mantle of social justice - predictably tried to improve the magnet system by cutting funding+support+transportation and forcing schools unwillingly into the shell of it; enough said about that and him

The application process continues.Read the instructions carefully. Read them twice and three times. Do your homework. Meet the deadlines. Make copies of your application, you will need them – the District will lose their copy. Follow up. If you really like a school you are applying to make nice with the magnet coordinator. While he or she  may not like chocolate and champagne gift baskets with truffles and foix gras, they will like that parent who might be willing to serve on the School Site Council. Or go to Board Meeting downtown and talk about their school.