IT’S NOT THE INSTITUTIONS, IT’S THE WAY WE LET THEM BE MANAGED 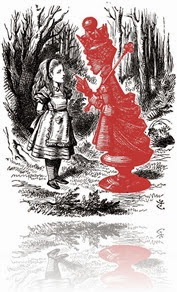 Monday Nov 24 2014  ::  Why do some people seem to hate public institutions so? I just don’t get it. They apparently want public services, but won’t pay for them or don’t want to, and in a twist of killing the messenger, seem to express all this in a vicious hatred for middle management bureaucrats.

The type section for this suite of disjointed prejudices lies in Education of course.   Obviously we want the world’s best-educated next generation to own all the world’s resources and keep us in our golden years roaming the world via luxurious cruise ships. We fuss and whinge about international standardized tests and our loss of intellectual (as a surrogate for economic) supremacy to – to whom? To some other country, maybe a Superpower, maybe not – just anyone else. It’s all just too much, we can’t be not-number one. Never mind that various other metrices don’t even rank us so poorly at that, still we are spooked to the point of panic and precipitous curricular upheaval in reaction to the untenable notion of being not-number one.

But will we pay for a number-one Educational system? Will we adopt the behaviours of higher-ranking countries that treat teachers as honorable, highly remunerated professionals? No way, uh-huh, nope, yougottabekiddingme. All that panic seems to find outlet instead in simply excoriating public servants as a class (though not perhaps individually, everyone still loves their own school, their own teachers) but without recourse to mitigate their lot or our condition either. Thus the class of civil servants tasked with, say, teaching assumes a double-whammy of ignominy and poverty. Thrashed for doing a “poor job” for pay inadequate to commanding respect. Du-wha?

I had the task of assisting a pair of delightful octogenarians recently who were rightfully putout about having been forced to walk a half-mile to a public concert along cracked and broken sidewalks, despite holding a handicapped parking hanger to accommodate one who was hobbling along in a back brace. The lot where they might have parked was closed for lack of personnel to open it. They asked: “who can we talk to about this“? And the answer is: the rest of your fellow citizens who don’t pay enough to maintain our cities’ infrastructure, including sidewalks and city schools and personnel to have opened its parking lot thereby obviating their suffering.

In LAUSD, we don’t pay for enough teachers or staff, and those currently on payroll don’t receive enough of it. period.

This is a seemingly untenable truth, resulting in fury about the state of schools and those who comprise its state (teachers, school-site administrators), without reference to what composes the problem: insufficient funds throttled upstream. Thus the ultimate reasons for insufficiency may not simply be insufficient monies paying into the public fund, because dollars get grabbed at every stop in a massive hierarchy designed to feed on itself. The problem lies with those managing the institution from the top down, not the inherent nature of the institution, and certainly not with its ramifications at the “street-level”.

Where collateral ramifications amplify to enormous effect for: the well-being of our own children, obviously; for that precious external metric of superiority; for the stability of a working middle class that would teach those children; for the future of our society that is composed of these children; for our own position in that society as we become “redundant” with age; for the potential of society to maintain itself as a balanced, economic entity – when we husband our private resources and starve a public purse (whether directly or effectively, through poor management) there is grand, long-term consequences to the essence of our way of life. It is future generations who pay for mid-level stinginess and a failure to attach appropriate responsibility to management by and from the top.

Meanwhile the misplaced fury and prejudice toward public institutions and its stalwart personnel carries collateral damage. Killing the messenger without thought toward who sent the courier. Manifested in blatant dismissive presumptions of failure exemplified by this.

So much presumed disdain for “public schools” without reference to those who comprise it. So much disdain for a neighborhood institution that families flee into private schools or nominally “public” charter “choices”, effectively funneling public monies into private hands for little reciprocal benefit. Rather than address problems specifically, with upper-management or corruption surrounding budgets or contracts, a broad brush is used to paint disdain and dismissal of the broad notion of public service.

This goes for congress, for city council, for school politicians – we erupt in disdain and anger without recognizing we are shooting our own selves in the foot. By improperly husbanding public services like sidewalks and schools and the public budget for all of these, we wind up one day eighty years old and infirm, and unable to negotiate our way through public space.   Rather than nurture a functional mid-level of public servants we are left with a decrepit commons, crumbling amidst corruption and nothing but an opaque and narrow, parallel, self-selecting and self-serving, private sector.

The proper response to the outrage of children violated at Miramonte, as well as the subsequent millions strained from the budget to remunerate victims at the expense of future generations, is to decry entrenched upper-level mis-management and corruption that fails to identify monstrosities. With a school administration that actually affects feedback of teachers, that supports them and watches them and aides them while simultaneously, honestly, ceasing to excuse away problems (conducts a true analysis), with such leadership this all would all be different. If teachers were treated as respected professionals, evaluated authentically and paid concomitantly, it is hard to envision how this appalling behavior could have been sustained.

We need to recognize not only where the buck should stop, but demand accountability once it gets there. The problem with our public institutions is not with its civil servants or the system inherently. It is with its degenerate manifestation that would overfund elements to effectively shield a parasitic class hiding within its upper reaches. Not the teachers, not the students, not even the general budget but the administration that overlooked rogue teachers at Miramontes must be punished. Not the janitors, not the underpaid weekend staff, but the budget-eliminating, fiscally irresponsible community-shirking prop 13 must be recognized. We the public with the power of our vote must force better, true accountability from public institutions, not simply derivative finger-pointing and collective punishment. Now is the time to think about voting for better politicians at the top. Now is the time to start thinking about them.

On Thursday as I sit in the bosom of my family and give thanks for my blessings and my friends and for all we are about to receive,  I shall include among them The Red Queen and her intellect, her Queen's English, and – following an Oxford comma – her most excellent righteous indignation.    God save her and God bless us every one.