L.A. SCHOOLS WILL PAY VICTIMS IN CHILD ABUSE SCANDAL $139 MILLION – not including $30 million previously awarded and its own legal costs. 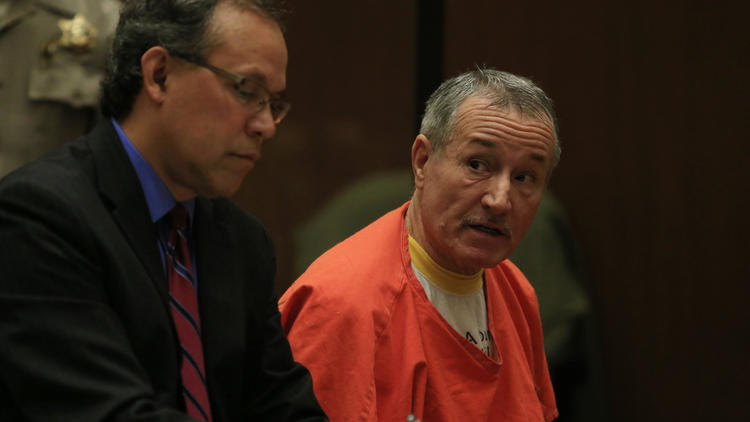 Nov 21, 2014 11:42 AM  ::  The L.A. Unified School District will pay out $139 million in settlements in the Miramonte Elementary School child abuse scandal, bringing nearer to a close the costly and lengthy case that led to changes in state law and district policies, attorneys said Friday.

The payouts will go to settle about 150 legal claims from former Miramonte students who were subjected to third-grade teacher Mark Berndt's lewd acts and their families.

"We hope that this will help the community heal and move forward," said L.A. Unified general counsel Dave Holmquist. "We really want the community to feel healed by this."

The court will independently review each claim and determine the appropriate amount for each of the 81 families involved.

Attorney John Manly, who represents 38 children and 25 parents who sought damages, said the settlement showed that the district taking responsibility for its failures.

We hope that this will help the community heal and move forward. We really want the community to feel healed by this. - Dave Holmquist, L.A. Unified general counsel

It “shows a level of culpability and contrition by the district that is appropriate, and the hope for all of us is that it will lead to reforms so this doesn’t happen to another child in Los Angeles.”

L.A. Unified Supt. Ramon Cortines said he believed the district would continue to work with parents and communities to better protect students. The agreement balances the goal of sparing children the trauma of a trial with that of reaching a fair settlement, he said.

“There is nothing more important to us than the safety of the students we serve,” Cortines said. “Our goal from the outset of these appalling revelations has been to spare the Miramonte community the anguish of a protracted trial, while at the same time being mindful of the financial consequences stemming from settlements. Given these circumstances, we believe we struck a balance between those objectives.”

Berndt pleaded no contest to the abuse charges a year ago and was sentenced to 25 years in prison, but the case against L.A. Unified has dragged out.

Dozens of claims were settled last year for about $30 million, but a contingent of parents and students opted to take their grievances to civil court, accusing L.A. Unified of not doing enough to protect students after receiving past complaints about Berndt.

The case triggered a review of employee files going back decades in an effort to rid the district of potential problem employees. L.A. Unified also submitted, or resubmitted, hundreds of reports of alleged misconduct to the state Commission on Teacher Credentialing.

Reports of possible misconduct ballooned. The week before Berndt's arrest there were 19. The following week yielded 77, according to district records.

Then-Supt. John Deasy removed scores of teachers from their classrooms. A zero-tolerance policy for employee misconduct was enforced.

The teachers union charged that the district was overreacting, holding teachers allegedly involved in misconduct in what they called "teacher jails" for far too long without giving them information on their cases and unjustly firing other instructors.

L.A. Unified also temporarily replaced the entire staff at Miramonte in the second half of the school year, and required all employees to take a course on the reporting of abuse.

In January, the district assembled a team of experienced law enforcement investigators to take over probes into sexual abuse. The team has since investigated dozens of new allegations and has operated at a quicker pace than when investigations were left to principals, according to figures provided by the district.

In direct response to the Miramonte case, Gov. Jerry Brown signed a bill earlier this year aimed at speeding the dismissal of public school teachers for gross misconduct.

At the center of the scandal was a teacher who was once invited to students' birthday parties and quinceañeras. Fond of Hawaiian shirts and class field trips, Berndt was known to hand out lollipops and silly nicknames. He joined children for dodgeball games, sent them holiday cards and managed to turn seemingly mundane topics into interesting lessons.

But in the fall of 2010, a drugstore photo technician processed a photo that showed a child blindfolded and gagged with clear tape. Other photos showed a spoon filled with a milky liquid, which was also seen in and around children's mouths. Los Angeles County sheriff's investigators began quietly looking into Berndt.

A detective found a spoon in Berndt's classroom trash can that looked like the one in the photos. It tested positive for traces of semen that matched Berndt's DNA.

Authorities later found that Berndt had been the target of a 1994 police investigation in which a girl accused the teacher of reaching toward her genitals while she was taking a test. Prosecutors had determined there was insufficient evidence to file charges.

Court documents released last month revealed that a parent had complained about Berndt as far back as 1983. The parent told the principal at the time that Berndt had dropped his pants during a student field trip to a museum. The principal made notes about the incident in a memo, but Berndt remained on staff.

"Thanks again for the support you gave me," Berndt wrote in a note to the principal. "I did learn at least one thing for sure! Not to take students to the museum while wearing baggy shorts!"

A 512-page report based on a two-year inquiry by the sheriff's department was also filled with allegations that Berndt touched children in a sexual manner and urged them to reciprocate. "There is a suggestion in the police report that Berndt watched videos of bondage of women, and that his taping of children was for Berndt some version of sexualized bondage," Judge Shepard Wiley wrote about the report.

In 2008, the district destroyed about 2,000 reports containing abuse allegations because officials determined that state law banned them from possessing the forms because of privacy rules, according to an L.A. Unified spokesman