Instead of interest consuming a third to one half of the total cost of the bond measure, interest for a technology bond will be about 5 percent of the cost. 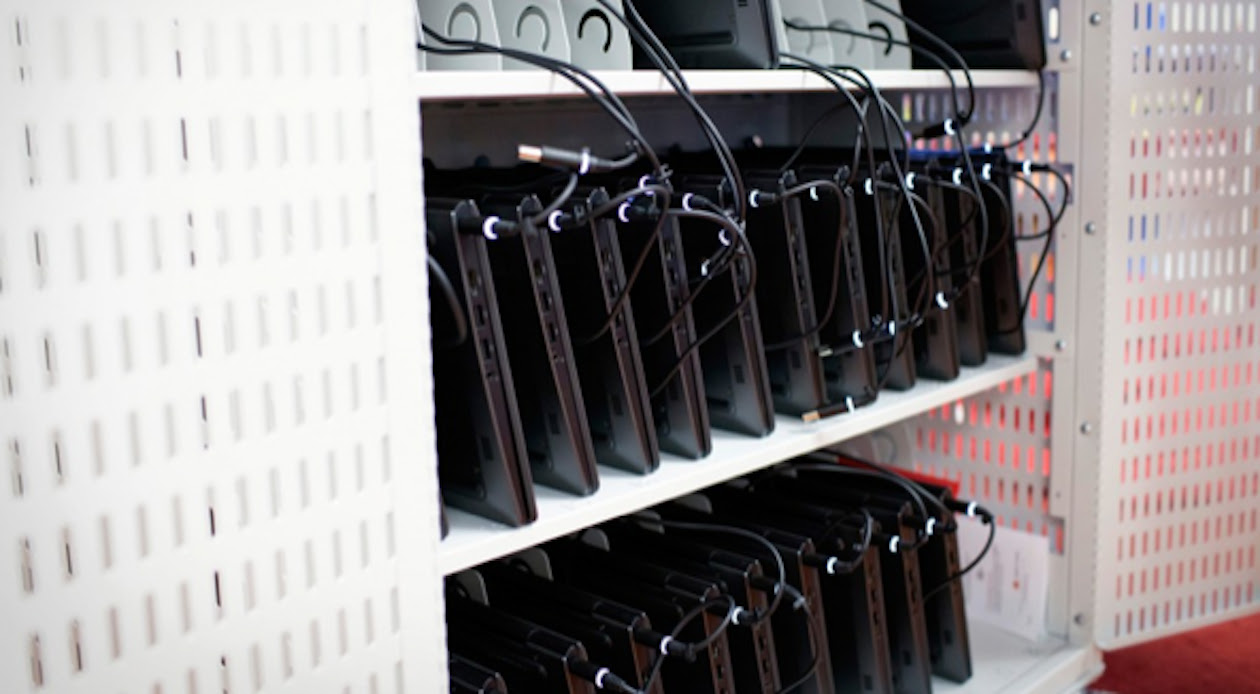 CREDIT: Lillian Mongeau / EdSource  ||  Most laptops and tablet computers need to be replaced every two to five years.

Called Ed-Tech Bonds, they are a series of low-interest, short-term bonds, with a three- to five-year payback period, each issued after the previous one is paid off. This schedule is designed to create a replacement cycle for equipment after it wears out – a constant challenge for school districts.

With the adoption of the Common Core State Standards, many school districts have wanted to upgrade school technology in order to have the capacity for online tests that start next spring and to take advantage of emerging digital curriculums and materials. But many districts can’t afford to fund equipment for technology out of operating budgets or persuade voters to pass a parcel tax – a flat increase in taxes paid by property owners – to finance upgrades. There was only one new school parcel tax anywhere in the state on the ballot Tuesday.

Voters in 89 school districts and community colleges passed construction bonds worth $11.5 billion, including the four Ed-Tech Bonds, out of the 113 on Tuesday’s ballot. Five more ballot measures were close enough that they may be approved when all the votes are counted, according to Michael Coleman, a fiscal policy expert and publisher of the California Local Government Finance Almanac. His election night tabulations can be found here. The 80 percent approval rate was about equal to the historical average, Coleman said.

An additional 35 school bonds worth $2 billion were passed in the June primary election, out of 44 on the ballot. The large combined total for the year – 124 bond measures worth $13.5 billion ­– reflects local districts’ recognition that they can no longer rely on the state to pitch in for school projects, said Ron Bennett, CEO of School Services of California, a consulting firm. The last state bond for school construction was in 2006, and Gov. Jerry Brown resisted efforts to place one on Tuesday’s ballot. In the past, the state has paid for 50 percent of a district’s new school construction and 60 percent of a renovation project. Brown has criticized the current criteria for funding projects and questioned whether the state should be responsible for school construction financing. Aides indicated he will propose new ideas in January.

Ed-Tech Bonds were developed and trademarked by Dale Scott & Company, a San Francisco financial advisory firm. They are one way to avoid the type of criticism aimed at districts – such as Los Angeles Unified – that have paid for iPads and other computer equipment using conventional 20- to 30-year school construction bonds. Though legal, the bonds violated the principle of finance that says the length of repayment should match the life of an asset. With heavy use and breakage, school laptops and tablets have a useful life of two to five years.

In the last few years, some districts have issued shorter-term bonds for technology purchases and upgrades. Ed-Tech Bonds offer a comprehensive program, Mark Farrell, senior financial adviser with Dale Scott & Company, said in a video interview about the bonds. “We think they are a fiscally responsible way for school districts to provide ongoing reliable funding of technology,” he said.

Instead of interest consuming a third to one half of the total cost of the bond measure, interest for a technology bond will be about 5 percent of the cost. Fees for issuing a multiple series of bonds will be higher with Ed-Tech Bonds – 4 percent instead of 1 percent. But the combination of fees and interest will still be substantially lower than conventional financing, saving money for taxpayers, the company says.

East Side Union, the largest high school district in Northern California with 24,000 students in 13 high schools, intends to issue six bonds, phased in every three years, from 2015 to 2033. The first three-year bond would be $16.2 million, growing to $21.8 million for the final three-year bond issued in 2030. The initial bond would provide money to expand the speed and capacity of connections, provide laptop carts in every classroom and provide teachers with training on integrating technology into their teaching, said Superintendent Chris Funk.

Particularly in districts like East Side, with a high number of low-income students, the switch to computer-based education can place students at a disadvantage if their  families don’t have computer access at home. To deal with the issue, the district intends to establish each school as a Wi-Fi center with a mile radius, which should provide after-school access to 90 percent of students, Funk said. The district is assuming that 60 percent of students will bring their own computers to school and it will allow the rest to take district laptops home.

East Side Union is projecting the total cost of the bond issue to be $117.8 million, of which $4.8 million would be interest payments, based on a 2 percent interest rate. Even if the interest rate rises to 4 percent, the taxpayer savings would be substantial, Dale Scott said.

Last year, the Legislature allocated $1.25 billion to school districts for the transition to the Common Core. That was about $200 per student, with districts deciding whether to spend it on teacher training, materials or technology. Many districts chose training as the priority.

”Public education has been unable to fully integrate technology into teaching and learning in our schools, and each school district is left to fend for itself,” Funk and Muhammed Chaudhry, CEO of the Silicon Valley Education Foundation, wrote in a commentary in the Mercury News supporting the Ed-Tech Bonds ballot measure.