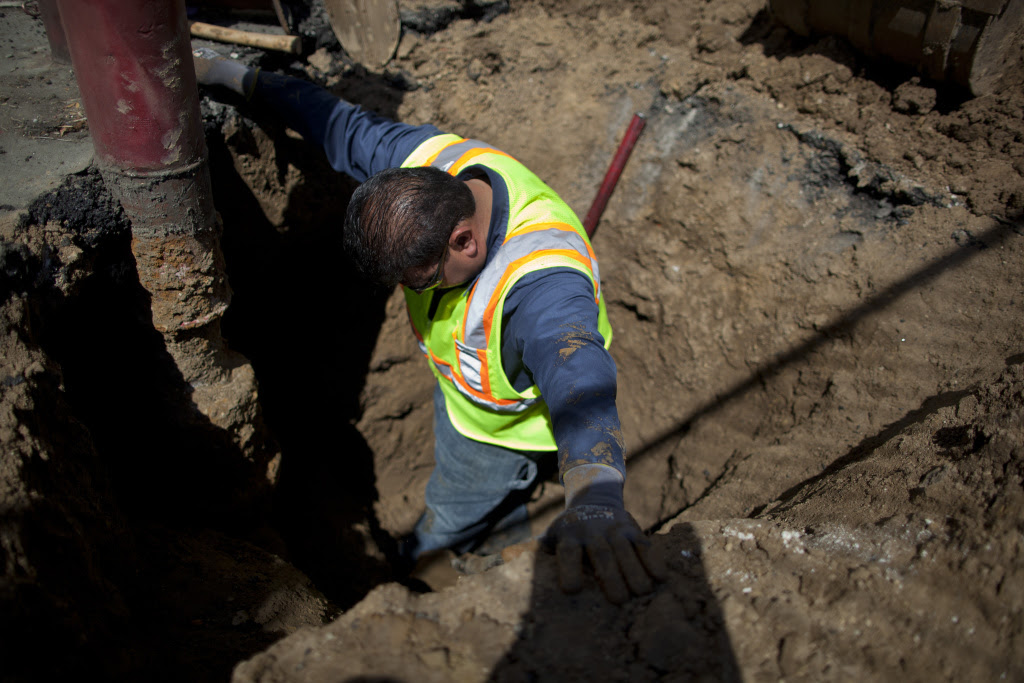 On Tuesday, the school board is scheduled to consider a $22.4 million request to address antiquated heating and cooling systems, failing walls, deteriorated pavement and broken fire alarm systems.

The request covers projects at seven schools, barely making a dent in the district's estimate of need for 13,500 buildings.

A request to sell more bonds is all but sure to find its way onto future ballots, said Roger Finstad, director of maintenance and operations for L.A. Unified.

"It's inevitable," he said. "We want our students and staff to be in buildings and on grounds that are in good condition, where the roofs don't leak and the air conditioning works."

The campaign for more funds – expected within the next decade – may face opposition from voters feeling burned by controversial and over-budget projects.

"I'm not voting for any bonds," said Monica Whalen, a parent and teacher at Franklin High School in Highland Park, a school approaching its centennial.

"They wasted the funds on the iPads. They didn't repair the problems the schools are facing," she said.

The district set aside $1.3 billion in school construction and modernization bond funds to supply every student and teacher with a tablet, education software and to upgrade  campus Wi-Fi.

Meanwhile, the district is chipping away at a backlog of 50,000 repairs, be they leaks in the district's 40,200 drinking fountains or problems with its 68,000 heating and air conditioners.

District officials have found many of these repairs are routine maintenance and not bond fundable. Bonds are typically used to replace a roof not fix a leak.

Since 1997, voters agreed to a property tax hike to pay for $19.5 billion for school construction and improvements through several bond measures.

The district built 130 new schools to relieve overcrowding, but now it faces the opposite problem – fewer and fewer students.

Finstad said the district plans to use cash from the Measure Q bond sale to reprioritize.

"We had a tremendous organization that went out and built new schools," Finstad said. "We now are having to refocus and develop skill sets to assess and upgrade our existing facilities. It's really a different task."

"We would jeopardize student and staff safety and we would also lose the confidence of teachers principals, and other district staff as well as the public who vote for our school construction bonds. Given these facts I believe we need to carefully consider how we plan our way ahead," Hovatter said.

The need is very, very real. The headline writer is very, very alarmist.  The request for more bonds is expected, as the writer wrote: “within the next decade”.

That said, a decade isn’t forever.

A couple of points:

The District must improve its game, with less no more  missteps like the iPad Fiasco and the MiSiS Crisis if it wants to pass a future bond!  And some sort of funding mechanism needs to be found to fund rather than defer routine maintenance of the district’s facilities. It is always better to fix a leak than replace a roof.

The argument over bond funds vs. general funds is bogus; The taxpayer pays for both; He or she  pays for the first with pocket change. The second is paid for by taking out a loan.

Just because enrollment is declining (which won’t happen forever) doesn't mean the buildings+infrastructure are getting any younger!