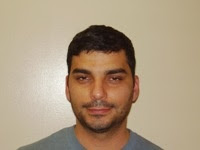 13 Nov. 2014 | 5am  ::  Last November, Los Angeles Unified School District lawyers fighting a civil lawsuit argued in court that a 14-year-old middle school student was mature enough to consent to having sex with her 28-year-old teacher, and that she bore some responsibility for what happened. The district's attorneys also introduced the girl's sexual history into the trial as part of their defense strategy.

Two legal experts sharply criticized the school district for using those tactics. They also said the case highlights a little-known conflict in California law: while the age of consent is firmly set at 18 in criminal cases, at least two appellate court rulings have found that in civil cases, it is possible to argue that a minor can consent to sex with an adult.

Last November's case involved a math teacher at Thomas Edison Middle School in Southeast Los Angeles who in December 2010 began a six-month sexual relationship with a girl who went to the school. The teacher, Elkis Hermida, was convicted of lewd acts against a child and sentenced in July 2011 to three years in state prison.

The girl's family filed a civil lawsuit against L.A. Unified, claiming the district was negligent and the experience had emotionally damaged the girl, endangering any future romantic relationships she might have.

During the three week civil trial, district lawyers denied that L.A. Unified had any knowledge of the relationship, argued the girl knew what she was doing when she chose to have sex with Hermida and suggested the girl was to blame for her situation, not LAUSD.

"She lied to her mother so she could have sex with her teacher," said Keith Wyatt, L.A. Unified's trial attorney in the case, in an interview with KPCC. "She went to a motel in which she engaged in voluntary consensual sex with her teacher. Why shouldn't she be responsible for that?"

Wyatt cited a 2009 legal ruling by the US District Court for California's Central District that said in certain circumstances a minor can consent to sex. That ruling, in the case of Doe v. Starbucks, cited a 2001 decision by the California Supreme Court in a criminal case, People v. Tobias.  In Tobias, the supreme court argued that when the state legislature added the crime of  "unlawful sexual intercourse with a minor" to the penal code in 1970, the lawmakers "implicitly acknowledged that, in some cases at least, a minor may be capable of giving legal consent to sexual relations."

In its Doe ruling, the District Court went on to cite another court decision as grounds for its conclusion that "the rule that 'a minor may be capable of giving legal consent to sexual relations' has been extended to non-criminal cases."

California is one of several states where the criminal age of consent laws clash with the civil laws, according to Drobac, noting a minor can be a victim in a criminal case, but found at fault in a civil case related to the same crime.

"It doesn’t make sense," said Drobac. "The same parties, same behavior, same everything, consent is no defense in a criminal trial.  But the same set of facts in a civil prosecution, consent is a complete defense. How is that possible? It's not logical."

Another leading expert, law professor Marci Hamilton of the Benjamin N. Cardozo Law School in New York, called the school district's approach in the civil trial "outrageous," and accused it of "engaging in scorched earth tactics."

"If this is a correct interpretation of California law, California is in the dark ages and against the great weight of the social science on brain and emotional development," said Hamiliton, who added, "the legislature needs to take this up.

"This reasoning is incoherent, especially in the school context," she went on. "It would have the court focus on the child's consent without taking the authority and power of the adult into account...This reasoning takes a page out of the old 'consent' defenses for rape based on a woman's sexual history, which have been thoroughly discredited."

L.A. Unified lawyer Wyatt insisted that a 14-year-old can have the maturity to consent to sex.

In his closing argument during the civil trial, Wyatt maintained that the girl was pursuing the case for purely financial reasons.

During the trial, L.A. County Superior Court Judge Lawrence Cho allowed L.A. Unified to introduce evidence of the girl's sexual history as part of its defense.

California's rape shield law prohibits evidence of a sexually abused victim's sexual history in criminal trials, but it is allowed in civil cases, according to Jeff Dion, Deputy Executive Director of the Washington, D.C.-based National Center for Victims of Crime.

"I think it's unusual that we are seeing it being used against a child," said Dion.

Marci Hamilton went further, saying, "basically they are treating child victims worse than an adult victim of rape. It makes no sense."

L.A. Unified also persuaded Judge Cho to place the girl's name on the jury's verdict form, which provided an opportunity for jurors to find her comparatively negligent, or at fault.

Cho admitted his ruling was unusual, saying, "There is currently no published decision in California" allowing the consideration of a child victim's comparative negligence in a school sex abuse case.

The judge "went beyond the bounds of common sense," said Hamilton.

"I have never seen a verdict form where the child has been listed as partially responsible for his or her own molestation," said Perez.

In the end, the jury didn't fill out the verdict form. It ruled in favor of LAUSD, accepting the district's argument that it had no knowledge of the relationship and therefore was not at fault.

Perez said the case is being appealed, in part because the girl's name was on the verdict form.

"While we are sympathetic of the pain that this type of inappropriate relationship could cause this young woman and her family, the case focused on whether the school district could have done anything to prevent it," Wyatt said. L.A. Unified tried the case "in a respectful manner," he said, adding, "our argument shared in the disgust with this teacher’s actions, but it focused on the decisions of this teacher and young lady to hide their behavior from the school district."

Wyatt issued another statement from his law office on Thursday in which he apologized for his remarks:

“Upon reflection, I realize how insensitive the comments I made to KPCC were, and I am truly sorry to this young woman and her family. My statements were ill thought out and poorly articulated and by no means reflect the opinions of the school district or its leadership. It is regrettable that my remarks have taken away from the respectful manner in which this case was tried.”

L.A. Unified spokesman Sean Rossall* said the district is continuing its professional relationship with Wyatt’s firm, Ivie, McNeill & Wyatt. He said the firm has represented the district "for over 20 years," and is currently handling 18 lawsuits on behalf of LAUSD. Regarding the upcoming trial over the Miramonte sexual abuse civil suit, Rossall said the firm’s only involvement was "in a very limited capacity as legal counsel for one of the witnesses."

Seeking reactions from members of the  L.A. Unified Board, KPCC reached board members Tamar Galatzan, Monica Ratliff, Steve Zimmer, Richard Vladovic, and Monica Garcia. None would comment. The district did not respond to a request for comment from Superintendent Ramon Cortines.

"I think that the attorney for the district went out of his way to blame it on the victim," she said.

Correction: An earlier version of this story misspelled the Robert H. McKinney School of Law.

* Rossall is a special crisis management consultant on LAUSD sex abuse litigation, not an LAUSD employee