WHAT THE L.A. UNIFIED iPAD INVESTIGATION COULDN’T FIND + someone else's 2¢

The Inspector General couldn’t find the scoring sheets …but had no problem locating the bungling bureaucracy. 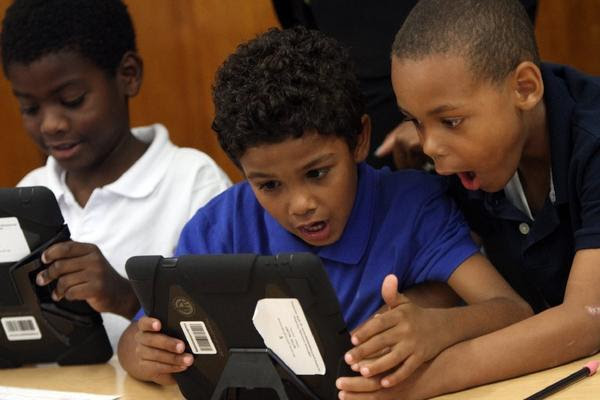 April 24, 2014, 3:57 p.m. :: The most troubling aspect of an internal Los Angeles Unified School District report on its purchase of iPads for its students isn't what it found out, but what it couldn't find out.

As Times education writer Howard Blume reported this week, the scoring sheets used to rate different vendors for the district's technology purchase were lost, which hampered the investigation. Without them, the investigators would have had a hard job trying to figure out whether the contract went to the most highly rated contenders for the contract worth hundreds of millions of dollars.

They were lost? Documents key to making the decision and key to investigating it afterward were, what, misplaced? Not to mention the irony of a process intended to purchase technology that apparently lacked a computer backup.

It's worth noting that the inquiry found no smoking guns. The district attorney's office already has determined that there will be no criminal charges filed in the matter. And this technology project could end up being a huge plus for L.A. Unified's students.

But a lot went wrong with the purchase. Not criminally wrong, but there were too many problems that hadn't been addressed beforehand even though they were obvious, too many times that the board and the public were reassured that the district had the whole thing under control when it didn't.

The actual report hasn't been released yet. But for now, it appears L.A. Unified has some explaining to do. How did the scoring sheets get lost? At worst, this makes the district look as though it had something to hide. At best, it ends up looking like it's never outgrown its reputation as a bumbling bureaucracy.

b.  On an island of the Dominican Republic with Jaime Aquino's relatives.

c.  In office file where they always have been.

e. None of the above, there never was a score sheet until someone asked for them.

f .  Each scorer took their sheets home after the procurement and nobody asked them to turn them in.