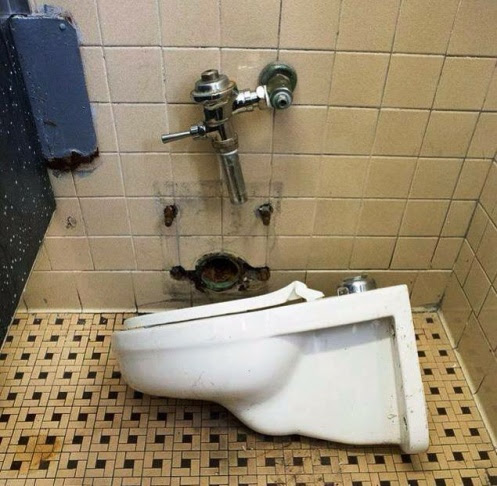 April 29th, 2014, 5:02am  ::  The Los Angeles Unified school district has a backlog of 50,000 repairs. A look at next year's budget shows its likely to continue to trail the state in maintenance and operations funding.

The Los Angeles Unified spends the least on maintenance and operations of California's largest school district, according to new analysis by a district committee. The committee, which oversees bond money used for major repairs, argues the district should increase maintenance spending to avoid more costly work from deterioration created by compounding problems.

"If you don't maintain it, it falls apart and then it comes back to us as a big repair," said Scott Folsom, a committee member. "We didn't fix the pipes so now we are replacing all the plumbing."

According the committee's new report the district dedicated 8.6 percent of its total expenditures on maintenance and operations last year, covering work such as electrical and plumbing repairs in addition to cleaning and on-going maintenance such as replacing filters and light bulbs. In dollars, it adds up to $99 million for repairs.

The biggest spender among large California districts was Fresno Unified, which used more than 11 percent of its budget on maintenance. L.A. Unified spent less than 9 percent. Since the recession, L.A. Unified's budget for maintenance and operations has been slashed by 65 percent. Officials argued dwindling funds had to be diverted to teacher salaries and other more immediate needs.

In the interim, Folsom said administrators have tried to cover more repairs with bond funds —the same pool of money being used for the district's $1.3 billion iPad project and to build and modernize schools.

Teachers and parents across the district rallied for increasing maintenance speding after a teacher created a Facebook group called "Repairs not iPads."

Since KPCC first reported on the fledgling group, it's membership ballooned to over 5,000 members, many posting pictures of decaying schools and even a political cartoon ridiculing Superintendent John Deasy's financial priorities.

By comparison, he wants to increase the district's iPad and technology budget by $9.8 million next year.

The committee overseeing the district's bond spending points out L.A. Unified's maintenance budget is at the bottom nationally.

The school board is expected to discuss maintenance and operations funding when it weighs next year's budget May 13th.