L.A. NONPROFITS GET NEARLY $1 MILLION TO TRAIN PARENTS TO ADVOCATE FOR THEIR KIDS’ EDUCATION 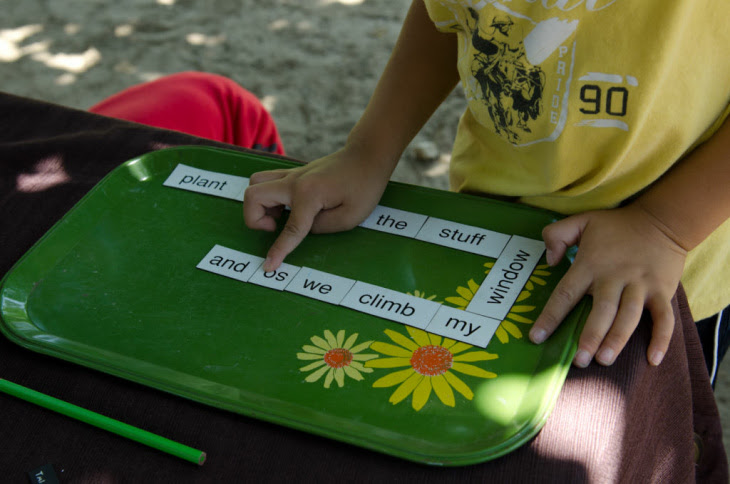 Ashley Myers-Turner/KPCC | A preschool aged boy uses his recess time to play with a word puzzle.

April 17th, 2014, 1:13pm  ::  Two Los Angeles area non-profit groups received grants of about $900,000 from theW.K. Kellogg Foundation to train families of young children in the Los Angeles Unified School District to advocate for their children in the hopes of improving educational outcomes.

The UCLA Labor Center and the Advancement Project, were among 30 winners nationwide to share $13.7 million to implement “family engagement” projects over three years.

Both Los Angeles groups said they aim to train parents in minority communities to become leaders in schools and influence the school board.

The Advancement Project said it aims to train parents to lobby officials and influence how L.A. Unified spends an extra $332 million earmarked by the Governor to be spent to help improve test scores for low-income students, English-learners and foster kids. Specifically, they will be trained to lobby for early childhood programs, arguing they have a lasting effect on a child's grades.

“Family engagement [is] the most powerful yet most underutilized strategy for improving child outcomes in the early years at the systems level," said Sandy Escobedo, who will direct the program at the Advancement Project.

The organization will receive $500,000 over 3 years and promises to train 250 families in the South East LA cities of Bell, Cudahy, Huntington Park, Maywood, and South Gate.

The UCLA Labor Center will receive $390,000 over three years to train school janitors - mostly low-income immigrants - who have children in school or about to enter school.

It’s a large investment by outside philanthropy at a moment when many interests are vying to be heard by the school board on how best to divvy up the new Local Control Funding Formula cash after years of cutbacks.

To date, investing some of that in early education has not been a priority.

Superintendent Deasy's draft budget, released earlier this month, does not include new spending for early childhood programs.  The district spends $35 million on those programs and advocates want that number to grow.

Carla Thompson, vice president ­of program strategy at the W.K. Kellogg Foundation, said her foundation wanted to help parents advocate for their children in strategic ways. Kellogg’s “family engagement” contest received over 1,000 submissions, the largest interest in a single project in the foundation's 83-year history.

"The fact is, you can't ensure children are receiving high quality early childhood education without factoring families into the equation,” Thompson said. “By engaging families from birth, we can create a firm foundation for success for all children in school and life."