iPAD, Wi-Fi ISSUES INTERRUPT LA SCHOOLS TESTING: “When everyone goes on at once, it overloads it…" 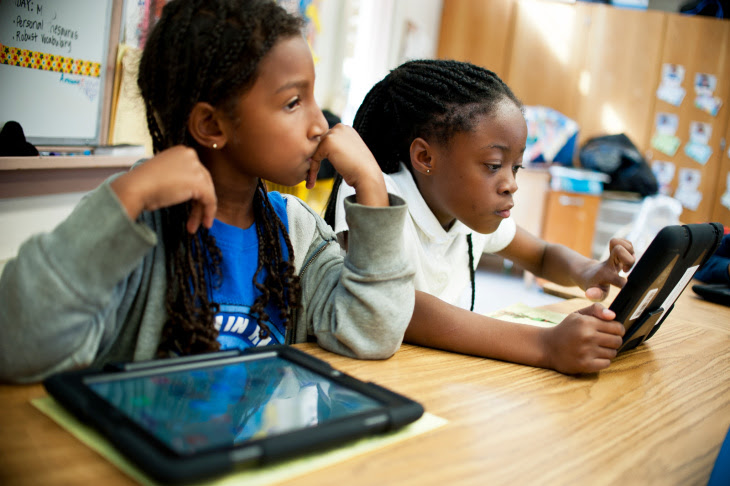 April 30th, 2014, 5:30am  ::  Teachers and students often grumble about end of the year tests,but at the Los Angeles Unified School District, the complaints are mounting:

"It took a while for it to work, and I only ended up answering three questions by the end of class," said Lia Peña, a junior at Hamilton High School in Culver City.

"The whole system didn't work. When everyone goes on at once, it overloads it," she said.

To prepare for the new digital test, the district spent well over $20 million on 45,000 iPads. Of those, the district says about 10 wouldn't turn on at all or had trouble charging, and 100 had configuration issues. Defective devices were replaced.

The school board's curriculum and instruction committee was scheduled to address testing progress at its meeting Tuesday, but the item was pulled from the agenda. Committee chair and board member Monica Ratliff said the four-hour meeting was going too long.

LAUSD officials declined to be interviewed, but spokeswoman Shannon Haber said the technology team works quickly to resolve any technical issues, and for many schools, the process is going smoothly, she said.

Switched back to PCs

Some principals have switched back to old desktop computers with more reliable Internet connections. Staff at Millikan Middle, Pomelo Community Charter and Thomas Starr King Middle have reported problems with logging iPads on to the Internet.

“The primary problem we found had to do with the size of the screen on the iPad and the fact that the keyboard took up 40 percent of the screen,” Page said.

The district then purchased keyboards for about $20 a piece. Hamilton High School principal Gary Garcia said many of the kinks have been worked out, but he still thinks there are better options.

“I have been lobbying the board of education and the district that, in the future, high school students should take this test on a laptop," he said.

The scores from the this year's state competency tests will not be released since the exams are considered part of the pilot rollout.

In figures released today, the California Department of Education says its technical assistance center is taking an average of 722 calls a day from schools around the state.

And there's not much troubleshooting time left. Students at Los Angeles Unified have less than three weeks to log on and finish up.