April 1, 2014 2:39 pm  ::  A state ballot initiative aimed at regulations governing teachers that was headed for the November ballot has been pushed to 2016, according to a report by ABC affiliate KXTV in Sacramento.

The measure was seeking to change the way California school districts lay off teachers by using a teacher’s classroom performance rating, rather than seniority. Matt David, a Republican strategist and the measure’s sponsor, decided to wait until 2016 to bring the measure to the voters because of the high start-up costs associated with new annual teacher evaluations, the KXTV report said.

The fiscal analysis of the initiative, conducted by the independent Legislative Analysts office, showed that the cost of the new annual teacher evaluations could hit $1 billion.

Though the decision may seem like a victory for teacher groups statewide, David isn’t backing down.

“We feel it’s necessary to commission a study that examines the true cost based on other states rather than speculate on hypotheticals like the LAO fiscal analysis,” he told the station.

David’s initiative seeks many of the same objectives as Vergara v. California, the state’s most significant teacher rights case in two decades, which recently concluded the testimony phase in California State Superior Court. The case was brought by nine student plaintiffs who say the current state laws protect ineffective teachers and deny their constitutional right to receive a quality education.

The defendants in the suit —the state and its two biggest teacher unions argued that the regulations are fine as they are and blamed problems with ineffective teachers on poorly-run schools and districts.

Messages seeking comment from David were not immediately returned. 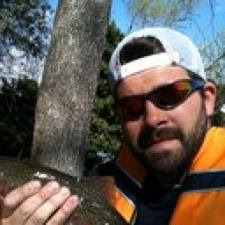