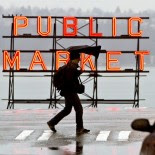 The Complaint asserts that the Charter School Act violates the Washington Constitution by improperly diverting public school funds to private organizations that are not subject to local voter control and by impeding the State’s constitutional obligation to amply provide for and fully fund K-12 public education.

The plaintiffs in the lawsuit include the League of Women Voters of Washington, a nonpartisan organization that encourages the participation of citizens in government; El Centro de la Raza, a Seattle-based group dedicated to social justice; the Washington Association of School Administrators, an organization of more than 1,600 school administrators; the Washington Education Association, an organization that represents nearly 82,000 public school employees; Wayne Au, Ph.D., an educator and education advocate; Pat Braman, a former Mercer Island High School teacher and current Mercer Island School Board member; and parents with children in public schools in Snohomish and Spokane Counties.

The Complaint asserts that the Charter School Act violates the Washington Constitution in at least seven ways:

1. It improperly delegates the State’s constitutional “paramount duty” to provide for the education of children within its borders to private organizations that are not subject to the requirements and standards in place to ensure that all children receive a constitutionally sufficient education.

2. It also violates the State’s paramount duty to make ample provision for the education of all children within its borders by interfering with the State’s progress toward complying with the Washington Supreme Court directive to the Legislature to fully fund basic educational programs by 2018, as set forth in the 2012 McCleary decision.

3. It unconstitutionally diverts public funds that are restricted to use for public common schools to private charter schools that are not subject to local voter control.

4. It violates the Constitution’s “general and uniform” provision because charter schools are not subject to many laws and regulations applicable to public schools, including many of the provisions defining a basic education.

5. It amends existing state law in a manner not permitted by the Constitution.

6. It violates the constitutional requirement that the superintendent of public instruction “have supervision over all matters pertaining to public schools.”

7. It violates the Constitution because it mandates the use of local voter-approved levy funds for a purpose other than the purpose for which the voters approved the levies.

The plaintiffs previously asked the Washington Attorney General’s Office to address the unconstitutional provisions of the Charter School Act and the Attorney General declined the request. The lawsuit now asks the King County Superior Court to rule that the Charter School Act is unconstitutional and to prohibit further implementation of the Act. Paul Lawrence and Jessica Skelton of Pacifica Law Group are the lead attorneys in the case.

smf:  4LAKids operates, if not in cahoots – in solidarity with SeattleEducation2011, who lead the fight against the forces of ®eform as imagined by the Gates Foundation and The Broad Foundation (and the Waltons and the Bloombergs and the Arne Duncans of the ®eformation)  in Seattle.

LA is the international HQ of The Broad Foundation; Seattle the hub of all things Gates.

SeattleEducation2011 writes: “When we began our blog, we were collecting information from many sources and trying to piece together the reasons for what was happening in our school system in Seattle in 2008 and 2009. We discovered that what was happening in Seattle was reflective of what was an attempt on a national level to transform public education. Only then did the actions of our superintendent in terms of school closures and program changes begin to make sense. We began to make the connections between Dr. Goodloe-Johnson, the Broad Foundation and charter schools and how that involved the Gates Foundation and ultimately the Race to the Top reform movement led by Education Secretary Arne Duncan.” http://bit.ly/1cSY4gk

Along the way SeattleEd2011 and 4LAKids picked up some additional common concerns and nemeses: Race to the Top, The Parent Trigger and Parent Revolution – the later two also LA area exports. Like street gangs.

It was SeattleEd2011 (in their previous identity as SeatlleEd2010) who wrote the basic text for 4LAKids’ oft quoted-and-referred-to litmus test for ®eform skullduggery:  By the Numbers: HOW TO TELL IF YOUR DISTRICT IS INFECTED WITH THE BROAD VIRUS  …4LAKids only added value by enumerating the ways!

The voters of Washington State had been very successful in defeating a number of heavily Gates-supported initiatives to permit charter schools in Washington. Last year, on the third or fourth try, pro-charter forces prevailed by a very narrow majority in Initiative 1240. Perhaps because the charter proponents got the National PTA to stop the Washington State PTA from advocating against the measure  (as they had previous ones)  because it dubiously violated a dubious new National PTA policy.

This lawsuit doesn’t challenge policy or bylaws or regulations – it challenges the constitutionally of the Washington charter law. And if the forces of truth and light prevail it might set a precedent for a similar challenge in a state to the south.