The federal government's micromanagement of schools has rightly led to calls to tweak the program. But it's important that new legislation not toss out the gains. 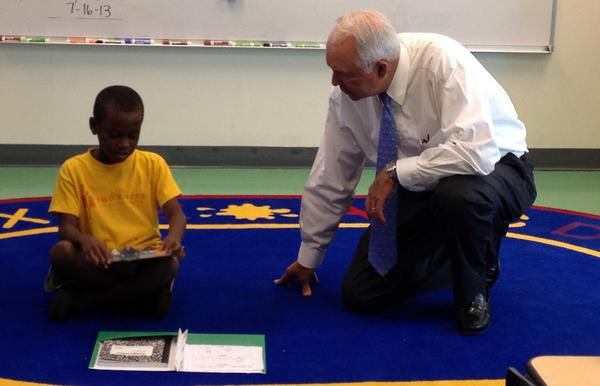 July 21, 2013, 5:00 a.m.  ||  After Congress dragged its heels for six years on the reauthorization of the No Child Left Behind Act, House Republicans suddenly passed a jumbled bill Friday that could best be described as the No Accountability Act, eliminating virtually all the school improvement mandates that were in the original law. President Obama has rightly vowed to veto it in the unlikely scenario that it reaches his desk, but even as he does so, he should not ignore the more valid sentiments behind the vote. The nation is ripe for rebellion against the rigid law and the Obama administration's further efforts to micromanage how schools are run.

Passed in 2001, the No Child Left Behind Act used the leverage of federal education funding to push states into doing more for their disadvantaged, black and Latino students, whose academic achievement was appallingly low. Although public schools fall under state rather than federal purview, the rationale behind the interference was that because Congress provided some funding, it had an interest in making sure that the money was achieving its aims. That's fair enough.

Unfortunately, the punitive law ushered in a regimen of intensive testing and harsh sanctions against schools that failed to meet improvement markers that were extremely difficult to achieve, sometimes meaningless and often counterproductive. Later, the Obama administration added more layers of interference by pushing its own favored reforms — such as a common curriculum for all states and the inclusion of test scores as a substantial factor in teacher evaluations — in some cases in return for waivers on the No Child Left Behind requirements.

To its credit, the law raised awareness about just how little students in impoverished areas were learning and resulted in modest improvements for those students; at the same time, it overemphasized standardized testing and fostered an unhelpful "everything is the teacher's fault" credo.

Proponents of a smaller role for the federal government are partly right. It has been overstepping. Yet the House bill threatens to reverse the gains that were made and allow schools once again to pay too little heed to students with the greatest needs.

But the president should take note that even the more moderate legislation awaiting its turn in the Senate would do away with large segments of the No Child Left Behind law and his subsequent rules for states. It would allow states to fashion their own school improvement systems, as long as they pass federal muster, without overly punitive measures or interference in how teachers are evaluated or which curriculum is adopted. The federal government has the right to demand value for its education aid, but not to dictate the minutiae of school operations.