The MPAA and RIAA are looking to spread their anti-pirating message through the initiative that will give every LAUSD student an iPad. 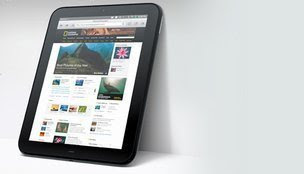 Jul 3, 2013, 12:29pm PDT   ::  The Los Angeles Unified School District may suffer from overcrowding and low test scores, but maybe it'll get better when they give every kid an iPad. While parents may be concerned how to keep little Timmy from losing his iPad on the walk home from school, studios and record labels are concerned that Timmy's going to learn how to pirate content once he gets home. Industry groups are looking to guide students early rather than sue them later by introducing websites that educate students about the effects of stealing copyrighted material.

The Motion Picture Association of America (MPAA) and the Recording Industry Association of America fired off a letter to Monday to LAUSD Supt. John Deasy requesting that the district preload the iPads with tools that link to sites where they can watch movies and music legally, such as the organizations own sites whymusicmatters.com and wheretowatch.org.

"This simple, inexpensive step would help ensure that young people in Los Angeles can become aware of the wide array of legitimate services that sustain the businesses that employ their parents and neighbors -- hard-working artists, craftsmen and other L.A.-based professionals behind the creation of amazing products of entertainment,'' the letter noted.

"We appreciate that it is often hard to distinguish between legal and illegal offerings and believe that most consumers would like to learn how to be sure they are not downloading an illegal product, stealing someone else's property and hard work, or exposing their devices to viruses or other noxious software contained in sites run by rogue enterprises."

The film and music industries are attempting a preemptive strike against piracy that they hope will avoid the legal confrontations down the road. Still, organizations like the MPAA are biased toward mainstream content sites, like Netflix and Hulu, recommending them over other startups trying to edge their way into the business. If the MPAA is allowed to strongly influence where users get content, newer distributors and content creators may have a more difficult time gaining market share.

smf: This opens a whole new can o’ digital worms.

If the MPAA and/or RIAA sue little Johnnie's parents they generally won’t recover much. LAUSD has a multi-billion dollar budget, oversees almost 700,000 students …and has some iffy insurance.