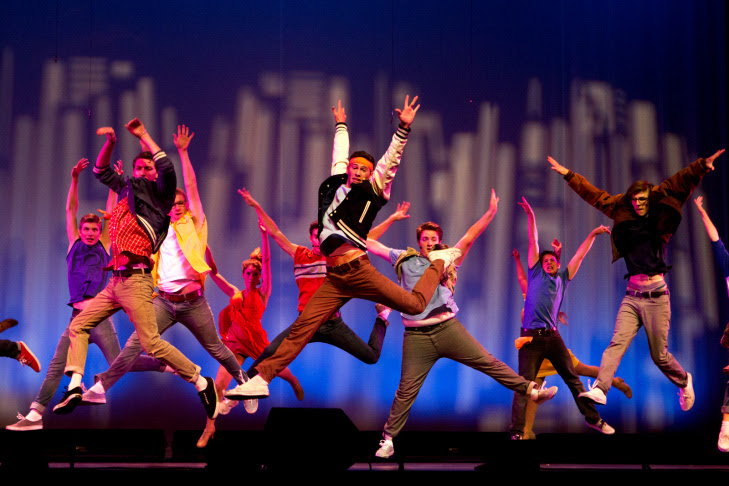 July 26th, 2013, 6:00am  ::  As budgets worsened over the past several years, schools throughout California cut where they could, slashing arts budgets so deeply some students have been left with no arts education at all.

Arts educator Carl Schafer of Upland, has been on a campaign to increase that instruction for a year. And in his effort, he found a line in the California education code that shocked him: the state requires arts to be taught to California students.

He'd been advocating for arts education for decades without realizing the state has a law requiring things like dance, music and theater be taught in schools.

He recently wrote about his discovery for the website Zocalo Public Square.

While browsing through the state Education Code online, I learned (embarrassingly late in my career) that the law couldn’t be clearer. Since 1995, the teaching of the arts has been mandatory in California for grades one to 12.

Section 51210(e) mandates the Visual and Performing Arts (VAPA), which includes music, dance, visual art, and theater, be included in the school curriculum for all students in grades one to six. Section 51220(g) mandates that the VAPA be offered to all students in grades seven through 12. Arts is a “course of study,” and Section 51050 states “The governing board of every school district shall enforce in its schools the courses of study”.

In short, if a school district is not teaching the arts right now, it is breaking the law.

The law has no teeth. Districts are empowered to police themselves.

"There are requirements for the visual and performing arts in California schools, however there is no enforcement authority to ensure that that happens," said Craig Cheslog, principal advisor to state superintendent of Public instruction Tom Torlakson.

Cheslog said he didn't even know about the law until they met with Schafer.

"I think it's a known problem by people who study it," he said. "I have to admit I didn't know that problem was there until we started doing our research and work to prepare for the meeting that we had with Carl last winter."

Schafer, who officially retired two years ago but still teaches part-time at Cal State Fullerton, said he's determined to continue pushing for the law to be enforced. He's planning to attend a public meeting in a few weeks at the Los Angeles County Office of Education to lobby for districts to abide by the law.

"It's been certainly an education in trying to find, how do you get to the right powers that can make these changes?" he said. "And I'm not done."

smf: Obscure? Any attorney will tell you: Ignorance of the law is no excuse. Failure to teach the arts is a crime against the humanities – and I apologize for that cheap joke. California has this law in the Ed Code; it makes Boards of Education responsible for enforcing it – and exposes them to potential civil action for failure to implement arts education.

California has 146 pages of Visual and Performing Arts Content Standards for California Public Schools from PreK to 12 – those standards aren’t there to fill dusty binders on shelves or take up bandwidth on the internet!  There shouldn’t be a teacher who isn't aware of the California State Standards in  his or her subject – the Arts Standards and the Phys Ed Standards and the Health Ed standards and all the rest are no less important than the ones on Math or English Language Arts.

The content standards are not a shopping list of things it would nice to have in the best of all possible worlds/budgets/high performing schools.They are not elective. They set high expectations – but they are minimum expectations.

We are not teaching kids to be artists or musicians or dancers or dramatists – we are teaching them to be well educated/well informed/well rounded members of society.

Arts Ed is a way of engaging the student in interpreting truth. And arts education is not shrink-wrapping city buses in Shepherd Fairey bus ads – it is teaching students what they need to know about dance, drama, music and visual art.

Content standards were designed to encourage the highest achievement of every student, by defining the knowledge, concepts, and skills that students should acquire at each grade level.  The content standards adopted by the California State Board of Education are listed below: Printed publications can be purchased from CDE Press Educational Resources Catalog.
Posted by smf at 10:46 PM