The rhetoric of failure continues …or “How can we miss you if you won’t go away?”: ARNE DUNCAN PINPOINTS WHERE SCHOOLS FAIL

The departing secretary of education says students aren’t getting the education the U.S. economy needs them to have.

from the Wall Street Journal | http://on.wsj.com/1SkFfIX

Nov. 23, 2015 1:19 p.m. ET  | Arne Duncan has been pushing the cause of education all his career. And as he prepares to step down as education secretary after seven years, he is asking CEOs to join him in the fight.

In today’s global marketplace, it’s critical for the U.S. to develop in young people the skills that will keep America competitive. But across the nation, says Mr. Duncan, businesses continue having trouble finding enough college graduates with those skills.

Mr. Duncan, in discussing the successes and setbacks of his tenure, asked CEOs for help to improve education from top to bottom, and discussed other challenges in an interview with Wall Street Journal Deputy Editor in Chief Matt Murray. Edited excerpts follow. 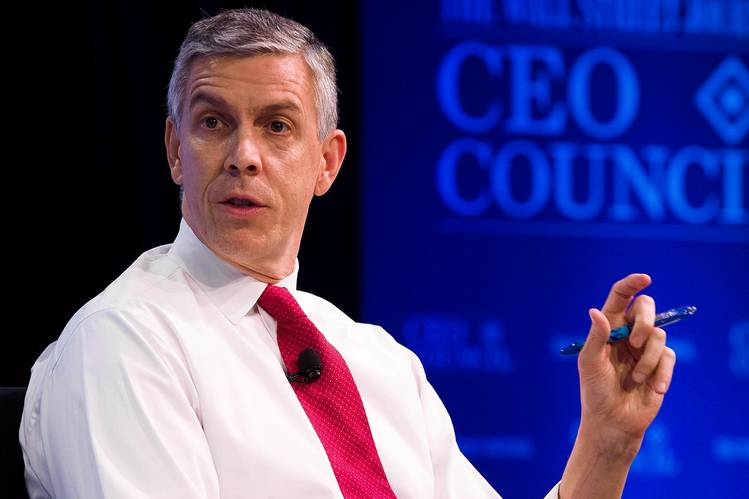 MR. MURRAY: What skills do employers want and how well prepared is our education system to give them people with those skills?

MR. DUNCAN: People who can think critically, work in diverse teams, and who can take complex information, come to a conclusion and make a recommendation.

I can’t tell you how many CEOs I’ve met who say they can’t find young people with the skills they’re looking for.

So my request and my challenge is: We have lots of what I call phony debates about silly stuff. Could CEOs lend their considerable voice to, “Do we need high standards or not? Do we want to continue to reduce the dropout rate or not? Do we want to make sure our high-school graduates are truly college-ready? Do we want to lead the world in college-completion rates or not?”

These issues aren’t left or right or Democratic or Republican. This is in our nation’s best interest.

MR. MURRAY: What is the biggest undone item to better align the education system with the needs of the labor market?

MR. DUNCAN: Unfortunately, there are lots. I’m a huge believer in early childhood education. The return on investment is remarkable. But we have so many kids entering kindergarten a year, year-and-a-half behind. We often don’t catch them up.

The majority of our public-school students are African-American, Latino. We have to make sure we’re fighting the equity battle, we’re fighting for civil rights, we’re making sure that every young person has access to a great education. And we need folks at every level who are willing to fight not on small-ball stuff, not on sound bites, but on, “Are we educating our way to a better economy?”

MR. DUNCAN: These things should not be reduced to sound bites. Is college too expensive for many people? Yes, and we have to find ways to continue to reduce debt. We’ve talked about free community colleges. If we reduce costs and still have these same outcomes, it’s not good enough. The worst debt is the debt you get when you don’t complete your degree. The vast majority of young people who graduate from college get good jobs and pay back their debt.

With college completion rates so low, when you have debt and no diploma to show for it, that’s the conversation we need to be having. 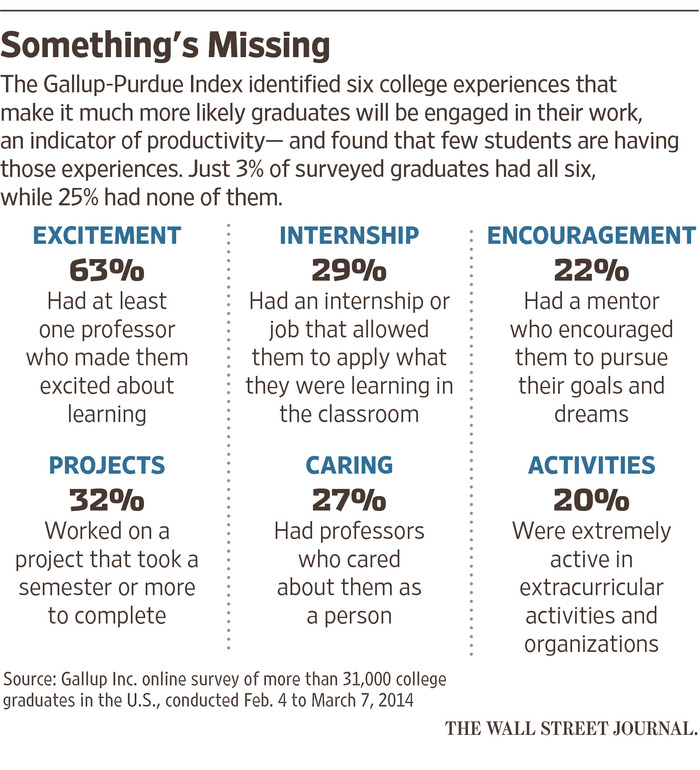 MR. MURRAY: College debt has roughly tripled in the past decade. How do we fix this?

MR. DUNCAN: Again, to be very clear, the vast majority of folks who are defaulting are folks who didn’t complete their degree. Yes, we can contain costs. That takes federal investment. It takes state investment. It takes universities containing their own costs. We put $40 billion into Pell grants without going back to taxpayers for a nickel. The goal has to be not just access. The goal has to be completion. It’s got to be around outcomes. That conversation around outcomes I’m not hearing on either side of the political spectrum.

MR. MURRAY: One of the big issues you’ve been involved in is college scorecards. You ran into opposition from the colleges on that front.

MR. DUNCAN: When you challenge the status quo, you get pushed back. That’s totally fine. We’re pushing very hard for transparency.

It’s a very difficult process to navigate. Young people should know, “What are the graduation rates,” not what the one-year cost is. “What’s the four-year cost? What are people like me making once they graduate from college?”

It’s interesting: 7,000 institutions of higher education, best system in the world, but it’s a broken marketplace. It’s absolutely inefficient. The vast majority of young people fill out the financial-aid form—they apply to one school.

I’m a believer in choice and competition. We think we all have this great choice. We really don’t. So we’re trying to expand more options, get that out there, and get more young people good information.

MR. MURRAY: Do you see room for the next secretary of education or president to advance this? You’ve run headfirst into opposition on that front a lot from all the higher educational institutions.

MR. MURRAY: Can we make it happen?

MR. DUNCAN: It is happening. We’ve put unprecedented information out there to empower young people, their parents and college counselors to make good choices.

MR. MURRAY: Where does vocational training come in?

MR. DUNCAN: I’m a huge fan. Department of Labor has put $2 billion behind community colleges where real training is leading to real jobs.There are so many good jobs out there with a two-year community-college degree. We want to do more career and technical ed in the high-school space.

MR. MURRAY: The No Child Left Behind renewal, that may be coming out of committee?

MR. DUNCAN: This law’s been broken for seven, eight years. Folks are trying to work now in a bipartisan way to get to a good place.

MR. MURRAY: Are you happy with where it’s at?

MR. DUNCAN: I’m happy that folks are working in a bipartisan way. And education should be the ultimate bipartisan issue. If we’re going to find consensus and common ground around anything, it’s got to be about giving every child in this country a chance to contribute to society, a chance to participate.

MR. MURRAY: What is the right amount of testing?

MR. DUNCAN: Folks have spent too much time teaching to the test. What we want is a common-sense approach. Get rid of the fill-in-the-bubble tests. [Focus on] more critical-thinking skills, more writing. Assess students every year. Know who’s growing. Know who’s getting better. Know which teachers and schools are helping students learn.

MR. DUNCAN: This is always defined at the state level. The real goal is that young people graduate high school and college career-ready. And a simple definition of that is not having to take remedial classes. So yes, graduation rates are going up. We are thrilled with that. But let me be clear. Massachusetts by every measure is our highest-performing state educationally. In Massachusetts, 30% of their high-school graduates are taking remedial classes in two- and four-year [colleges]. That’s our No. 1 state. Think about 2 through 50. So we have pushed unapologetically very hard for higher standards.

I would love the business community to say: “Yes, we want high standards. Yes, we want to make sure when young people graduate from high school, they can walk into freshman year of college and not have to take high-school classes again.”