Rethinking the Test: N.Y. GOV. CUOMO, IN SHIFT, IS SAID TO BACK REDUCING/ELIMINATING TEST SCORES IN TEACHER EVALUATIONS 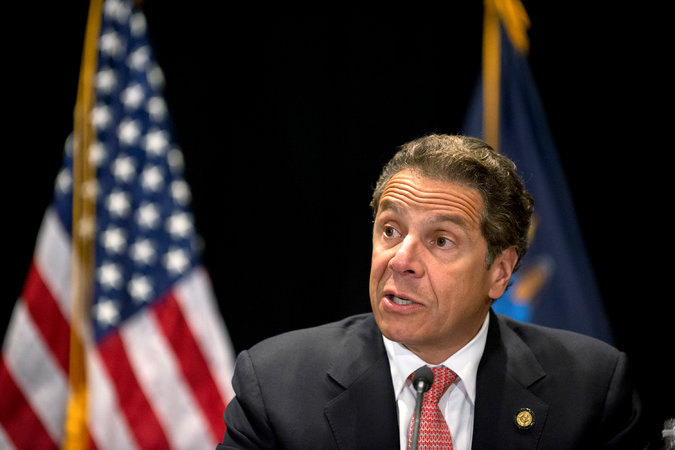 NOV. 25, 2015  ::  Less than a year ago, Gov. Andrew M. Cuomo of New York proclaimed that the key to transforming the state’s education system was tougher evaluations for teachers, and he pushed through changes that increased the weight of student test scores in teachers’ ratings.

Now, facing a parents’ revolt against testing, the state is poised to change course and reduce the role of test scores in evaluations. And according to two people involved in making state education policy, Mr. Cuomo has been quietly pushing for a reduction, even to zero. That would represent an about-face from January, when the governor called for test scores to determine 50 percent of a teacher’s evaluation.

Administration officials characterized the governor’s position differently, saying he was waiting for the recommendations of a task force he had set up to conduct a review of the Common Core standards and assessments.

“There is no position of this administration with respect to this issue,” the governor’s director of state operations, Jim Malatras, said this week.

New York’s expected turnabout comes as states across the country are trying to respond to anger over standardized testing, and as the Obama administration is backing off the idea of tying teacher evaluations to test scores.

The idea that Mr. Cuomo, a Democrat, is pushing for the changes comes from several different avenues. Two members of the Board of Regents, the body that sets state education policy, said they had also heard that Mr. Cuomo was urging a moratorium on the use of test scores in evaluations. The two board members, Kathleen M. Cashin and Betty A. Rosa, both said they would heartily support such a change.

“I’m thrilled,” Dr. Cashin said. Asked why she thought the governor might have changed his view, she said she thought he might have listened to educators’ concerns about using the tests.

“I think that the governor has done a lot of reflection,” she said. “He’s had a lot of outreach. A person can see things differently the more outreach you do.”

In New York, Mr. Cuomo’s push to give test scores more weight in evaluations helped propel a widespread test refusal movement this year, centered on Long Island. More than 200,000 of the nearly 1.2 million students expected to take the annual reading and math tests did not sit for them in 2015. At some schools, as many as 75 percent of students opted out.

Long Islanders tend to be swing voters, and education is a top concern of theirs, given the high percentage of school-age children and the role that local schools’ reputations have on real estate values, said Lawrence Levy, the executive dean of the National Center for Suburban Studies at Hofstra University.

“Considering how his numbers fell off in suburban communities in the last election, I thought that the governor had to pay close attention to the desires and the demands of these suburban swing constituencies,” Mr. Levy said.

New York State first passed a law tying teacher evaluations to test scores in 2010, as part of the state’s application for federal Race to the Top funds. The law required that test scores count for 20 percent of evaluations for teachers of English and math in fourth through eighth grade.

In his State of the State speech in January, Mr. Cuomo said that the state’s evaluations were “baloney” because 96 percent of teachers were rated effective, even though only about a third of students in the state were reading or doing math at grade level, according to the assessments.

As part of a state budget deal in March, the Legislature created a framework for evaluations that increased the role of test scores, but it left the precise weight of scores on state versus local tests to the Board of Regents, whose members the Legislature selects.

The Regents ultimately decided that for teachers of English and math in fourth through eighth grade, state test scores would count for 25 percent to 50 percent of their evaluations.

Now that number is likely to be reduced at Mr. Cuomo’s urging, according to the education policy makers. One of them said that Mr. Malatras in a conversation said that the administration wanted to decouple test scores and evaluations. The other person reported having spoken with people who had similar conversations with the administration.

Mr. Cuomo could ask the Legislature to make that change. But so far he has not gone that route, leaving it instead to the State Education Department and the Regents.

“There’s just no need to go back to the Legislature,” Mr. Malatras said, because the department “has the ability to dial up and dial down all sorts of things in the regulations.”

MaryEllen Elia, the state education commissioner, said in a phone interview that she was “absolutely in favor” of using test scores and other measures of student performance in teacher evaluations. She said, however, that she understood the anger over testing and would consider the governor’s view in whatever she ultimately decided to do.

Ms. Elia said the governor’s office did not want her to get out ahead of the administration’s task force, which is expected to make recommendations to Mr. Cuomo before his 2016 State of the State speech in January. She said she also decided her proposal was premature, so she dropped it for now.

The task force itself may recommend decoupling test scores from evaluations or putting in place some kind of moratorium on teacher evaluations, a move that would please many teachers and administrators.

“A moratorium is under consideration,” said State Senator Carl L. Marcellino, a Long Island Republican, chairman of the Education Committee and a member of the task force.

The Board of Regents would quite likely approve a moratorium or any other step to reduce the role of test scores in evaluations. Until recently, a majority of the board supported tying test scores to evaluations, but the Legislature elected several new members this year who are critical of that policy.

It also appears that the advocates and donors to the governor who praised his call last winter for a more rigorous teacher evaluation system would not criticize him if it were now unwound.

StudentsFirstNY, an advocacy group that promotes charter schools and other education reforms, on whose board several of those donors sit, strongly endorsed the governor’s campaign to make test scores matter more in evaluations, saying the existing system bore “zero resemblance” to how students themselves were performing across the state.

Asked this week about a possible reversal, the organization’s executive director, Jenny Sedlis, said in an email, “When only a third of students in this state are performing on grade level, even without evaluations, we know that there’s ineffective teaching going on.”