Posted on American Council of Science+Health    ::   by Nicholas Staropoli | http://bit.ly/1Zmsa6Q 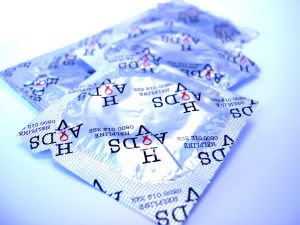 October 5, 2015  ::  Vaccines aren’t the only new requirement for California public schools, as Governor Jerry Brown signed into a law a bill that requires comprehensive sex education.

This law, along with another recent measure, includes language that mandates curriculum must cover a wide variety of sexual health topics such as HIV/AIDs, consent, gender issues and sexual orientation.

Last week, the state’s vaccination law was left untouched, after an attempt to overturn it was defeated for lack of voter support.

The bills go into affect January 1, 2016 and will covers all students at public schools in grades 7 through 12. The laws does not indicate what depth of material students should receive at what age, but it does require that all material be “medically accurate.” That is defined as material obtained through the scientific method, published in peer reviewed journals and/or is consistent with the policies of reputable medical agencies like the American Academy of Pediatrics.

Comprehensive sex education has been shown time and time again to be an effective way to curtail STDs as well as unwanted pregnancies, as compared to having no sex education and engaging in abstinence only. Teenagers are going to have sex, so our best way to prevent unwanted outcomes is to equip them with knowledge.

However, many officials appear to be naive about this. The federal government alone invested $1.5 billion from 1984 to 2009 into teaching the much maligned “abstinence only” method.

Several studies have shown that limiting sex education to abstinence only does not limit sexual activity in teens. What it does do, is leave them without vital information on how to stop the spread of disease when begin engaging in sex.

A recent report on sex ed in California found that 15 percent of students thought condoms were not effective at preventing STDs/HIV, while another 16 percent were unsure about their effectiveness. That is almost a third of California teens who don’t have the correct information on one of the most basic ways to protect themselves.

Previously, California made teaching sex education optional for individual school districts, and although a reported 90 percent of school districts opted in, many experts worried the right messages may not be getting across.

Some of the state’s public health advocates noted that districts cherry picked what topics to cover, leaving vital topics like sexual orientation and HIV/AIDS unaddressed in their curriculum. For example, a recent lawsuit filed by local parents against a California school district alleges that, among other egregious miscarriages of sex education, the school was using a textbook that failed to include the seemingly-obvious and necessary information that condoms prevent the spread of HIV.

The new law, named the California Youth Health Act, brings with it the promise that kids will make better and more-informed choices about their sexual health. And they wouldn’t be able to that if they’re not given the right information in the first place.