WANT REFORM? PRINCIPALS MATTER TOO + Letters to the editor: The Importance of Good Principals

By WILL MILLER | Op-Ed Contributor to the New York Times | http://nyti.ms/1E6k2MU 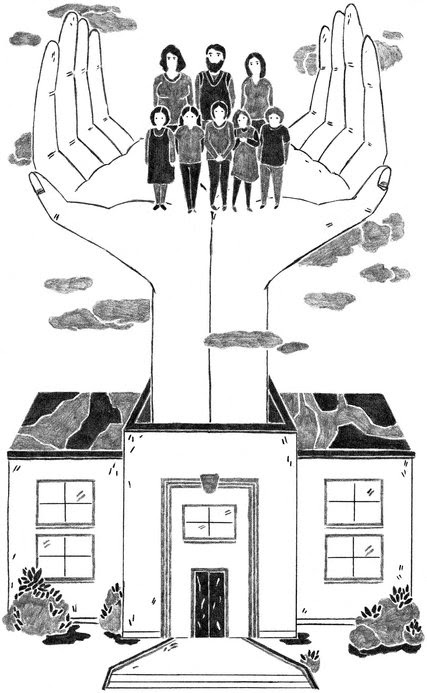 APRIL 17, 2015  ::  POLITICIANS and education reformers are fixated on the performance of teachers, but they often overlook another key ingredient for improving student achievement: principals. The problem is that great principals often don’t end up in the schools that need them most — those with poor and minority students. School districts, states and universities need to do much more to get outstanding principals into these schools.

A generation ago, good principals were efficient middle managers. They oversaw budgets, managed complicated bus schedules and delivered discipline. That started changing in the mid-1990s. Today’s principal needs to be much more focused on the quality of teaching in the classroom.

Take Clayborn Knight, principal of Nesbit Elementary School in Tucker, Ga., where more than 90 percent of his 2,100 students live in poverty. Mr. Knight arrives by 6 a.m. to form his game plan for the day and handle administrative matters so he can help teachers improve instruction during the rest of the day. He roams from classroom to classroom to observe teachers, give them informal feedback and present model lessons.

Dewey Hensley, the former principal of the J. B. Atkinson Academy for Excellence in Teaching and Learning in Louisville, Ky., where nearly all of the roughly 400 students were living in poverty, used data to get teachers to own their students’ performance. He lined a wall in the staff room with photos of teachers and color-coded charts showing whether their students were at grade level, below grade level or significantly below grade level. Once one of Kentucky’s lowest performers, his school doubled its proficiency in reading, math and writing.

Kimberly Washington, principal of Hyattsville Middle School in Hyattsville, Md., zeroed in on behavior that interrupted teaching and learning — students who were hanging out in the halls and coming late to class. She instituted uniforms, got extra help for misbehaving students and celebrated students’ accomplishments at rallies. Creating a positive culture helped cut suspensions by 90 percent from one year to the next.

Without strong principals like these, student achievement won’t improve. My organization, the Wallace Foundation, has spent a decade and a half working with states and districts nationwide, including the districts where these exemplary public school principals operate.

We also commission research on school leadership. In the largest of these studies, covering 180 schools in nine states, researchers from the University of Minnesota and the University of Toronto concluded, “We have not found a single case of a school improving its student achievement record in the absence of talented leadership.”

We need a bigger pool of outstanding principal candidates; we need to get them into the schools with the greatest challenges; and we need to support them on the job. Right now, that’s not happening in enough communities.

Most principals start out as teachers. They typically earn master’s degrees in educational administration, but many university principal training programs are “inadequate to poor,” according to a study by Arthur Levine, the former president of Teachers College at Columbia University. Would-be principals take classes in general management, school laws and administrative requirements, with little emphasis on how to improve teaching and student learning. The head of the University Council for Educational Administration estimates that only 200 out of the 500 university preparation programs for principals are effective.

New principals are often thrown into these tough jobs to sink or swim with little assistance from their districts, prompting many to quit before they can turn things around. On average, principals nationwide stay at a school about three to four years. That’s less than the five to seven years recommended by the Minnesota-Toronto researchers who conducted our study of school leadership.

It’s hard to think of another profession where so little attention is paid to leadership. Organizations like the military, corporations and universities invest heavily in their leaders. If we’re going to do this in public education, a lot has to change.

In Congress, lawmakers debating reauthorization of the Elementary and Secondary Education Act need to make principals a priority. Currently only 4 percent of federal dollars for improving educator performance is spent cultivating principals. Federal policy should fund improved training and mentoring for principals and require the equitable distribution of effective principals to schools with the greatest needs.

States should be much tougher about which university principal training programs get accredited and about principal licensing requirements.

University programs should selectively admit outstanding candidates who really want to become principals, not teachers looking for a credential to get a pay raise. The University of Illinois at Chicago, which has participated in our foundation’s meetings, has made its curriculum for principals much more challenging. It carefully screens applicants, who get hands-on experience during a full-year internship, as well as three years of on-the-job coaching by former principals. U.I.C. reports that schools led by these principals outperform comparable public schools in Chicago on measures ranging from keeping freshmen on track for graduation to standardized test scores to actual graduation rates.

School districts need to groom many more outstanding school leaders, in part by making sure they get proper training, but also by matching principals’ strengths with schools’ needs. It should become routine to provide new principals with mentors for several years.

Great teachers are essential but not enough. They need to be led and developed by great principals. As the federal government, states and local districts work to turn around schools, we need to figure out how to get more people with the right training and support to take on one of the hardest jobs in America.

Will Miller is the president of the Wallace Foundation.

The Importance of Good Principals

letters to the editor of the new york times | http://nyti.ms/1byxkZw 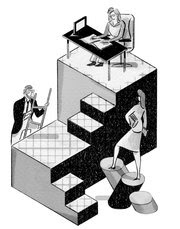 Regarding school principals, as a 30-year veteran of New Haven public high school teaching, I’ve “seen ’em come and seen ’em go.” I fully agree with Mr. Miller’s emphasis on reforming the building of leadership and putting more focus on recruiting, developing and retaining strong principals. But I would urge inclusion of three more steps toward this reform:

2. Give parents and faculty a voice in the selection of principals. One of the first challenges a new principal faces is gaining trust with stakeholders. Knowing that their representatives were part of the candidate screening process helps historically distrustful faculty and parent groups share responsibility for school leadership success.

3. Grant principals the primary say in selection and retention of her or his leadership team.

“Want Reform? Principals Matter, Too” was on target. The job of a principal has changed dramatically in the last 15 years in terms of responsibilities, accountability and work hours.

And yet, despite this relatively new focus on the principal as the instructional leader rather than as a building manager, the education-government complex continues to focus on teachers with a dearth of funding for principal training.

The bipartisan Senate proposal to reauthorize the Elementary and Secondary Education Act would improve the recruitment, preparation and retention of school leaders in high-need schools. The bill allows states to reserve up to 3 percent of Title II funds for principal training. Both my organization, the Council of School Supervisors and Administrators, and our national union, the American Federation of School Administrators, support this bill.

My organization has also been at the forefront of preparing the next cohort of school leaders through our Executive Leadership Institute. Years ago, we recognized that the “system” was failing to help school leaders as their duties expanded. The institute helps fill that void through workshops, yearlong programs and individual mentoring.

I am very pleased to see the deficiencies of school principals finally receiving some attention. If more teacher performance reviews were conducted by competent administrators, there would be far less demand to evaluate teachers by student test scores, and far fewer inadequate teachers granted tenure.

In my experience as a teacher, too many principals are appointed to their positions based on nepotism and social connections. Many applicants seek administrative positions not for higher pay, but to escape the classroom, where their limited skills make teaching too challenging, too stressful and too unsatisfying.

Their idea of educational leadership consists of parroting back whatever “new” idea they heard about at the latest administrative conference. They play favorites, and reward their favorite teachers with the students most likely to succeed. They care far more about classroom discipline than genuine learning, so a quiet classroom full of children filling in the blanks on “dittos” of scant educational value is considered preferable to a more boisterous room where intellectual adventure is taking place.

Best of luck to Will Miller and his organization, the Wallace Foundation. Better principals will help new teachers achieve mastery, reduce teacher turnover and build the kinds of schools our children need and deserve.