10 April 2015  ::  On Tuesday the Legislative Analyst’s Office issued The 2015-16 Budget: Possible May Revision Scenarios (follows) which paints a rosy picture of the State of California’s revenue projections for the next two years – with a full Kodachrome treatment of those nice bright colors that give us the greens of summers that makes you think all the world's a sunny day - for public education funding in 20i5-16.

(For extra credit compare+contrast this with the opening stanza of Paul Simon’s song - the part with the scatological reference to the high school curriculum.)

On Thursday  Kenneth Kapphahn  – the LAO’s resident authority on education issues - addressed the LAUSD Board of Education’s Budget, Audit and Facilities Committee and presented his PowerPoint  (also follows) – doing his best to make it seem that the good news (“Revenue projections are for at least 1 or 2 billion dollars over the Governor’s original budget forecast – and might be as much as 4 or 5 billion over) is something to be cautious about. Nobody mentioned counting unhatched-eggs-as-chickens at any point …but the metaphor was in there – pecking its way out. 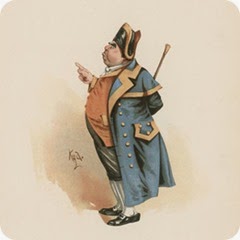 The complications of all this money – not a windfall, but a surge in revenue - is complicated, especially for the governor and legislature – who may not want to see Public Education get all they  we (you and I and six million California schoolchildren) are entitled to, statutorily and constitutionally. And The Office of the LAUSD Superintendent is horrified by the prospect of one-time-money – seeing it almost as ill-gotten-gains to corrupt the morals and disrupt the austerity of our school district.   LAUSD CFO Megan Reilly did her best to warn of the pitfalls of too much money and/or irrational exuberance. Megan may be a bean-counter – and the adjective’ ‘heartless’ is usually automatically appended to that job description – but she is not that good an actor. She is incapable of Dickensian villainy in any production of anything!

Uncompassionate, greedy and pompous, Mr Bumble is the minor church official for the workhouse where Oliver Twist is born>>

For some additional background read these:

I will write more of this on Sunday in the 4LAKids newsletter. 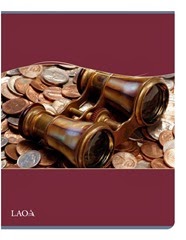 from the Introduction to the LAO report

Given the positive state tax collections of recent months, there is a significant potential of higher–than–projected state revenue—particularly for the current fiscal year (2014–15). Surprisingly perhaps, these trends pose a risk for the state budget because higher revenues in 2014–15 boost ongoing spending on schools and community colleges under Proposition 98, potentially making it harder for the state to balance its budget in 2015–16 and beyond. While a great opportunity for schools and community colleges, higher revenues at this time could mean that actions—such as cuts to non–Proposition 98 programs—may be necessary to address a budget problem in 2015–16. In light of this risk, we present five hypothetical scenarios to illustrate the potentially negative effects of higher 2014–15 revenues on the budget’s bottom line.

From the Executive Summary

State Revenues Appear to Be Surging. In the January 2015 estimates accompanying the 2015–16 Governor’s Budget, the administration raised its revenue projections by billions of dollars for 2013–14 through 2015–16, relative to assumptions in the June 2014 budget package. Given the positive state tax collections of recent months, there is a significant potential that these estimates will increase even more in May—particularly for the current fiscal year (2014–15). History cautions that such revenue surges prove temporary.

Revenue Surge May Limit Ability to Fund Priorities Other Than Schools. Surprisingly perhaps, these revenue trends pose a risk for the state budget mainly because higher revenues in 2014–15 boost ongoing spending on schools and community colleges under Proposition 98, potentially making it harder for the state to balance its budget in 2015–16 and beyond. The factors driving school spending upward now make it more difficult to fund other potential state budget priorities, such as augmentations for non–school programs, debt payments, and budget reserves.

Hypothetical Budget Scenarios Intended to Help Legislature Plan. This report provides a preview of possible scenarios that the state’s elected leaders may face while finalizing the 2015–16 budget package in May and June. Using the Governor’s budget proposals as a starting point, we present five hypothetical May Revision scenarios with higher revenues of varying amounts and describe their effects on the budget’s bottom line. Given the number of variables involved, many other outcomes are possible. We do not produce a new revenue or budget outlook in this report. Rather, we consider the key factors that may affect May estimates—principally revenues, the Proposition 98 minimum guarantee for schools and community colleges, and Proposition 2, the debt payment and budget reserve measure passed by voters in November 2014.

Modest Budget Problem Emerges in Various Hypothetical Scenarios. Under four of the five scenarios, the state would face a budget problem—meaning that spending cuts, revenue increases, or other actions would be necessary to balance the budget in 2015–16. The emerging budget problem is principally due to higher assumed 2014–15 revenues that boost Proposition 98 spending on an ongoing basis. Under these five scenarios, the share of the assumed revenue increases across 2013–14 through 2015–16 going to Proposition 98 ranges from 86 percent to 125 percent. In addition, the higher assumed revenues increase (1) Proposition 2 requirements and (2) mandate reimbursements to cities, counties, and special districts under a provision of the June 2014 budget package. While these scenarios present some challenges for the state’s elected leaders, they would be quite modest compared to the state’s budget problems of just a few years ago.

Legislature Has Options to Address Situation. The Legislature has various options to address a potential budget problem. While the Legislature could draw down part of the $1.6 billion rainy–day deposit made before Proposition 2, reduce non–Proposition 98 spending, or increase revenues, it has other options for dealing with its budget situation. These options include (1) exploring changes in Proposition 98 calculations that would provide somewhat less growth to education programs to minimize the negative effects on the rest of the budget, (2) making choices in implementing Proposition 2 that reduce the amount of reserve deposits and/or debt payments, and (3) scrutinizing the administration’s spending estimates and proposals to ensure they reflect expected program costs for the coming year.

Governor Must Present Balanced Budget Plan. The Governor will have to present a balanced budget plan to the Legislature in May. If actions are needed to keep the budget in balance, the administration’s choices range from adjusting calculations of arcane budget formulas with minimal programmatic impact to spending cuts and/or revenue increases. (While the Governor also could declare a Proposition 2 budget emergency, a budget emergency seems unlikely under the fiscal calculation specified in the measure.) In our Overview of the May Revision, we anticipate describing the ways the administration keeps its budget plan in balance. Our Overview also is likely to focus on how the Governor proposes to spend a large influx of new school funding and meet the budget reserve and debt payment requirements of Proposition 2.

The 2015-16 Budget: Possible May Revision Scenarios by smf 4LAKids