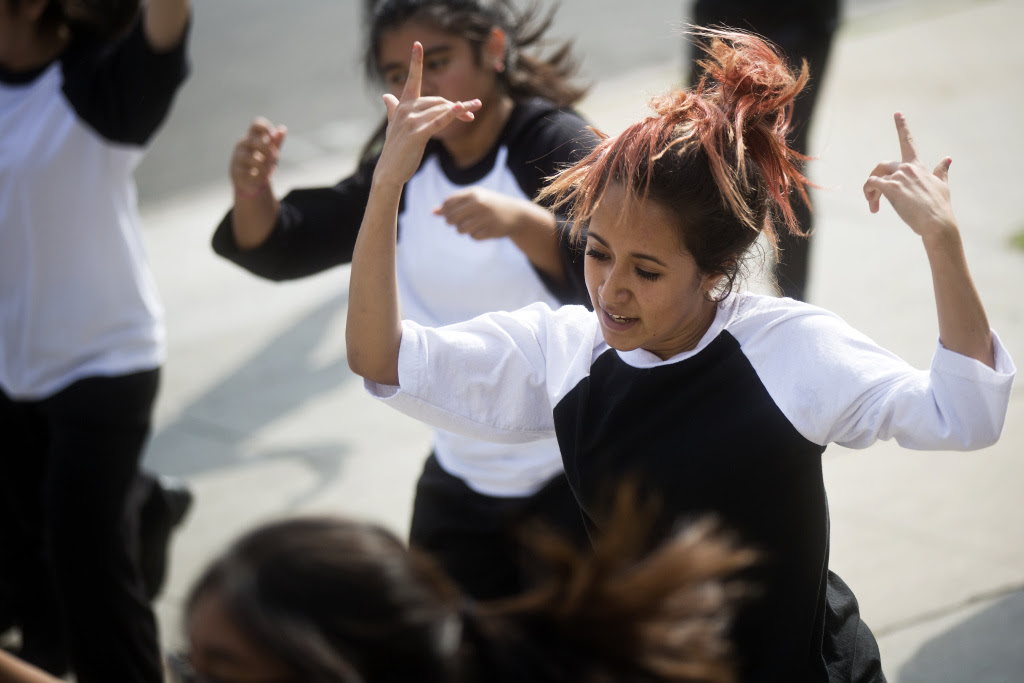 March 26 2015  ::  For years, Los Angeles Unified School District officials have known they have a problem when it comes to teaching the arts.

There aren't enough art teachers and thousands of district students are making their way through school without instruction in the arts, a violation of state law.

How to fix it? School board member Steve Zimmer came up with an idea to look at what was being taught but also to whom and where; poverty would also be a measure. Thus was born the Arts Equity Index – a tool that gives each school a grade for its arts education, from nonexistent to excelling.

After many months in the making, the arts index data rolled out to school board members Tuesday, giving them their first look at how well LAUSD schools provide education in the arts.

"It confirmed my worst fears," Zimmer said, "that we had decimated arts education in this district and that access to arts education had really become not a right, but a privilege for the affluent or the lucky."

As district officials sort through the data from more than 600 schools, they are developing a plan to increase art classes, with priority going to those schools with the greatest need.

Officials say they would require around $45 million in arts funding for the 2015-2016 school year to fully fund a strong arts program. The current budget is less than half of that.

Zimmer said the district can’t afford to fully fund the arts, but it can start to move in that direction.

"We had damned well better be sure that we are placing this district and our budget priorities on a trajectory to meet the aspirations of the plan," he said. "Our kids deserve no less and our kids have been getting less than they deserve," he said.

The Arts Equity Index comes on the heels of several ongoing attempts to improve arts education in the district. In October 2012, the board passed a resolution to make the arts a core subject, on par with subjects like math and science. But the district hasn't achieved that goal, and district officials have flip-flopped on plans. Funding has been on ongoing obstacle.

School board member Monica Ratliff, who has also been a vocal advocate of arts education, called the disparities between arts-rich and arts-poor schools "shocking."

In a written statement on the release of the index, Ratliff said: "We must identify sustainable sources of funding and encourage schools to think outside the box in terms of scheduling arts classes."