●● smf: 17 April 2015 :: KPCC reports that the Burbank School Board appointed Matt Hill as Burbank superintendent at their meeting last night. A commenter on the KPCC blog reports that board of education member Dave Kemp publicly+dramatically resigned from the board to avoid having to participate in this vote:

The following article was published before the board meeting and Hill’s appointment:

It probably tells one all one needs to know that the article is headed by a photo of John Deasy and not Matt Hill.

That said, 4LAKids wishes Burbank Unified and the Burbank board of ed, educators, staff, parents and most of all students the best of luck. Including Superintendent-elect Hill.

It would be glib to append the obvious put-down “…they’re going to need it.”  We all of us need it.

It’s just that skill and practice are preferable. 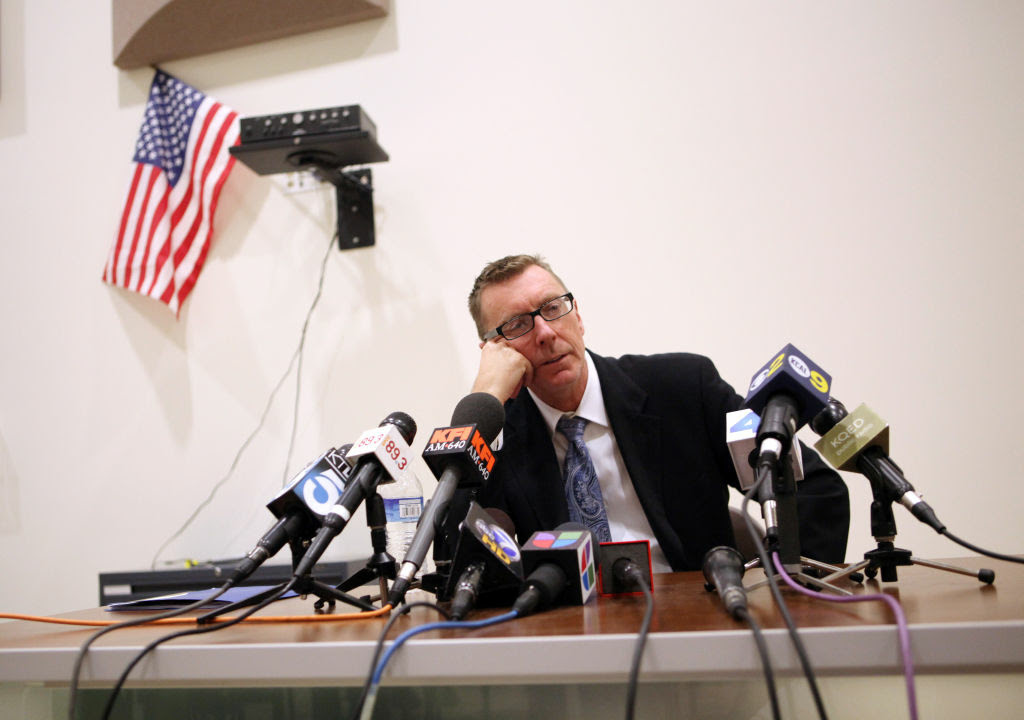 Teachers in Burbank Unified School district are up in arms over a superintendent candidate who helped direct the LAUSD technology programs and whose hiring is before the school board Thursday night.

Matt Hill, Los Angeles Unified's chief strategy officer, was a deputy of former LAUSD Superintendent John Deasy and was hired by Deasy to guide that district’s technology and curriculum improvements.

If Hill is approved by Burbank Unified’s school board, he would take over as superintendent of the 16,000-student district in July, succeeding Jan Britz who is retiring.

Hill's involvement in the LAUSD iPad and MiSiS projects have been cited by his opponents who argue he should not hold the top job in the Burbank district.

His connection to Deasy, who frequently clashed with the Los Angeles teachers union over such issues as teacher evaluations, has brought out union members who view Hill as a reformist in the Deasy mold.

At a public forum this week in Burbank, teachers grilled Hill about his views on job protections and teacher evaluations, and his role directing Deasy’s controversial tech programs.

Teacher Dana Ragel told Hill he shouldn’t be superintendent if he hasn’t taught in a classroom.

"I’m sure that you’re a wonderful person and parent but someone without an instructional background should not have been considered for the position of superintendent," Ragel said.

Hill distanced himself from his former boss.

"Working for our superintendent, with John Deasy, was very aggressive and combative, and sometimes that baggage comes with me as part of that leadership team," Hill said "As you can tell, I have a different style. I believe in the outcome he was trying to achieve. He knows he burned some bridges, but I have a different approach."

Hill said he would follow the Burbank school board’s direction on issues such as charter schools, accepting funds from pro-charter school foundations, and using student data for teacher evaluations.

School board member Larry Applebaum said Hill owned up to the mistakes made at LAUSD and talked about how he helped fix the problems.

Applebaum said Burbank Unified’s students don’t need a superintendent who is a master teacher. The district’s teaching is good, he said. Instead, Applebaum said, the district needs someone to create a long-term plan for its finances, staff, and facilities.

"We cobble together policies and are without a cohesive long-term strategic plan as an organization," Applebaum said.

While her union has voiced strong opposition to Hill’s appointment, Adams says she’ll respect the board’s decision on Hill.

"I will work with anyone, but I definitely will keep a very strong eye on him and I will make sure that he follows the rules. I will watch any hirings and firings," she added.