As the overall education level declines, the state faces not only social ills but also major economic problems.

OP-ed By Michele Siqueiros in the LA Times |http://lat.ms/13f6sBR 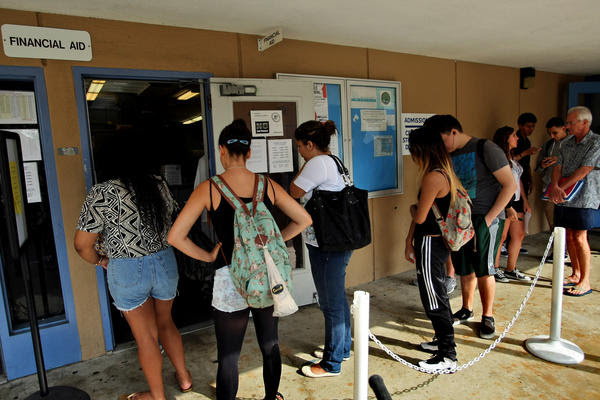 May 13, 2013  ::  California has proved to be a land of opportunity where hard work delivers prosperity and nurtures innovation. Its human capital has helped the state develop into the world's ninth-largest economy, which attracts nearly half of the venture capital in the nation.

But this opportunity and success have not reached everyone, and the California dream is in danger of slipping away.

Today, California ranks first in the country in the number of working low-income families. "Working Hard, Left Behind," a new study conducted by the Campaign for College Opportunity (follows) , found that millions in the state are working hard but are increasingly left behind. More than a third of California's working families are considered low income, earning less than $45,397 a year for a family of four.

There is a solution. The study also found that higher education is a proven pathway from poverty to prosperity for working Californians. And it can work, even in these difficult economic times, if there is a will for reform and investment in the state's higher education system.

Without significant changes, California will be 1 million baccalaureate graduates short of meeting the demands of the state's economy in 2025, according to a 2009 report from the Public Policy Institute of California; when vocational certificate and associate degree graduates are included, the number grows to 2.3 million.

As a result of this low level of educational attainment, these adults are expected to spend more time unemployed, in poverty and in need of public cash assistance. In contrast, Californians who graduate with a bachelor of arts degree earn $1,340,000 more over their lifetimes than those with only a high school diploma.

Despite the clear benefits of increasing the state's higher education attainment rate, the two major pathways for adult education in California — the K-12 school districts and the California community colleges — do not have a strategy to increase the rates of the adult enrollment and completion of some higher education. The system is not working. We must act with urgency or risk not only the future of these families but the state's economy.

California must enact a comprehensive strategy of policy reform and program innovation designed to help struggling adults gain the higher education needed for the many complex and technical high-wage jobs on the market. These are the jobs that will most help move working low-income families closer to economic prosperity. The report offers recommendations for California policymakers on how to overcome obstacles to college access and completion for low-income adults.

The state must develop a comprehensive strategy for public K-12 education, adult education and higher education systems for addressing remedial education. California also must set clear goals for college certificate and degree completion, align them to projected workforce demands and monitor progress in meeting them.

Together, these initiatives can create clear pathways from adult education to higher education opportunities for working low-income families.

To assist adult learners to enroll and stay in school, we must improve and expand financial aid options for nontraditional students, such as single mothers or working adults who have delayed their college enrollment, and make child care available for low-income students attending colleges and universities.

Starting with this year's budget, we need to prioritize state funding for California community colleges with a focus on efforts to ensure student success, such as orientation and counseling services and student success centers.

And to inform these policies and initiatives, we need to do a better job of collecting and analyzing data on socioeconomic status and the barriers faced by low-income adults.

The report illustrates a troubling picture: a crisis of inequity in California that is both a social justice and economic imperative. Economic security should not be out of reach for people who are working hard, because if their success remains unattainable, the state's future well-being is threatened.

"As this important report makes stunningly clear, while the demand for college-educated workers continues to grow, almost 1 in 5 California adults don’t have a high school degree or its equivalent and more than 1 in 10 have less than a ninth-grade education. The future of the Californian economy – and of millions of low-income working families– depends on increasing the pathways to and through higher education."