The State Budget: WHAT TO DO WITH CALIFORNIA’S WINDFALL

State tax revenue may be higher than projected. But that doesn't call for a spending spree 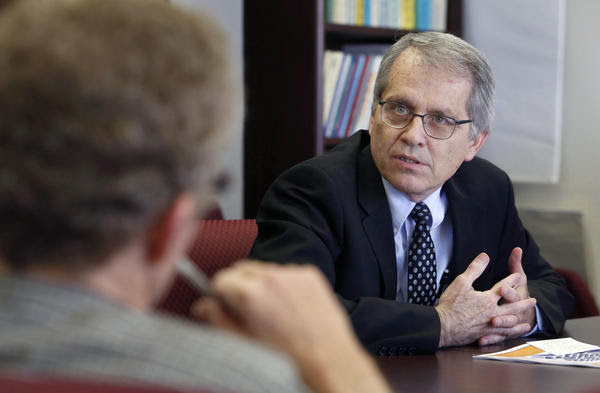 Days after Gov. Jerry Brown urged lawmakers to spend conservatively in light of the fragile state economy, Taylor, the head of the Legislative Analyst's Office, estimated that the state's tax revenues would be $3.2 billion higher than Brown predicted. Now lawmakers are debating how much of that money to spend in the fiscal year that begins July 1. We share their desire to undo some of the penny-wise, pound-foolish cuts made in recent years. But it's important that the Legislature not push the state back into a fiscal hole by incurring new, ongoing expenses it may not be able to afford.

A key question for lawmakers is what to make of the $4.5 billion in surplus tax dollars that Sacramento unexpectedly hauled in during the first four months of 2013. Brown characterized it as something of a fluke; Taylor countered that the extra money stemmed from stock market and property value increases that would be maintained, if not expanded, over the coming fiscal year. Brown predicted that personal income tax revenues would plummet after July 1, and total revenue would drop about 1%. Taylor estimated that income taxes would hold steady and that total revenue would climb modestly. Hence the gap between their forecasts.

Not surprisingly, the Democrats who control the Senate and Assembly budget committees want to use Taylor's numbers. To their credit, though, they would put most of the extra money into reserve funds or, in the Assembly's case, into paying back more of the money the state owes to schools. The new spending the committees have proposed would mainly restore programs that had been cut in recent years, and in many cases they've targeted it to one-time expenses or program expansions that can be canceled if revenues fall short.

As unlikely and commendable as their restraint may be, they may not have gone far enough. As Taylor notes, the state still faces huge fiscal challenges — most notably, a looming $73 billion unfunded liability in the retirement fund for public school teachers and a $10.7 billion debt to Washington for borrowed unemployment benefits — that both Brown and the Legislature are ignoring. Although lawmakers can't tackle either of those issues without addressing deeper problems in the teacher retirement and unemployment insurance systems, it makes sense to start putting money aside now.

Taylor makes a persuasive case that Brown's figures are simply too conservative. Nevertheless, the state's experience with boom-and-bust revenues over the last 15 years makes a strong case for caution. If the Legislature is going to count on potentially chimerical revenue to spend more than Brown has proposed, it should take the same approach as it did last year: It should identify which of those increases it will cancel, or what other areas of the budget it will cut, if the extra dollars don't materialize. And it should start building up reserves to cover the multibillion-dollar liabilities Sacramento has yet to confront.

smf: It’s amazing how the light at the end of the tunnel – or perhaps a lifeline – becomes a ‘windfall”.

Or is a ‘windfall’ the debris that falls during a tornado?