Parent trigger: WHO’S FOR IT AND WHO’S AGAINST IT TELLS THE STORY 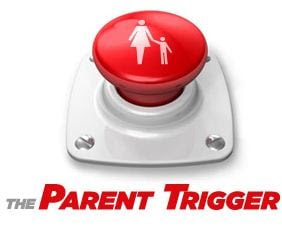 April 23, 2013 at 5:00 am  ::  You can learn pretty much everything you need to know about the controversial  “parent trigger” legislation now before the Florida Legislature by looking at who is for it and who is against it.

Parent trigger legislation is intended to give parents with children at low-performing schools the legal right to petition the state or district for a change in school structure, with the parents getting to pick from a list of options. Those options include turning the school over to a private management company.

Proponents say it gives parents more options and power in their children’s education. Opponents say it is a stealth way of turning traditional public schools into charter schools and that it will lead to more privately run schools and contentious battles in school communities (such as the one that ripped up the California town of Adelanto).

The Florida Senate’s former Democratic leader, Nan Rich of Weston, who is running for governor in 2014, said at a recent press conference that  the bill is really about “laying the groundwork for the hostile, corporate takeover of public schools throughout Florida” and is “a direct attack on public education.”

The Florida legislation, which failed last year, has already passed in the state House and will be taken up by the Senate by the end of the month. In an effort to make it more appealing to opponents, an amendment  changed the language in the Senate version to allow the local school board to make the final decision after parents petition for a change in school leadership. That move, according to this piece by Orlando Sentinel columnist Beth Kassab,  stripped the bill of much of ts power, but critics say it still has damaging provisions, including one that allows converted charters to be be exempt from state class-size laws.

Who is for it and who is against it tells the real parent trigger story.

Here’s a list of organizations that have funded Parent Revolution, a non-profit organization based in California that pushes the parent trigger around the country and sent representatives to Florida to testify in favor of the bill. This comes from the Parent Revolution website:

And here, among others, are the organizations against the parent trigger legislation:

So it’s a powerful coalition of super-wealthy foundations — virtually none of them are based in Florida — against Florida-based citizens and parents groups.

Here’s the bottom line: If the Florida PTA, the famous Parent Teachers Association, doesn’t support it, can parent trigger really be the parent empowerment bill that supporters claim it is?