Sep 30, 2015  ::  In an effort to get as much input as possible into the planning process, LAUSD is polling parents, teachers and other school-site staffers about the upcoming school calendar.

More than 58,000 people responded last Friday and Saturday to the survey, which seeks information about what date the school year should start and when the first semester should end, how long winter break should be, whether elementary and secondary schools should be on the same calendar and how enrichment and intervention programs can best be accommodated.

The results will be compiled for a calendar committee convened by Superintendent Ramon C. Cortines. Rather than having to go through the process annually, he instructed the panel to recommend calendars for the next three years – through 2018-19.

“Our students and our employees and their families should be able to plan ahead,” the superintendent said. “This is not a debate that we should be having every year.”

The school calendar has become a contentious issue since 2012, when the school board instituted an “early-start” schedule, beginning classes in mid-August rather than after Labor Day. Critics complained that the early start to the school year cut into family vacations or put kids in classrooms during the sweltering summer days. Others, however, said that finishing first semester before winter break was better for them academically.

This year’s start date was Aug. 18, an effort to broker a compromise between the two sides.

The calendar committee is currently looking at six options; five of them would start school in early to late August, while the sixth would have a post-Labor Day start. The proposal, dubbed Option 5, includes a seven-week winter break and an official summer break of just five weeks, which would give students the opportunity to make-up classes or to take enrichment classes.

The phone poll had been scheduled to end on Tuesday, but some respondents reported that they were unable to complete the survey because of technical difficulties. As a result, Mr. Cortines has extended the deadline.

The District did a survey prior to implementing the early-start calendar, but it was conducted online and generated limited results.

“We opted to do a phone poll this time so that we could reach all parents, teachers and other employees who work at all of our schools,” said Zsuzsanna Vincze, director of School Operations.  “This is an important issue, and we want to make sure we get feedback from as many people as possible.”

School Board member Mónica Ratliff suggested a phone survey during discussions of this year’s calendar.

“I greatly appreciate Superintendent Cortines’ commitment to gathering feedback from the many stakeholders who lack internet access, and I look forward to reviewing this feedback. While internet surveys can appear easier to conduct than telephone surveys, they do not allow us to access the opinions of the many families who lack Internet access.”

“I was, obviously, disappointed by the reports of some technical difficulties that arose with the phone surveys. I commend the Superintendent and staff for their quick and diligent responses to these reports and for their commitment to facilitate input on the instructional calendar.”

Parents, teachers and other school-site staffers are expected to opine-in-an-informed-manner  upon the following in a telephone survey – a blind call – without the benefit of actually seeing the following? 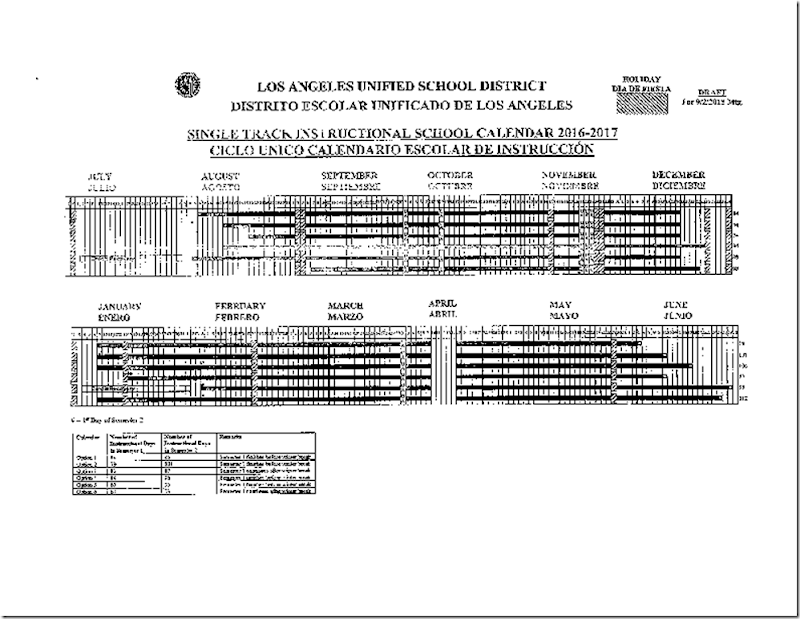 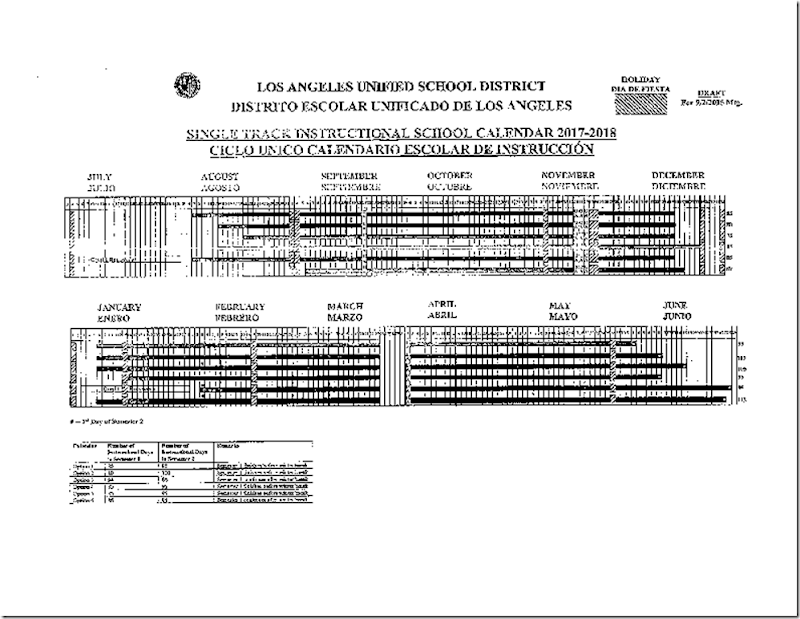 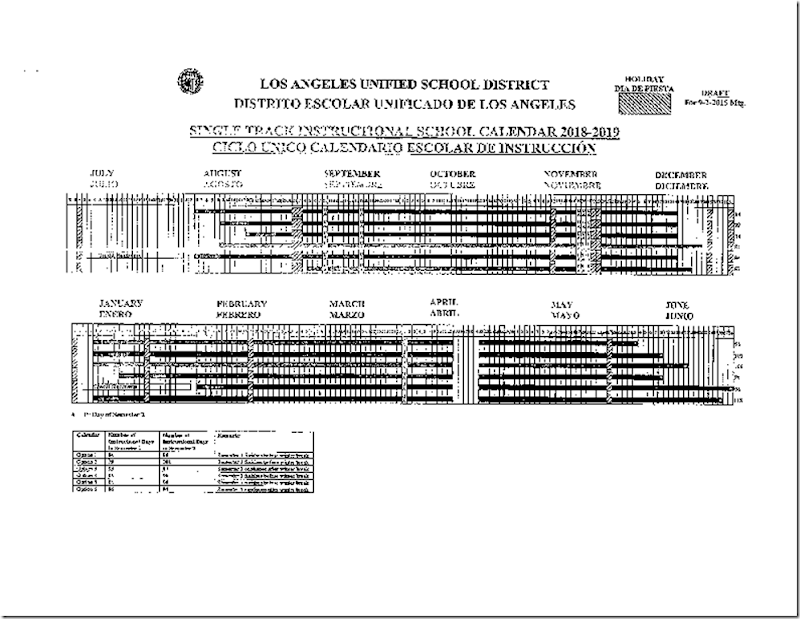