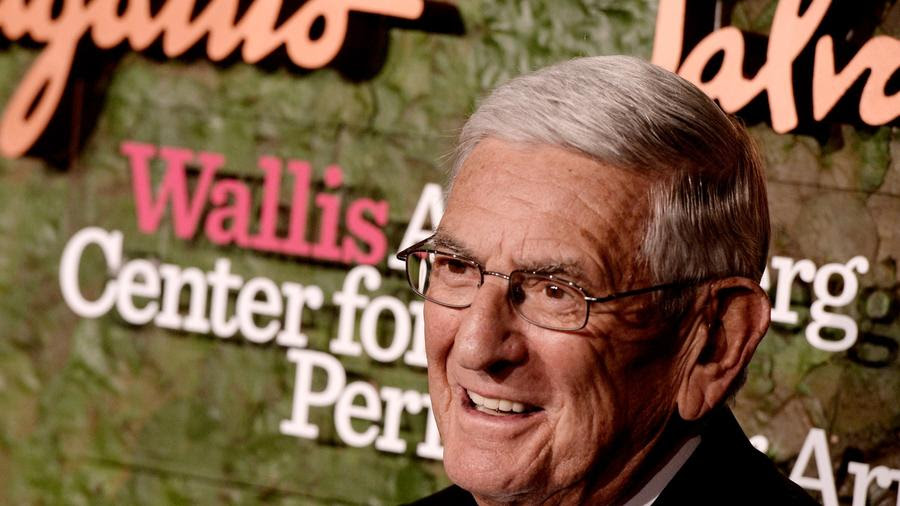 The foundation funded by philanthropist Eli Broad is working on a plan to rapidly expand charter schools in Los Angeles. A draft obtained by The Times put the goal at 50% of public school student enrollment.  (Kevin Winter / Getty Images)

Sept 21, 2015  1:18 PDT  ::  Backers outlined an ambitious strategy to place half of the students in the Los Angeles Unified School District into charter schools over the next eight years, a move they said would serve as a model for the rest of the nation, according to documents obtained by The Times.

The 44-page report is dated June 2015 and outlines a campaign of fundraising and building political awareness aimed at reaching the goal, which the report said would require $490 million. 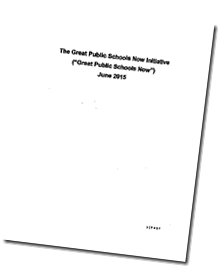 The report cited numerous foundations and individuals who could be tapped to raise money, including the Bill and Melinda Gates, Bloomberg, Annenberg and Hewlett organizations. Among the individuals cited as potential targets for fundraising were Eli Broad, Irvine Co. head Donald Bren, former entertainment mogul David Geffen and Tesla's Elon Musk.

It also suggested a strategy of grassroots organizing and civic engagement designed to generate more interest among parents in charter schools.

L.A. Unified already has the largest charter school program in the country, representing about 16% of total enrollment. But getting to 50% would mean creating 260 charter schools that would provide 130,000 seats, the report said.

“The opportunity is ripe for a significant expansion of high-quality charter schools in Los Angeles,” the report states in its executive summary. “Thanks to the strength of its charter leaders and teachers, as well as its widespread civic and philanthropic support, Los Angeles is uniquely positioned to create the largest, highest-performing charter sector in the nation. Such an exemplar would serve as a model for all large cities to follow.”

Charters are independently run, publicly financed schools that are exempt from some rules that govern traditional schools; most are non-union.

The Times broke news of the charter expansion plan in August, relying on confidential sources who cited the 50% figure. When contacted last month, the Eli and Edythe Broad Foundation said the charter plan is in an early, exploratory phase, but declined to provide specific information.

For years, the growth of charters has been a point of contention in Los Angeles and across the nation. Locally, the schools have proved popular with parents, contributing to their growth.

Their increase in number also has been fueled by grant support from the Obama administration and philanthropy, including from the Broad Foundation, the Bill and Melinda Gates Foundation and the Walton Family Foundation. Broad and his wife have invested $144 million in charters in L.A. and elsewhere, according to their foundation.