By diane ravitch in her blog | http://bit.ly/1UxgAGd

“After nearly a year of deliberation, the state Supreme Court ruled 6-3 late Friday afternoon that charter schools are unconstitutional.

“Therefore “money that is dedicated to common schools is unconstitutionally diverted to charter schools,” Madsen wrote.

“The ruling is a victory for the coalition that filed the suit in July 2013, asking a judge to declare the law unconstitutional for “improperly diverting public-school funds to private organizations that are not subject to local voter control.”

The state held four referenda on charters. Voters rejected them three times–in 1996, 2000, and 2004–but in 2012, Bill Gates , Paul Allen, Alice Walton, the Bezos family, and a handful of other billionaires created a fund of more than $10 million (correction by reader: $17 million) to support another charter vote, called I-1240. The billionaires outspent the opposition in the election by 50:1. The measure barely passed by a margin of 1%. Stand for Children stood with the billionaires.

MADSEN, C.J.-This case is a direct review of a King County Superior Court
decision that found certain portions of Initiative 1240 (I-1240) (Charter School Act or
Act), codified at chapter 28A.710 RCW, unconstitutional but left the remainder of the
Act standing. We hold that the provisions of I-1240 that designate and treat charter
schools as common schools violate article IX, section 2 of our state constitution and are
void. This includes the Act's funding provisions, which attempt to tap into and shift a
portion of moneys allocated for common schools to the new charter schools authorized
by the Act. Because the provisions designating and funding charter schools as common
schools are integral to the Act, such void provisions are not severable, and that
determination is dispositive of the present case.

After nearly a year of deliberation, the state Supreme Court ruled late Friday afternoon that charter schools are not constitutional. 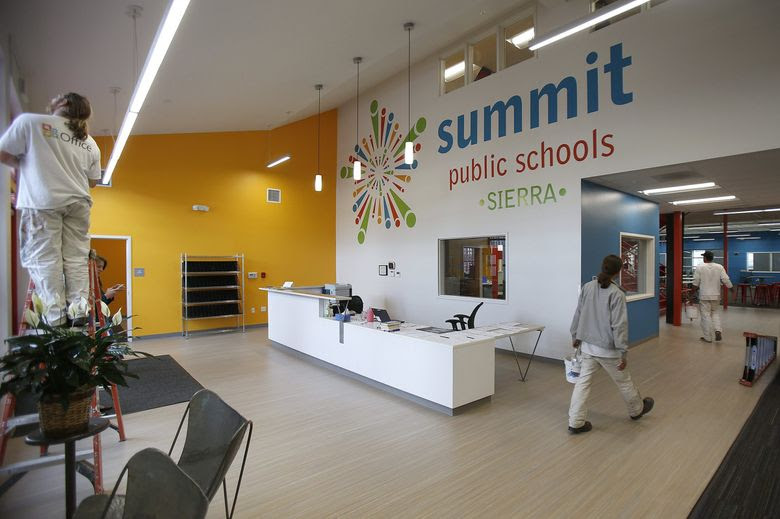 Employees of Washington Commercial Painters retouch the interior at the Summit Sierra charter school in Seattle after hours Friday. After nearly a year of deliberation, the state Supreme Court ruled... (Sy Bean / The Seattle Times) 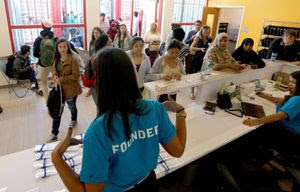 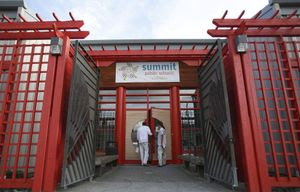 Originally published September 4, 2015 at 4:31 pm Updated September 5, 2015 at 12:43 pm  ::  After nearly a year of deliberation, the state Supreme Court ruled 6-3 late Friday afternoon that charter schools are unconstitutional, creating chaos for hundreds of families whose children have already started classes.

The ruling — believed to be one of the first of its kind in the country — overturns the law voters narrowly approved in 2012 allowing publicly funded, but privately operated, schools.

Eight new charter schools are opening in Washington this fall, in addition to one that opened in Seattle last year.

It was not immediately known what would happen with the schools that are already running. The parties have 20 days to ask the court for reconsideration before the ruling becomes final.

“We will absolutely be here ready for kids on Tuesday,” said Executive Director Malia Burns.

In the ruling, Chief Justice Barbara Madsen wrote that charter schools aren’t “common schools” because they’re governed by appointed rather than elected boards.

Therefore, “money that is dedicated to common schools is unconstitutionally diverted to charter schools,” Madsen wrote.

Justice Mary E. Fairhurst agreed with the majority that charter schools aren’t common schools, but argued in a partial dissenting opinion that the state “can constitutionally support charter schools through the general fund.”

She was joined by Justices Steven C. González and Sheryl Gordon McCloud.

Charter schools, at a glance

The ruling is a victory for the coalition that filed the suit in July 2013, asking a judge to declare the law unconstitutional for “improperly diverting public-school funds to private organizations that are not subject to local voter control.”

“The Supreme Court has affirmed what we’ve said all along — charter schools steal money from our existing classrooms, and voters have no say in how these charter schools spend taxpayer funding,” said Kim Mead, president of the Washington Education Association.

“To tell you the truth, I cried. It’s been a long hard fight,” said Melissa Westbrook, an education blogger who chaired the campaign opposing the charter-school law in 2012.

“The court had this case in front of them since last October and waiting until students were attending public charter schools to issue their ruling is unconscionable,” Halsey said. “We are most concerned about the almost 1,000 students and families attending charter schools and making sure they understand what this ruling means regarding their public-school educational options.”

The state Attorney General’s Office said attorneys are reviewing the decision, but had no comment Friday.

David Postman, communications director for Gov. Jay Inslee, said the governor’s office is reviewing the court’s decision and will consult with the Attorney General’s Office.

“But until we have a thorough analysis, we can’t say what that means for schools operating today,” Postman said.

Under the 2012 law, up to 40 new charter schools could have opened in Washington over a five-year period.

In December 2013, King County Superior Court Judge Jean Rietschel struck down the part of the law that would have made charter schools eligible for state construction money, but essentially cleared the way for the state commission and the Spokane school district to authorize new schools. Spokane is the only school district with such authority.

All sides expected the case to reach the Supreme Court, which heard oral arguments last October.

“We were not expecting a ruling as deeply disappointing as this one,” Sundquist said.

He said the commission’s lawyer in the Attorney General’s Office will be meeting Saturday morning with other attorneys to discuss options.

The attorney for the plaintiffs, Paul Lawrence, doesn’t think there’s much more legal work to do on the issue. But he acknowledged that much has to be sorted out regarding the nine charter schools that are already up and running.

“The bottom line is that the initiative is unconstitutional so the charter schools that were authorized under the charter-school initiative can’t be publicly funded,” Lawrence said. “If there’s any avenue, it’s going to be through some act of the Legislature.”

That’s what happened in Georgia.

In 2011, the Georgia Supreme Court struck down a 2008 law that created a state commission to authorize charter schools, which have been legal in the state since 1993.

The decision didn’t affect the vast majority of Georgia’s charter schools, according to the Georgia Charter Schools Association. In 2012, voters approved a constitutional amendment that reinstated the state commission.

Tom Franta, leader of the Washington State Charter Schools Association advocacy group, said he was waiting to hear back from the nonprofit’s attorney to find out what happens next.

“We haven’t had a chance to debrief the opinion with attorneys, with what does happen next with the schools that are open,” he said.

Rep. Chad Magendanz, R-Issaquah, and ranking member on the House Education Committee, said he was stunned by the decision.

“I’m shocked. I’m worried about the political aspects about this,” Magendanz said. “The court is becoming too much of ‘a political animal,’ ” said Magendanz, a charter-school supporter.