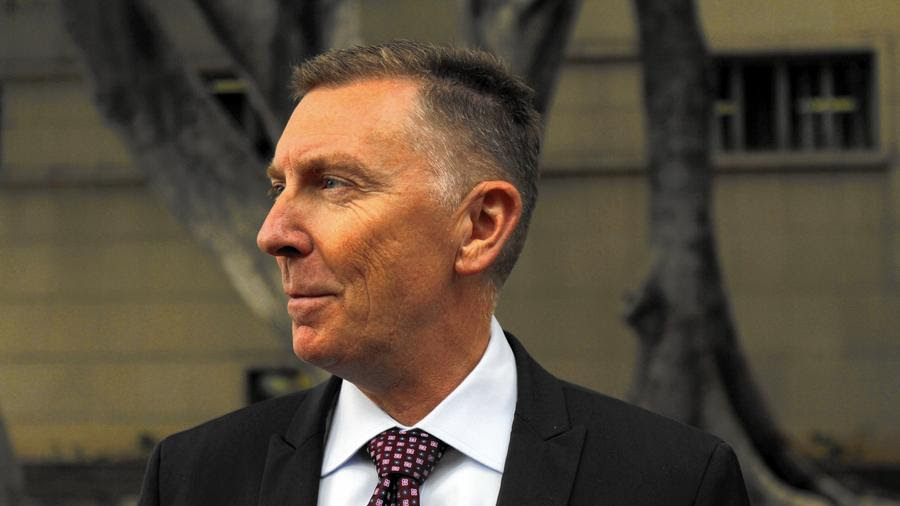 Former L.A. Unified Supt. John E. Deasy was a champion of the options that charter schools offered. (Francine Orr / Los Angeles Times)  ●●smf: Will the day ever come when The Times photo editor doesn’t drop a photo of “Dr.” John into every LAUSD story?

8 Sept 2015 | 4AM  ::  The hunt for the next Los Angeles Unified schools superintendent is on; the battle lines are being drawn. I hope the issue of charter schools doesn't become a competent candidate's Waterloo.

On the battlefield the issue tidily divides opposing camps: Are you for public accountability or private control?

But in real life, that's a false dichotomy — one that plays to adult fears and discounts student needs.

It paints charter schools as the tool of business interests, intent on undermining public education. Indeed, privately funded reformers do seem a tad too eager to wade into troubled neighborhoods and create the equivalent of pop-up schools.

But that fear-mongering hasn't made much of an impression on parents who consider public charters a worthy alternative to struggling local schools. Los Angeles has more children attending charter schools — 1 in 6 district students — than any school system in the country.

Their defection has created a parallel universe of taxpayer-funded privately run schools, with freedoms most district-run schools don't enjoy. That's stoked resentment at schools forced to share space with the interlopers and alarmed union leaders because many charters operate outside out of their protection and control.

Former Supt. John Deasy was a champion of the options alternative schools offered. He was determined to challenge the status quo.

The next few months will let us know whether that push will continue — or whether Deasy's high-profile feuds and failures will give business-as-usual forces a toehold.

Last week the school board settled on a search firm and spelled out what it's looking for.

The list sounds to me like candidate Deasy — a visionary with a sense of urgency and the skills to attract outside funding — except for the part about being able to work well with power-hungry unions, a fractious school board and a public impatient with the pace of change.

It's hard for me to imagine why anyone worthy would want the job this time around. The politics are toxic, the problems intractable, the scrutiny relentless.

Deasy's intentions were good and his commitment to students unquestioned, but his intransigence was his undoing. His arrogance fueled critics and isolated him from folks in the trenches doing the grunt work that reform requires.

What we need now is not someone whose goal is "to lift youth out of poverty," as Deasy often proclaimed. A noble goal without a realistic plan — beyond don't suspend students, just give them all iPads — is destined to dissolve. And the plan in this district has to involve input from teachers, parents and school board bosses.

It's easy to fall for the guy with the savior complex. And just as easy to wind up disillusioned.

The outsider before Deasy was retired Navy Vice Admiral David Brewer, who was fired midway through his four-year contract because he never managed to get beyond declaring himself "a champion for the children, teachers and staff" — all of whom floundered under his regime.

I hope Mayor Eric Garcetti starts paying closer attention to what's going on in the city's schools. We need more than silence from the sidelines. There may even be a lesson in Deasy's departure for the mayor: Big plans that flop when you don't attend to detail get counted as a "fail."

And I hope Supt. Ramon Cortines will be involved in the selection process. He's smart, steady and understands what teachers, parents and students need. During a previous stint in the top job five years ago, he championed public school choice, allowing outside groups to run new schools and put charter programs on traditional campuses. He wasn't afraid of change.

I understand the knock on charters: They siphon students and money from district schools and can leave behind the most expensive and difficult to educate. They have a competitive advantage because they're freed from limits and rules that hamstring regular campuses.

But I don't believe they represent some dark conspiracy by "a powerful coalition of billionaires, libertarians and religious zealots" who aim to destabilize public education, as historian Diane Ravitch wrote in a Times op-ed piece this summer, urging the next superintendent to close the door on charters.

Some want small classes or accelerated standards they don't think the district offers. Some are drawn to themes — dance, science, social justice — their children enjoy. Some seek a sense of community, where teachers care, boundaries are clear and students feel safe. Some want a more integrated setting than their neighborhood schools provide. And some are trying to carve out a middle-class niche in neighborhoods heavy with poor and minority kids.

The academic record of charters is mixed, but their popularity keeps growing because some things matter more to parents than test scores; they want their children — and their own contributions — to be valued and supported. The district can learn from that.

Charter schools are not the enemy, nor are they a panacea. But the heated philosophical battle needs to stop; that's what turns parents off.

Critics may blast charter schools as pawns of corporate reform. But parents see them as a safety valve in a school district that just keeps bumbling along.