FIRM SELECTED TO SEARCH FOR L.A. UNIFIED’S NEXT SUPERINTENDENT

This firm will search for L.A. Unified's new superintendent 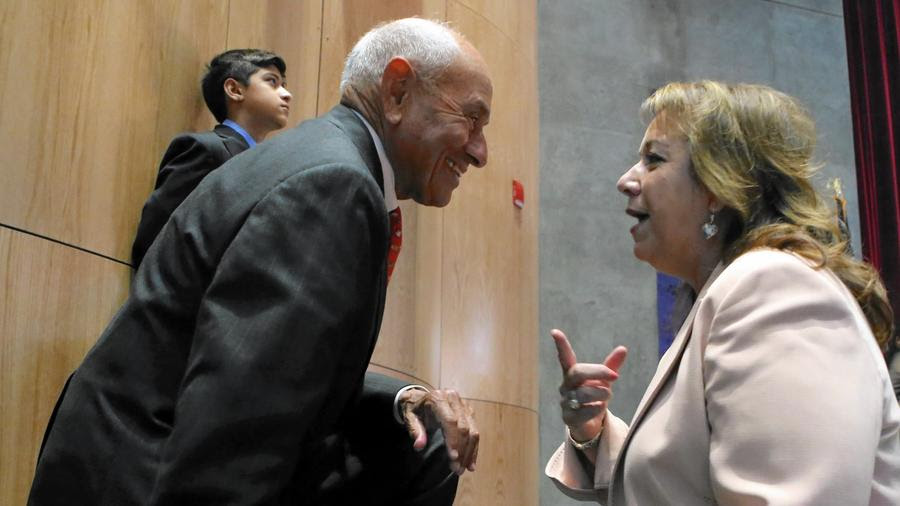 2 Sept 2015  ::  e search for a new Los Angeles school district chief moved into the open Tuesday, but it's not clear how long the effort will remain public.

The Board of Education selected an executive search firm that emphasized the need to keep the applicants secret until the choice is made.

"The more confidential a search, the better the candidates," said William Attea of Hazard, Young, Attea & Associates, based in Rosemont, Ill.

Any activity that potentially exposes candidates would affect who is willing to apply, Attea said. That's because individuals could damage their status in their current positions if they sought the L.A. Unified post and didn't get the job.

"We want a transparent search, except for identity of candidates," Attea said.

Hazard got the job after a presentation to the board that also emphasized its national reach and the need for members to be as clear as possible in deciding what they wanted. The firm also presented a well-known local face to the board as a key advisor, veteran administrator Darline Robles, former superintendent of the Los Angeles County Office of Education.

School board President Steve Zimmer has said the board needed to select a search firm no later than Sept. 15, but officials clearly were ready to act 10 hours into a day of private and public meetings.

The board has set aside $250,000 plus expenses for the contract.

Hiring a schools chief is one of the most important duties of an elected board of education. The next schools chief will provide direction for the nation's second-largest school system — one beset by declining enrollment, financial hurdles, disappointing student achievement and broad public skepticism.

"This is singularly the most important search that is happening in our nation," Zimmer said. "I would argue to you that this is the single most important job in public education in America."

Board members made their choice two days after selecting two firms to interview, following a lengthy and unusual Sunday meeting, most of it in private.

The board is under pressure to find a successor to Supt. Ramon C. Cortines. His contract runs through June 2016, but Cortines, 83, said he would prefer to leave by the end of the year. He came out of retirement to take the top job in October after John Deasy resigned under pressure.

On Tuesday, board members heard presentations and asked questions of two search firms, Hazard and Leadership Associates, based in La Quinta: Both firms had at least 45 minutes in open session with the board.

In brief deliberations, the strongest opinion was offered by Richard Vladovic on behalf of Leadership Associates. He said his endorsement was partly based on working with the firm when, earlier in his career, he was chosen as superintendent of West Covina Unified.

Vladovic also criticized Hazard's handling of the superintendent search in Boston, which became a protracted process. The effort ended with the selection of senior Los Angeles district administrator Tommy Chang. Vladovic said he was not faulting the choice of Chang but rather the public and political maneuvering involved.

Board member George McKenna said that the problems in Boston probably had more to do with how city officials managed the selection. He said he believed either company was capable.

Board members made a point to praise the presentations of both firms before settling on Hazard with little elaboration.

Even Vladovic ultimately voted for Hazard in the interest of making the choice unanimous. Five firms has applied to conduct the search.

Attea said his push for secrecy was not meant to exclude public input. He said there could be numerous public forums and surveys, with a large role for an appointed committee that represents the community. Such a committee could even help screen candidates, but at a potential risk to confidentiality, he said.