LA Times Editorial: WHAT WILL THE COMMON CORE TEST RESULTS SHOW? Comparing these results with the old ones would be like comparing apples and porcupines

By The Times Editorial Board | http://lat.ms/1KZkdP9 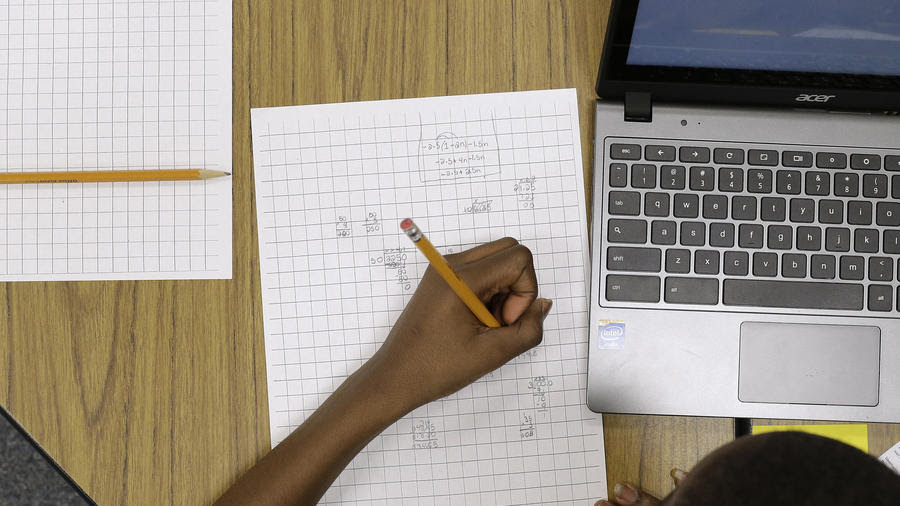 8 Sept 2015  ::  Californians have already been warned — and warned again — not to expect Tuesday to be pretty. That's when the state releases the results of the new standardized tests that go along with the controversial Common Core curriculum standards. Everything about this process has been new and different: a different set of academic expectations in English and math, a different curriculum based on those expectations, and a different style of teaching that aims to guide students toward better thinking, problem-solving and writing rather than regurgitation of information.

And, of course, markedly different tests, taken by computer, that shift as the student completes each question. Got it right? The next question will be tougher. Got it wrong? The next will be easier.

New York, which leaped into high-stakes Common Core testing faster than most other states, botched the rollout. The scores released two years ago were so bad that parents rebelled against the entire set of curriculum standards, and tens of thousands of them started opting out of the tests.

Other states have seen less of a backlash. Their test scores this year have been decidedly lower than they were before Common Core, but not as bad as officials had feared. Overall, about half of students have been testing as proficient in English, but the numbers in math have been much lower.

It would be a mistake to compare these new results with the old ones; that would be like comparing apples and porcupines. -

Where will California — and especially the gargantuan L.A. Unified School District — fall? School officials have had the results for weeks but have said little except that parents and the public need to be realistic about their expectations. That doesn't bode well. At this point, at least, no schools or teachers in the state will face consequences as a result of the scores. The more important question, though, is whether the test results will show that students are mastering the standards.

It would be a mistake to compare these new results with the old ones; that would be like comparing apples and porcupines. And it'll be years before it becomes clear whether the new tests and the new curriculum live up to their promise. We cheer any effort to shift pedagogy from rote memorization to teaching students how to research, analyze and write, and it's supposed to be more difficult to “teach to the test” in Common Core, both because the test shifts with each student and because it requires students to demonstrate their problem-solving skills by showing how they arrived at an answer.

This may be only the start, the baseline for future improvement, but California will get an immediate sense of how it's doing, because it belongs to a consortium of more than a dozen states that gave similar Common Core tests. If indeed California's test results are significantly worse than the others', state education officials should waste no time figuring out why.