by Mary Plummer with Will Craft | KPCC | http://bit.ly/1MboHSp 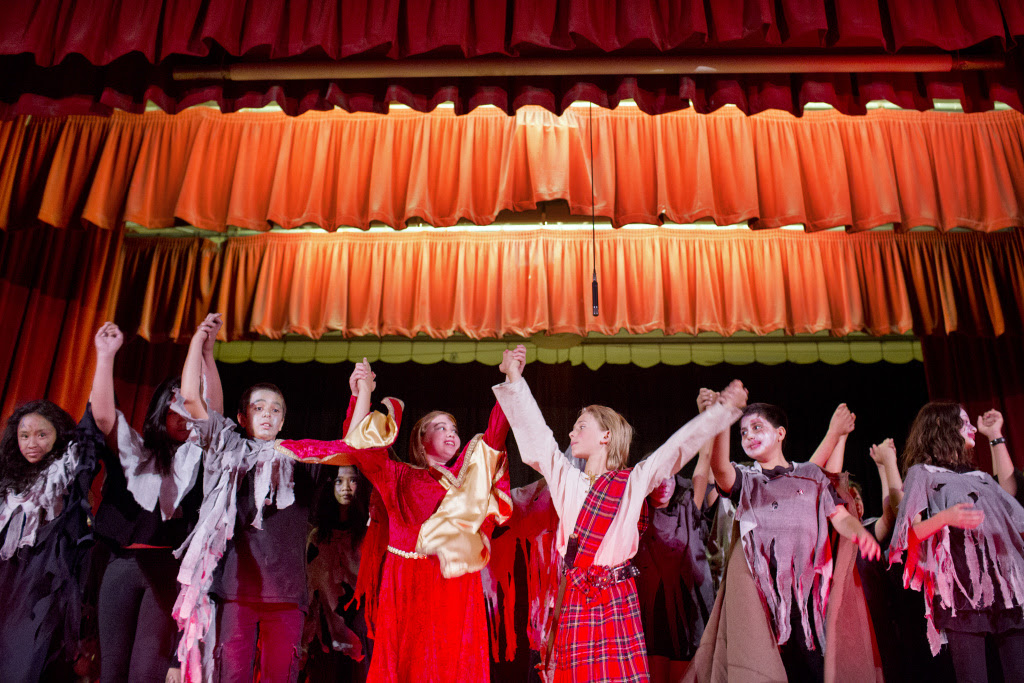 August 04 2015  ::  Some art teachers are protesting as Los Angeles Unified expands a plan to provide arts education to more students by shortening the time spent on each subject.

Under the plan, elementary students would receive nine weeks of instruction in each of four art forms — visual arts, theater, music and dance. Historically, these were taught in longer increments of up to one year.

The program, known as the Creative Network Pilot, launched last year in 31 schools and will expand this fall to an additional 10 schools. Third to sixth-graders take part in the program. Younger students at the schools involved receive instruction in the arts that is blended into other subjects throughout the school day.

Many art teachers expressed concerns when the district first rolled out the nine-week pilot program. The move to expand it is renewing their worries.

Katherine Williamson, a long-time elementary music teacher, described the nine weeks of instruction as a "breadcrumb" approach. She sees the program as a rollback rather than an expansion of arts instruction in the district.

"It just doesn't make sense to me. And every art teacher that I talk to — we're just dumbfounded that we would go backwards," she said.

The criticism comes as LAUSD and other California school districts struggle to comply with a state law that mandates arts education in public schools for all four core art subjects. The districts have generally said they lack resources to provide the required instruction.

"This is a step in the right direction when we talk about, you know, access and equity for all," he said. But Pullens acknowledged the program has its limitations.

"There certainly, in this model, are some structural deficiencies in the sense that students are getting arts exposure, but they're not getting the same depth of instruction that we would actually like them to have," he said.

Pullens said as more funding becomes available, the district is looking at expanding the program from nine weeks for each art form to a full semester per subject.

When the program was announced during a school board meeting in April 2014, Steven McCarthy — the district's head of arts education at the time — described the new program as a bit of a step backwards. “This is pruning,” he said at the time.

But in a report released in May, which McCarthy helped prepare, the program was described more positively:

"The Creative Network pilot is both ambitious yet practical in that it has uniquely marshalled the limited arts financial resources, instructional time, and teacher talents to effectively implement an arts education model that can positively affect future equity and access to the arts far all LAUSD students."

The report also notes the district is currently out of compliance with the state's education code, which requires that first through 12th-graders have access to arts instruction every year of their public school careers. Under the current system, which the report calls “void of equity and access,” a student could go through elementary school without receiving any formal arts instruction.

Data update: Check to see if your school is part of the pilot program

According to district officials, 31 elementary schools volunteered to be a part of the Creative Network Pilot program for the 2014-2015 school year. The table below gives a detailed picture of arts education at some of the schools that participated in the program. The data comes from a survey that LAUSD sent out to school principals asking detailed questions about arts education at each school.

Some caveats regarding the data: Not all the schools that participated in the nine week program filled out the survey. The 26 schools that filled out the survey and participated in the new program are listed below, along with information on the time spent in different subjects, the percentage of students at the school that receive an arts education, and their Arts Equity Index Score.

The Arts Equity Index Score is a rating that the district assigned to schools based on the answers to the arts survey; it's a broad measure of the success or failure of the school to provide students an arts education. It is calculated by assigning different levels of importance to 14 different survey questions that each have a different maximum score. The higher the score, the better the school is doing with respect to that category. There were 89 possible points. The 14 questions measure things such as instructional time in different disciplines and the budget for art supplies and resources. Though instrumental music is not a part of the program, it is a part of calculating the equity index score, which is why it is included here.

Additional elementary schools that will be added to the program for the 2015-2016 school year: 2nd Street, Aragon, Clifford, Fletcher, Ford, Hillside, Logan, Burbank, Fullbright, Hubbard, Mayall. (One school, Blythe, from the 2014-2015 pilot year is dropping the program.)