FIXING THE NO CHILD LEFT BEHIND LAW: How the House and Senate plans differ 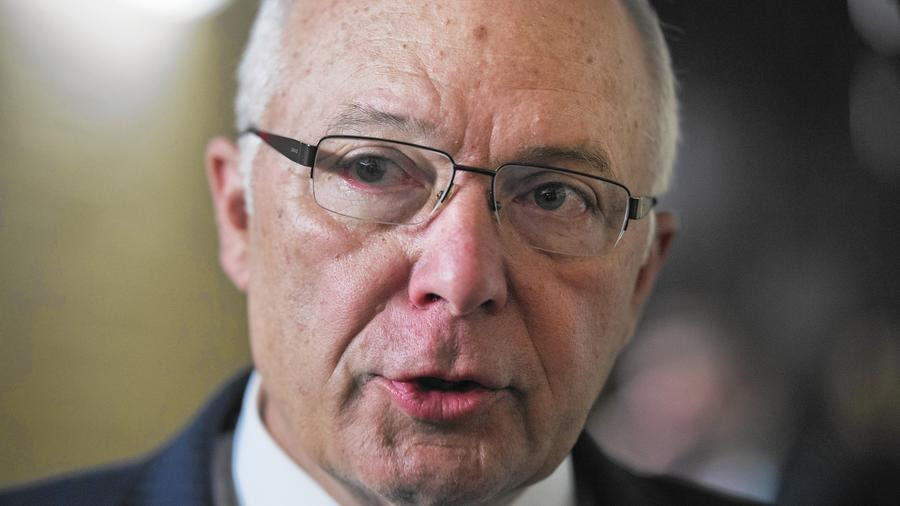 11 Aug 2015 (Washington DC)  ::  Both the House and Senate have passed fixes to the No Child Left Behind law, the signature educational achievement of the George W. Bush administration, which requires schools to meet strict testing requirements.

But as the chambers try to agree on a solution, lawmakers remain sharply divided over key issues.

The House bill, which would curtail federal standards and permit states to impose their own curricula, did not garner a single Democratic vote, and President Obama has threatened to veto it.

Fifty million children and 3.5 million teachers deserve to get a result, and we should be able to achieve that. - Sen. Lamar Alexander (R-Tenn)

Rep. John Kline (R-Minn.), chairman of the House Education and Workforce Committee, emphasized the need to end the current policy "where Washington's priorities have outweighed what parents, teachers and local leaders know what is best for their children." Kline labeled it a "one-size-fits-all approach, which landed many schools in the failing category."

He will head a committee expected to convene in September to reconcile House and Senate bills. Here's a look at questions and answers surrounding the legislation:

What do the House and Senate bills agree on?

Both measures take steps to ease the effect of federal testing and return greater control over education to states. They would also lessen federal say over establishing nationwide achievement standards, like the so-called Common Core, which critics have labeled an attempt to federalize what students are taught.

The bills would repeal what opponents see as the more onerous requirements of the No Child Left Behind law, such as mandating that students make adequate yearly progress or be sanctioned. Lawmakers view these requirements as denying schools the flexibility to deal with the needs of individual students.

Both chambers have made it clear that the Education Department should not be involved in standards assessments and would prohibit the federal government from getting involved in or imposing curricula on states.

"While there are important differences, the consensus supporting the framework for the House and Senate bills is the same: Continue the law's important measurements of academic progress of students but restore to states, school districts, classroom teachers and parents the responsibility for deciding what to do about improving student achievement," said Sen. Lamar Alexander (R-Tenn), chairman of the Senate Health, Education, Labor and Pensions Committee.

Both bills maintain annual assessments in third through eighth grades and once in high school, while aiming to end the era of high-stakes testing. States would still need to publish breakdowns of test results by student groups.

What's in the House bill?

Although the bill requires annual testing, it would let parents and children opt out without repercussions to their schools. The bill repeals many regulations in the No Child Left Behind law to restore control to states and schools. House Republicans see this as eliminating duplicative programs and instead allowing local educators to spend funds where they believe they will have the greatest benefit.

It allows for federal assistance that goes to children in low-income families to be transferred to a new public school or charter school if parents decide to switch schools — a contentious provision.

Democrats and the Obama administration have opposed this proposal, saying it would deprive the neediest schools of funds.

Republicans see the provision as a way to enhance school choice for low-income students.

What's in the Senate bill?

The Senate's version would also strengthen state and local control while ensuring that those states meet minimum federal parameters. The bill ends federal test-based accountability, but unlike the House bill, it still mandates that states include those annual test results in measuring schools' accountability. The bill also helps states support teachers and fix their lowest-performing schools. It consolidates some federal education programs but also adds some, such as for early education.

The Senate bill passed by an 81-17 vote in a rare show of unity.

What are the sticking points?

Funds following students: House Republicans strongly support a system in which federal funds follow low-income students to the public or charter school their parents send them to. Democrats strongly oppose this, saying it ultimately takes money away from the schools that need it the most.

State versus federal control: One of the main disagreements between members of the Senate and House is the level of the federal involvement and who should make educational decisions for students. The House bill gives more control to the states. Yet conservative groups like Heritage Action for America have voiced opposition to both bills, saying neither goes far enough to restore power to the states and local governments.

A committee consisting of members from each chamber will craft a single bill out of the two conflicting measures. Legislators are clear on where they agree and hope to tackle those first.

"There is a lot of work to do in the coming months, and I am confident we will be able to craft a bicameral education bill that reduces the federal role, restores local control, and empowers parents and education leaders," Kline said.

Kline's Senate counterpart, Alexander, echoed that. "Fifty million children and 3.5 million teachers deserve to get a result, and we should be able to achieve that."