August 06, 2015 (Calif.)  ::  The influential legal arm of the California School Boards Association requested this week that the state Supreme Court review a June decision that struck down a school lease-back construction project, if only to sort out the confusion the ruling has caused.

CSBA’s Education Legal Alliance, at the forefront of litigating key education issues since 1992, added its voice to that of Fresno Unified in calling last month upon the high court to overturn the 5th District Court of Appeal’s decision.

“The Court of Appeal decision striking down a lease-leaseback school construction contract stands in contrast to other decisions that have approved them,” wrote attorneys Keith Bray and Joshua Daniels to Chief Justice Tani Cantil-Sakauye in a letter dated Aug. 3.

“The Court of Appeal decision has created significant confusion and uncertainty regarding the viability of (lease-leaseback) contracts,” they said. “The result is that many facility projects have been put on hold, cancelled or scaled back – harming students, districts, county offices of education and taxpayers.”

At issue is an agreement Fresno Unified entered into with a local construction company which served as both a pre-construction consultant and later as the primary contractor for building a new elementary school.

As framed by Fresno Unified, the new school project utilized long-standing state laws allowing a “lease-leaseback” arrangement where a district can lease a piece of property to a contractor for a minimum amount of money while a facility is being built or renovated. Under these terms, the contractor would then sublease the facility back to the district, which then makes payments to cover the cost of the construction.

The laws are an exception to the open bidding rules, have been in place since the 1950s and are used frequently, covering billions of dollars in school facilities.

A San Diego-based attorney filed suit, arguing that the district was violating open bidding laws.  But a secondary question emerged: whether the construction firm had a conflict of interest because of its role as a pre-construction adviser – the appellate court ruled, should be further litigated. The plaintiff claimed because the contractor was engaged in developing the building plans and specifications that there had been a violation of conflict of interest rules.

The appeal court sent the question back to Superior Court for a decision on whether the company should return $37 million Fresno Unified had paid for the new school.

The attorneys for CSBA said the high court should intervene given the importance of the case to school facility operations and the current economic restraints.

“Districts and (county offices of education) cannot meet their distinct and unique facility needs using just the traditional method of financing,” they wrote, noting that currently the Legislature has taken no steps to renew long-standing commitments to partner with schools on new and remodeling projects.

CSBA attorneys argued that lease-leaseback arrangements have been upheld by the courts,  most recently just last year by a different judicial panel, the Fourth District appellate court.

On the issue of conflict of interest, the Fresno ruling was in error, the litigants said, noting that in at least two prior cases, corporate contractors were not found to fall under the definition of public “employee.”

If allowed to stand, schools would lose the ability to hire a firm to do both pre-construction and contracting – a distinction that often saves districts both time and money. 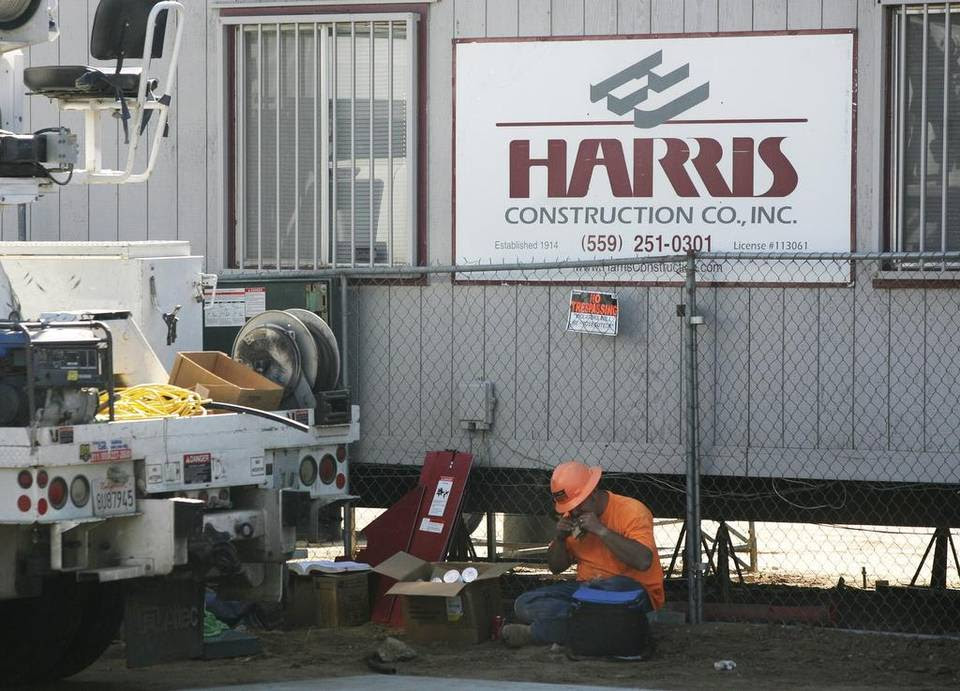 7 Aug 2015  ::  The Los Angeles Unified School District is supporting Fresno Unified in its fight against a recent appellate court ruling that questions the intent of Fresno’s use of no-bid contracts.

L.A. Unified is undertaking a massive bond-funded school construction program and has spent billions of dollars on leaseback contracts. In the brief, attorneys for L.A. Unified say that the appellate court’s opinion has created “uncertainty and conflict” regarding school districts’ leaseback contracts and contradicts previous court decisions that upheld districts’ use of them.

Fresno Unified Superintendent Michael Hanson released a statement late Thursday night praising L.A. Unified’s decision, saying he hopes the recent scrutiny will lead to a win for his district and adding “we don’t have anything to hide.”

“Nothing speaks louder in terms of legitimacy than the largest district in the state committing billions in taxpayer dollars to lease-leaseback as an effective, financially viable means of enhancing school facilities,” Hanson said.

Leaseback agreements are an alternative method to the regular bidding process and were designed to allow cash-strapped districts to build schools by handpicking consultants who will front the cost of a project and then be repaid by the district in increments over time.

But the 5th District Court of Appeal said in Fresno Unified’s case — in which Harris Construction was paid to build Rutherford B. Gaston Middle School — the leaseback agreement wasn’t used the way the law intended. The court found that the contract in question was a leaseback agreement in name only, since Fresno Unified had the money to pay for the project upfront. Critics have since questioned whether the leaseback method was used in order to favor Harris Construction.

Fresno Unified has spent just over $225 million on 25 lease-leaseback projects and I don’t think any of the students, teachers or staff in those buildings, many of which were falling apart, would say it hasn’t been worth it.

Local contractor Stephen Davis took Fresno Unified to court, asking that the millions spent on the Gaston Middle project be returned to Fresno Unified. Davis also alleges that the school district broke conflict of interest laws by allowing Harris Construction to provide pre-consulting services for a project it was ultimately awarded.

Fresno Unified has since filed a petition for review, asking the state Supreme Court to reconsider the 5th District’s opinion. Fresno Unified notes that leaseback contracts have been widely used by school districts across the state for years and are the easier, more affordable option. Earlier this week, an attorney for Davis asked the high court to deny Fresno Unified’s request, saying the appellate court “has merely blown the whistle” on years of cronyism and sweetheart deals perpetuated by the leaseback exemption.

Other organizations have also recently filed briefs in support of Fresno Unified, including the California Association of School Business Officials, the California School Boards Association and the Coalition for Adequate School Housing.

The Beverly Hills Unified School District has filed a brief in support of the Davis decision, saying it will reinforce public integrity.

Hanson said the district will continue a “commitment to transparency,” even though he has been mostly silent about the issue and has refused to answer specific questions about the Harris Construction deal.

“This is the one thing that I think should be abundantly clear to everyone in this state: lease-leaseback is a state-approved facilities improvement process that gives school districts the necessary flexibility to select contractors based on factors other than price alone and allows districts to focus on their qualifications, experience and past performance on projects similar in type and scope, etc.,” he said in his statement Thursday. “It eliminates the need to conduct a traditional hard-bid process for construction projects, which can often slow progress in making facilities upgrades. That’s it. The long and short of it.”