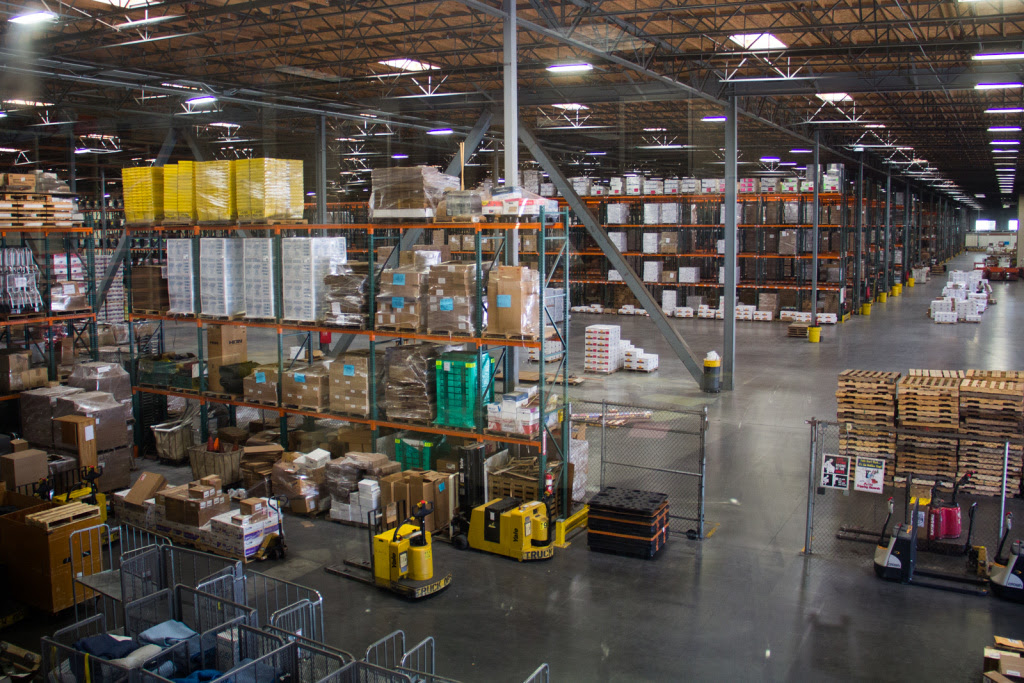 File photo: The head of the Los Angeles Unified School District's food services division resigned Friday. The district serves meals to about half a million students daily and operates warehouses that stores tons of food for the schools. Todd Johnson/KPCC

The audit also found that under Binkle’s leadership the division ran large operating deficits and that Binkle mismanaged a $1.5 million marketing program funded by companies with school district contracts.

Reached by phone, Binkle said his retirement was not related to the audit findings. “I believe it was in my best interest to move forward,” he said.

Binkle also complained about the district's investigation. “I was not treated fairly… I was never told what it was all about,” he said. After eight months on paid leave, he said he decided to retire from his job.

L.A. Unified’s food services division serves about a half a million students daily during the school year and operates on a $341 million budget.

The school district made big changes in the division five years ago in order to improve the quality of the food and to get more students to eat school meals. The audit found that costs did drop and more students were eating school meals.

But late last year, L.A. Unified pulled Binkle from his job and put him on leave. He continued to receive his $152,000 annual salary.

Binkle, who is 53 years old, said he doesn’t know what he’ll do in the future.