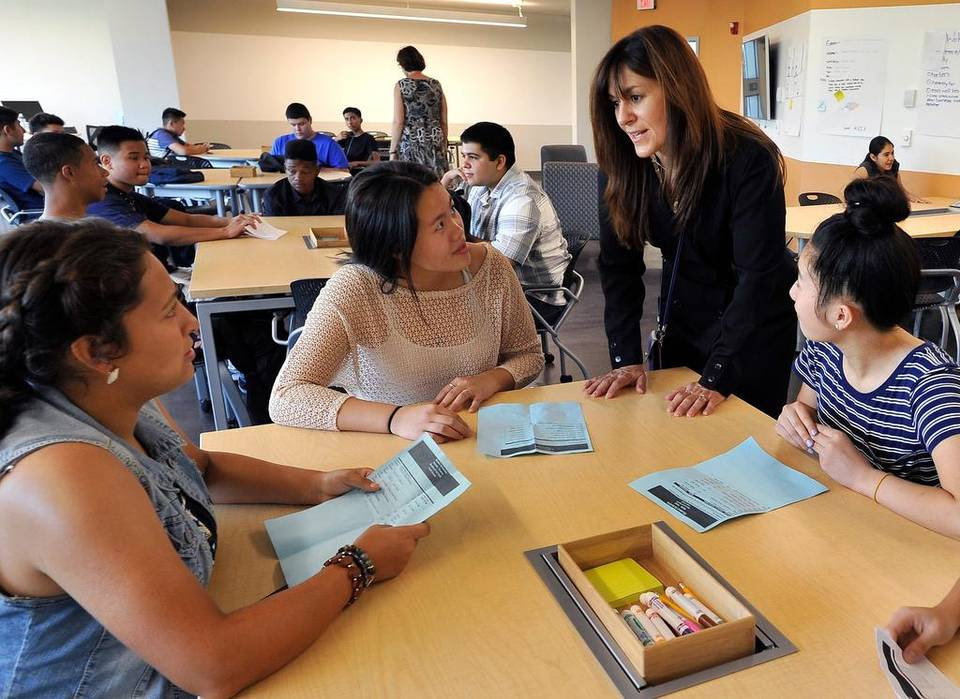 By The Fresno Bee Editorial Board | http://bit.ly/1U8AmSQ

22 August 2015  ::  We should have seen it coming. The numbers warned us. But like a bright and promising kid who forgot the summer reading assignment, California is scrambling as the school year opens, scurrying in this case to get qualified teachers to helm its classrooms.

Thanks to a perfect storm of demographics, economics and regrettable cutbacks, baby boom era educators are retiring in waves just as school districts are trying urgently to backfill teaching jobs they slashed during the recession.

Meanwhile, the college students who might otherwise replace them are being greeted by a rebounding economy and a tech sector that can make them a far better offer than a school teacher’s paycheck. All this as higher Common Core standards are being rolled out, leaving less margin for teacher error than ever before.

According to the Labor Department, 82,000 school jobs disappeared in California between 2008 and 2012 as the recession hit bottom. In that same time frame, according to the California Commission on Teacher Credentialing, enrollment in teacher preparation programs plummeted from more than 42,000 in the 2008-09 school year to fewer than 20,000 by 2012-13.

Even before the recession, teaching was ebbing as a career choice. The number of newly issued teaching credentials has fallen every year for a decade. Last year, the state issued fewer than 15,000. State education officials estimate districts will have to fill nearly 21,500 open teaching slots this school year.

One answer to the shortage is to make teaching more attractive, something public schools have struggled with for a generation. But paying teachers like engineers isn’t the only solution.

So the pipeline is broken. And last week, with school set to start on Monday in Oakland, for instance, the Oakland Unified School District was still down 30 teachers. Administrators or substitutes are expected to end up covering about a dozen classrooms.

So what’s to be done?

One answer is to make teaching more attractive, something public schools have struggled with for a generation. But paying teachers like engineers isn’t the only solution.

Once, for example, California offered all sorts of financial aid for education majors, plus teacher mentoring programs to make sure they stayed with the profession. But over the years, popular recruitment programs such as the Governor’s Teacher Fellowship and Cal Grant T programs have gone by the wayside.

In 2012, the one remaining state incentive for college students to go into teaching, a program that forgave student loans for new teachers who agreed to a stint in an area of high need, was zeroed out of the state’s recession-wracked budget.

Sen. Fran Pavley, D-Agoura Hills, has been trying to restore it. Her Senate Bill 62 would forgive student loans for 1,000 teachers in impacted areas at an extremely reasonable cost of about $3.75 million a year for four years. But the bill has stalled.

State lawmakers should, at the very least, bring back that pot sweetener, known as the Assumption Program of Loans for Education (APLE), and consider restoring other incentives, especially for math, science and special education teachers. Meanwhile school districts should devote some of their professional development dollars to mentoring beginning teachers, a third of whom typically quit within the first five years.

Finally, maybe it wouldn’t hurt to dial down on the teacher bashing. Some may resent the teachers’ unions, or simply feel that standards have fallen. But no one with talent wants to work for an employer who disrespects them, no matter how bright and promising the boss’ kids.