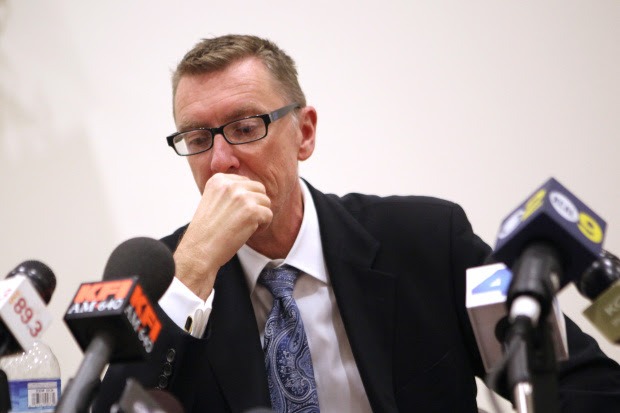 Feb. 16, 2012  :: The California Commission on Teacher Credentialing wrote Superintendent John Deasy a letter dated Wednesday informing him that the district was posing a "potential risk to student safety" by not filing timely reports required by state regulation when a teacher's employment status changes.

In the case of former Miramonte Elementary School teacher Mark Berndt, accused of spoon-feeding his semen to children, the district did not file paperwork with the commission until nearly a year after it moved to dismiss Berndt.

Nanette Rufo, the commission's director and general counsel, cites the California code of regulations in the letter, which warns Deasy that "failure to make a report required under this section constitutes unprofessional conduct. The Committee may investigate any superintendent who holds a credential who fails to file reports required by this section. (Emphasis added)."

Deasy, who holds a "clear administrative services credential," could not be reached for comment Thursday. District spokesman Thomas Waldman said he is in Sacramento all day testifying on the budget. Waldman could not confirm receipt of the letter.

According to the regulation, the superintendent must report the change in employment status no later than 30 days after the status changes when it is a result of alleged misconduct or an allegation of misconduct is pending.

From the letter, which is subject-lined "Re: Superintendent's Mandatory Reporting Requirement":

"In one recent case we have no record of a report related to the teacher after the final settlement was reached and were only notified that the teacher was charged with multiple counts of lewd acts upon children more than six months after final settlement was reached by your District with the credential holder. Although the Commission is aware that errors can occur, please be aware of the potential for harm to students by not meeting your mandatory requirement to report information to the Commission when credential holders separate while charges of misconduct are pending." 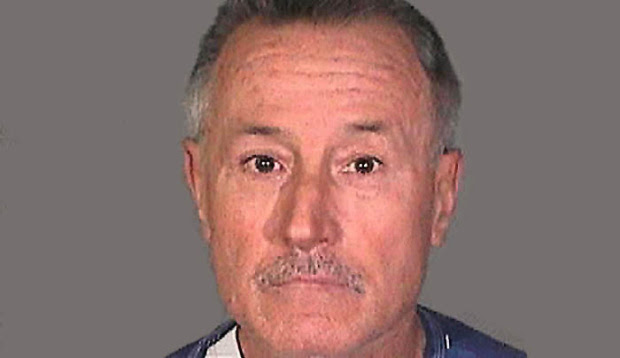 Feb. 16, 2012  ::  The Los Angeles Unified School District violated state law by waiting nearly a year to inform the agency that oversees teacher credentials that it had moved to dismiss former Miramonte Elementary School teacher Mark Berndt accused of spoon-feeding his semen to children.

The state's Commission on Teacher Credentialing suspended Berndt's credential on Jan. 31, the same day he was arrested and charged with 23 counts of lewd conduct on children. But according to the state code of regulations and the education code, the LAUSD should have informed the credentialing commission of Berndt's February 2011 suspension without pay by mid-March of 2011.

The district paid Berndt a $40,000 settlement in June to ensure, it says, that he would no longer work for LAUSD and resign. But with his credential intact, Berndt could have legally obtained employment as a teacher at another district up until January 31.

Steve Whitmore, a spokesman for the Los Angeles County Sheriff's Department, said that once L.A. Unified removed Berndt from the classroom "our interest in his status as a teacher stopped."

According to the state code of regulations and the education code, when certain actions have been taken against a teacher, such as a dismissal or suspension without pay for more than 10 days, the superintendent is required to inform the state's Commission on Teacher Credentialing of the change in employment status no more than 30 days after the action.

When the commission is notified it then has the ability to investigate and recommend a particular case go forward to its Committee of Credentials for review. During this process the committee can decide to take action against the teacher in various ways, including a private admonition, as well as suspending or revoking his credential, said Marilyn Errett, an administrator for the Office of Governmental Relations for the Commission on Teacher Credentialing. If a teacher is convicted of a crime, the credential is automatically revoked, Errett said.

"Even if a case is not necessarily a criminal case, or even if a court has not convicted someone of [something] criminal, we're still looking at unprofessional conduct," Errett said. "...It might not rise to the criminal conviction arena but it might be unprofessional."

The state code of regulations states that the "failure to make a report required under this section constitutes unprofessional conduct. The Committee may investigate any superintendent who holds a credential who fails to file reports required by this section."

Superintendent John Deasy, who holds a "clear administrative services credential," could not be reached for comment Wednesday.

In Berndt's case, the LAUSD moved to dismiss him on Feb. 15, 2011, and stopped paying him the next day. The commission should have been informed of this action by mid-March; however, the district sent no paperwork until Jan. 31, 2012, when it e-mailed the charging documents to the commission, said Errett.
Once the commission became aware of the charges against Berndt, it automatically suspended his credential as required by law, Errett said.

During the Los Angeles County Sheriff's Department's year-long investigation, Berndt, who appealed the dismissal Feb. 17, 2011, received a $40,000 settlement from the district, which included back pay for lost wages, reimbursement for health insurance payments, and $16,000 in legal fees, according to the documents. As part of the agreement, Berndt was reinstated, then allowed to resign on June 30 and thereby keep his lifetime health benefits.

District officials have said their goal was to avoid a lengthy appeals process that could take years and ensure Berndt was out of the classroom.

LAUSD board president Monica Garcia said the district has launched its own investigation into how the Berndt case was handled, and that it will be thoroughly reviewed by an independent commission led by retired California Supreme Court Chief Justice Carlos Moreno.

"I will be very interested in learning what the commission tells us...about our handling of all the information and [how it can] help us understand what needs to be changed," Garcia said.

Board member Steve Zimmer said that the district's failure to follow procedure was wrong, but that he didn't believe children were in imminent danger.

UPDATE: On Wednesday, the commission sent Deasy a letter informing him that the district's failure to provide a timely report on teachers posed a "potential risk to student safety."

Clarification: An earlier version of this post stated that Berndt had been dismissed. While the school board approved his dismissal Feb. 15, 2011, Berndt's appeal and later settlement agreement with the district allowed him to be retroactively reinstated to his post. He resigned June 30.

Tami Abdollah can be reached via email and on Twitter (@latams).