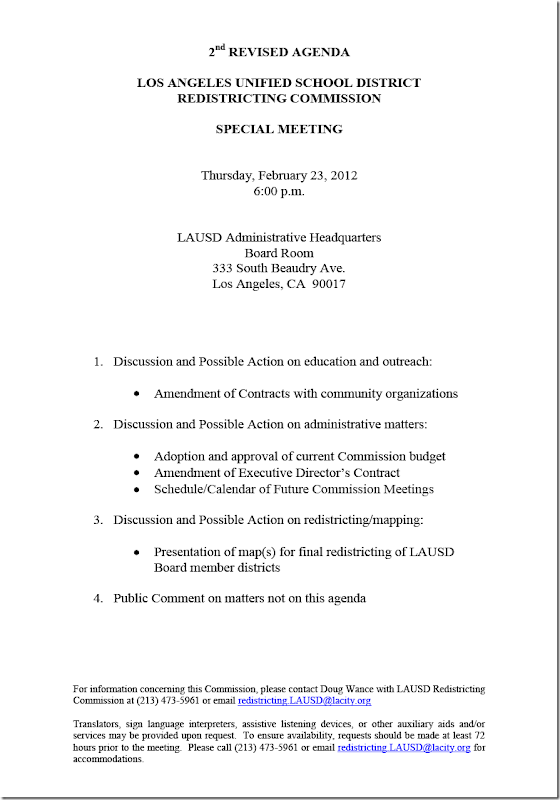 e-mail from the Board Secretariat to all Board members:

smf: This whole process has been as highly politicized as it could possibly be …only more so.

Tonight the LAUSD Redistricting Commission will probably recommend one of these plans to the City Council. The public testimony has supported variants of Plan A – with minimal support for the MALDEF map coming from MALDEF staff and scripted speakers.