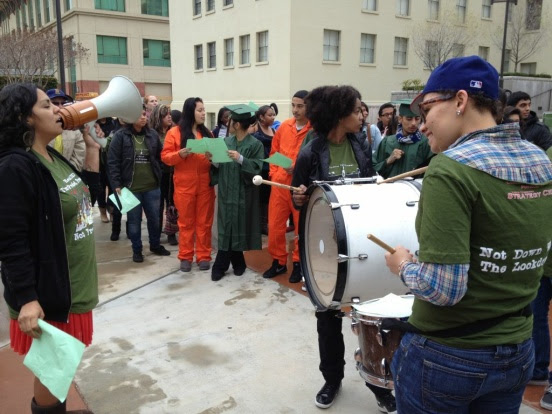 22 Feb 2012 - 12:28 p.m.   ::  L.A. City Council unanimously voted this morning in favor of changes to the city's daytime curfew law to improve how the city deals with its truant students.

The measure, proposed by Councilmember Tony Cardenas, is one piece of a countywide effort to more holistically address problems with student attendance and to focus on understanding why a student is late rather than punishing them with a $250 fine.

"The parent, the school, everybody is now attending to that young person and actually asking the question 'What's going on?,' and after asking the question, we're listening to them," Cardenas said. "That is the way we should be doing things."

Under the amended municipal code, police will no longer cite students on their way to class or running late. Students will also not be fined the first two times they are ticketed. And instead of appearing in court, they will be directed to a counselor. For a third offense, a $20 citation may be issued and the student must appear in court.

The city council directed Wednesday that the city attorney make the changes to the ordinance. The changes will be formally voted on Wednesday by the council, and then go on to Mayor Antonio Villaraigosa for signature. If signed, it goes into into effect about 30 to 45 days later, Cardenas said.

The vote is regarded as a major victory for reform backers, who have worked to gain such changes for years and argued that "get-tough" measures actually work against education goals. Students who are cited often miss more time in school because they must be in court; parents also must miss work with their minor children, which further compounds the impact of the fines on the family. Citations can cost more than $800 once court fees are tacked on.

"A punitive model is not a solution-based model," Cardenas said. "This is important, because any time you use punitive actions on things that should not be considered a crime...it's an entryway into the juvenile justice system."

Earlier this month, a county task force approved a report with far-reaching recommendations to deal with student attendance after more than a year of study. One of its recommendations included passage of this measure.