Following is a copy of the letter from the commission to Superintendent Deasy dated Feb 15.

As of Feb 22nd Dr. Deasy contends his office  has not received an actual copy of the letter …perhaps because it was addressed to the 14th floor when Deasy’s office is on the 24th?.

The letter was circulated in the media on Feb. 16th – originally on the Pass/Fail KPCC blog.   Deasy’s office has been in communications with the commission and does not dispute the letter’s existence and has admitted agreement with the letter’s findings. 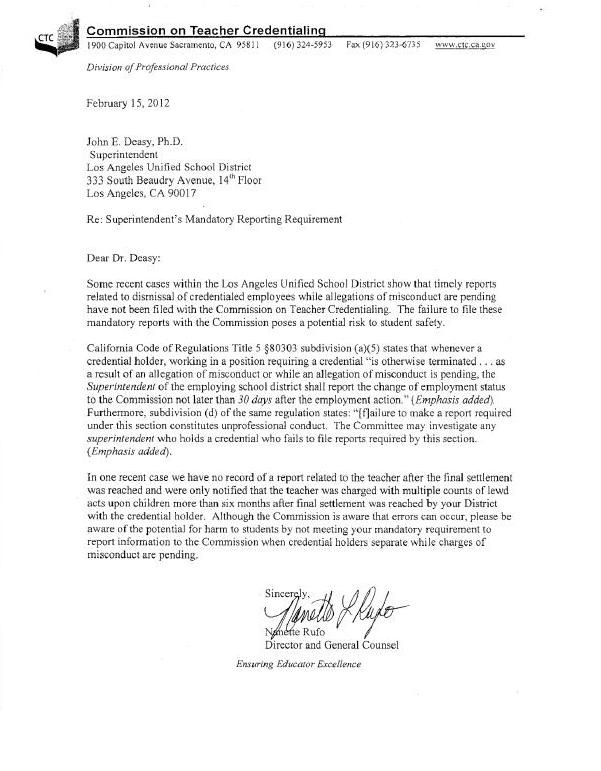