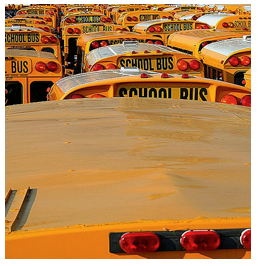 01.23.2012  ::  So let me get this straight: Los Angeles Unified School District allowed so many charters that now it has to woo students back to its own campuses, overhauled its entire lunch menu to make healthy food for kids who won’t eat it and now contemplates allowing parents to pick the schools their children attend.

With more pink slips looming on the horizon – and plenty of LAUSD employees already gone  -- one wonders how in these rough times of economic turmoil – it makes any sense to adopt  “early start,”  which means Los Angeles schools will start school this summer --  Aug. 14 district wide. That's three weeks earlier in blazing Los Angeles summer days – an action School Board Member Richard Vladovic is still shaking his head about.

No, the early start does not mean students will pick up more learning hours; they will just get out earlier –June 4 – in 2013.

No, this does not mean test scores will go up, which was one of kickers that triggered this “early start” calendar. The district’s own report reflects that test scores barely improved and that early start failed to bring up grades or increase attendance.

Even Los Angeles schools superintendent John Deasy recommended to the board that due to uncertainty with the state and federal budgets, it made more sense   to indefinitely postpone the calendar change.

So all I can ask is why are we doing this, something that will wind up probably costing the district more than it expects and in which Vladovic, reminds the board each meeting that “this is not the time” to do this?

He was so concerned in fact, he filed a resolution to postpone the move – an action he lost in a 4-3 vote in October. Board president Monica Garcia voted no to the postponement along with Board Members Tamara Gatzalan, Nury Martinez and Steve Zimmer.

Voting with Vladovic were the two board members who co-sponsored his resolution:  Bennett Kayasar and Marguerite LaMotte.

Vladovic, who serves the entire Harbor Area along with Carson, Gardena, Lomita and parts of south Los Angeles, bemoans the district wide action after 19 schools in the valley piloted the early start to see how it works.

According to Vladovic, it didn’t. It did improve the California Exit High School Exam, but did little else.

“It did not improve scoring,” complains Vladovic. “It did not improve AP testing or attendance. It didn’t raise the scores of schools. It  will cause havoc for after school programs. Sometimes, change is good. In this case, the timing is wrong.”

Because pink slips lawfully have to inform teachers of layoffs by March 15 -- and the state budget may not pass until the end of August -- Vladovic has decided to raise the issue at every board meeting imploring other members to reconsider.

I too am concerned even though it won’t impact me personally since my son is graduating this year. But as a parent, I’ve been overwhelmed by the erratic changes the district has undertaken, including putting my son’s high school in the “public choice” category which meant outsiders such as non-profits could bid on running the schools.

This quickly turned  problematic  – as I expected – when the non-profits or charters went primarily after newly constructed schools and ignored larger, cumbersome  LAUSD schools, such as San Pedro, Gardena and Carson high schools.

As fast as the “public school choice came,” it was quickly erased as rugged  competition emerged and the district began losing thousands of students – meaning huge losses of money since it receives average daily attendance (ADA) -- or $28 a day per student from the state.

Longtime San Pedro High School teacher Richard Wagoner said he’s still trying to figure out what the entire purpose  of the calendar change is. The schools already on early-start would have been allowed to continue to do so even if it wasn’t approved district wide.

“There is something very fishy about this initiative,” said Wagoner, a vocal proponent against the early-start calendar. “The valley was going to be allowed to keep their calendar. Yet principals from the valley took time away from their duties…to ensure that all schools are forced into early start in spite of the almost 100 percent opinion of those against it by the few that actually knew the vote was coming.

“I want to know what the early start board members stand to gain from this because it otherwise makes no sense.”

Truly, Wagoner is right. Some argue that it helps align high school aged students to the August college calendar system.

But is that enough reason to undergo anymore upheaval?

To use early start, LAUSD will have to use $20 million to punch it through, but it’s expected to recoup most – not all – of the money when the state pays the district ADA, said Jacob Haik, Vladovic’s chief of staff.

An LAUSD report says it will only cost $870,000 – but that probably means if it goes without a hitch. And if we know one thing about LAUSD, few things go without a hitch.

While I’ve talked to many teachers who aren’t troubled by it and a handful of parents also who said it wasn’t an issue for them, I still think there’s a key ingredient missing.

That is the why? Why, for heaven’s sake, would we do this?

(Diana Chapman is a CityWatch contributor and has been a writer/journalist for nearly thirty years. She has written for magazines, newspapers and the best-seller series, Chicken Soup for the Soul. You can reach her at:  hartchap@cox.net or her website: theunderdogforkids.blogspot.com) –cw