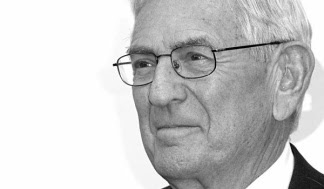 The Broad Foundation distributed about $90 million to efforts related to education over the course of the last two years.

Sixty-six organizations received grants, including Teach for America, Green Dot Public Schools and the Los Angeles Unified School District. Gregory McGinity, the foundation’s managing director for education, emphasized the society's particular commitment to schools.
"Our overall focus has really been [...] mak[ing] sure that every student has a chance to get a quality public school," McGinity said, "whether that’s a traditional public school or a public charter school."

In recent years the foundation’s focus on charter schools has generated criticism from many teachers' unions, who characterize the push as a way to privatize public education.

"We take some issue with Eli Broad in general," said Mike Myslinski, a spokesman with the California Teachers Association. "He's a billionaire dabbling in educational forms that seem to favor charters."

Myslinski added that there was no data proving private charters are better or worse than public schools on a national basis.

An article from the California teachers union-sponsored California Educator characterized Broad as "devoted to charters, merit pay for teachers, and the belief that schools should function as businesses."

According to their website, the Broad Foundations have assets of $2.1 billion.

●● smf's 2¢: By the numbers: HOW TO TELL IF YOUR SCHOOL DISTRICT IS INFECTED BY THE BROAD VIRUS | http://bit.ly/jqDocs