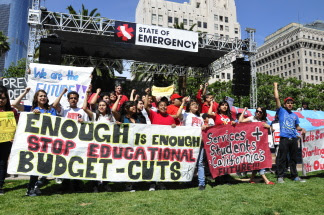 John Deasy told the school board Tuesday that if voters approve Gov. Jerry Brown's tax plan, that would only cover about $270 million of the projected deficit.

Deasy says he is working on a plan to further streamline district administration in order to stave off cuts affecting the classroom, as well a plan to ask voters to approve a parcel tax. A parcel tax was defeated in 2010.

The school board also wants Deasy to come up with a plan to stem declining enrollment, which further reduces district revenue. About 15,000 students leave the district annually.