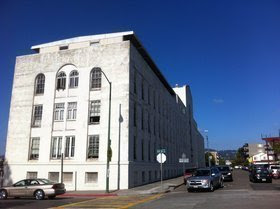 Date: Wednesday, January 4, 2012, 9:54am PST - Updated 11:15am PST  :: An initiative cleared for signature collection would change the way California school districts -- many of them strapped for cash -- count how many students attend class each day, by allowing online “attendance” as part of those numbers.

The initiative “Authorizes school districts, county offices of education, and charter schools to claim average daily attendance funding for student participation in approved online courses,” according to the California Secretary of State’s office.

Online courses would have to be taught, as classroom ones are, by teachers with credentials. But students in one district would be able to take online classes in any other district, which might make it easier for them to take what they need to apply to college.

The initiative cites a study from the University of California, Los Angeles, saying nearly 40 percent of students in the Golden State go to schools which don’t offer enough of the required courses for state university admission.

The state’s legislative analyst guesses local school districts could save a lot of money -- “hundreds of millions” per year in total -- if online teaching improved efficiency.

California, however, would likely have to shell out more money to school districts, as they are paid based on a head count of how many kids are in class each day. Boosting those numbers by counting online enrollment would change those payments, and the state might want to rejigger the system.

The initiative is named “The California Student Bill of Rights Act, Statutory Amendment,” No. 11-062.

Read the full text of the proposed initiative  following

●●smf’s 2¢:  Before you go rushing off to sign petitions, please take these two points into consideration:

Pennsylvania was one of the first states to allow full-time online schools and it now has the third-largest enrollment in such schools. Education costs per student in online schools are lower than in traditional schools, which have significant overhead costs. But test scores at online schools lag.

Dec 12, 2011 – A look at the largest online school company's operations raises serious questions about whether its schools — and full-time online schools in ..

Schools Matter: The Horror of Agora, and Other Online Charter Scams

Dec 14, 2011 – Despite lower operating costs, the online companies collect nearly as much taxpayer money in some states as brick-and-mortar charter schools ...

Description of the way the public has been deceived about charter schools. ... "online" cyber charters having no visible physical boundaries or school buildings. ... not only with hundreds of fraudulent, marginal, and inept schools, but also in loss ...