NO, THE SCHOOL NURSE IS NOT IN: The National Association of School Nurses reports that a quarter of schools don't have a nurse at all. 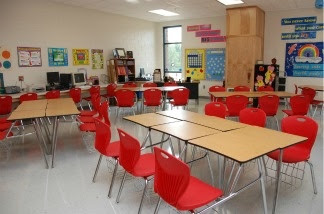 Jan. 3, 2012 :: More than half of American public schools don't have a full-time nurse, and the situation is getting worse as school systems further cut budgets.

This year, 51 were laid off in Philadelphia's public schools, 20 in a Houston suburb, 15 in San Diego and dozens more in other school systems nationwide.

Other schools have reduced their school nurse staffing.

At Githens Middle School in Durham, N.C., school nurse Valerie Mitchell is only there two days a week. Parent Suzanne Fuller chalks it up to luck that Mitchell was there the day her son, 12-year-old Rock, had a seizure. In addition to having seizures, Rock has an attention deficit disorder and cerebral palsy.

When the school had a fire drill a few months back, the sensory overload of the flashing lights, screaming alarm and rushing students was too much for Rock. His teacher thought he was having a seizure and called Mitchell.

Mitchell checked his vital signs, told the office to call his mom and cleared out the nearby students. She says Rock got through it without going into a full seizure — and he was OK by the time his mom got there. She says Mitchell made a huge difference.

"I was very lucky that she's here," Fuller says.

The rest of the week Mitchell bounces between four other schools. She's the only nurse at each one.

The National Association of School Nurses reports that a quarter of schools don't have a nurse at all.

"Children are coming to school with increasingly complex medical conditions that need to be managed on a daily basis. And when there is no school nurse available, those kids are not going to be well-managed in school, and so it puts them at risk for complications," Davis-Alldritt says.

And Davis-Alldritt says the staffing is getting worse. In the association's most recent poll, one-third of school districts surveyed said they reduced nursing in the past year. She says the recession has dried up local and state funding for school nurses.

Sue Guptill, director of nursing in Durham, says that's what happened in her district.

Guptill says almost none of Durham's public schools has a full-time nurse, and some schools go two weeks without a nurse visiting. She says students' health needs fall to teachers and other staff.

"You're asking someone who is not a health professional to make a decision about, 'Is it time to give the child medicine? Is it time to call a parent?' And if a kid is kind of quiet, and you've got a room full of kids, a teacher just might not notice," she says.

But there's often no one else to take care of students. At Githens Middle School, the only people trained to help diabetics inject insulin are a janitor and a records specialist.

Ryan Dozier, the records specialist, says Mitchell taught him what to do.

"Of course, you always hope that nothing serious ever happens. So that's kind of the nerve-racking part," Dozier says.

Back in the nurse's office, Mitchell shows a teacher's assistant what to do if a student has a seizure and she's not around. She tells the assistant that the timing is crucial.

"So he comes to me now at a quarter till, and saying, 'I don't really feel well.' You don't time it from there, you time it from the time that he goes out, has a seizure," she says. She explains that at that point, the child might be breathing very heavily or might get a little blue around the mouth as he struggles to breath.

Mitchell says this is an essential part of her job. She can't be at five schools at once, so she teaches staff members at each how to handle emergencies, and that sometimes, it's best just to call 911.